Former Kansas Secretary of State Kris Kobach is expected to announce a run for Senate on Monday after sending out a call to his supporters to gather in Leavenworth for an afternoon speech.

He filed to run Monday morning, although his Federal Election Commission filing initially misspelled his first name as “Chris.”

Kobach would seek to replace Republican Sen. Pat Roberts, who announced his retirement in January. Another Republican, American Conservative Union Chairman Matt Schlapp, is believed to be mulling a Senate run as well. (RELATED: Tom Steyer May Not Pass Up Presidential Run After All: Report)

It’s unclear how much support Kobach’s candidacy would receive from the GOP establishment. He lost a 2018 bid for governor to Democrat Laura Kelly even though Republicans outnumber Democrats in the state 2 to 1, reported the Kansas City Star. 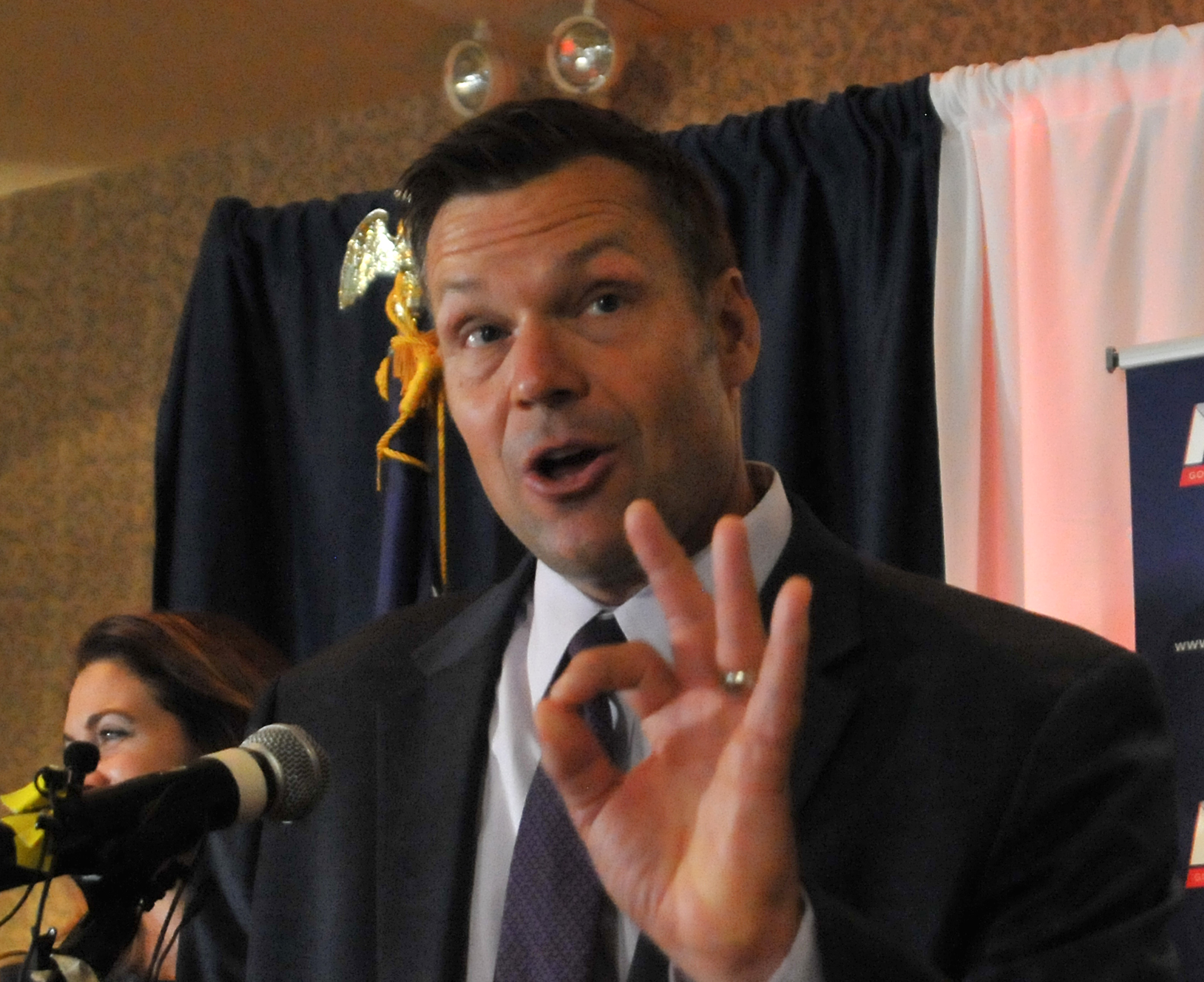 Republican primary candidate for Governor Kris Kobach, speaks to supporters just after midnight in a tight race with Jeff Colyer that is too close to call. (Photo by Steve Pope/Getty Images)

“Kansas Republicans deserve a nominee who can win. Given the result in last year’s gubernatorial race, we’re watching this race closely and will make a decision on our potential involvement when the time comes,” Jack Pandol, spokesman for the Senate Leadership Fund, said, according to the Kansas City Star.

Kobach has focused on immigration issues and was reportedly considered for an immigration policy position in the administration by President Donald Trump. He is also on the board of We Build the Wall, Inc., which raises money to build barriers at the U.S. southern border, reported Kansas City Star.