Billionaire Tom Steyer may not pass up a Democratic presidential run after all, according to a Politico report Monday.

Steyer, who is behind the anti-Trump “Need to Impeach” campaign, appeared poised for a 2020 run in January but backed off. Now the 62-year-old may have changed his mind as the Democratic field seems to be in want of a clear frontrunner. Politico cited three people familiar with Steyer’s plans in its report.

Steyer said he planned to run during a private conference call earlier in July with people working for Need to Impeach, his environmental nonprofit NextGen America and his Sacramento office, one of the people on the call told Politico. (RELATED: Jimmy And Rosalynn Carter Celebrate Their First Wedding Anniversary With This Title)

“He’s definitely focused on the [fact that the] economy is not as good as people are making it out to be,” the person said. 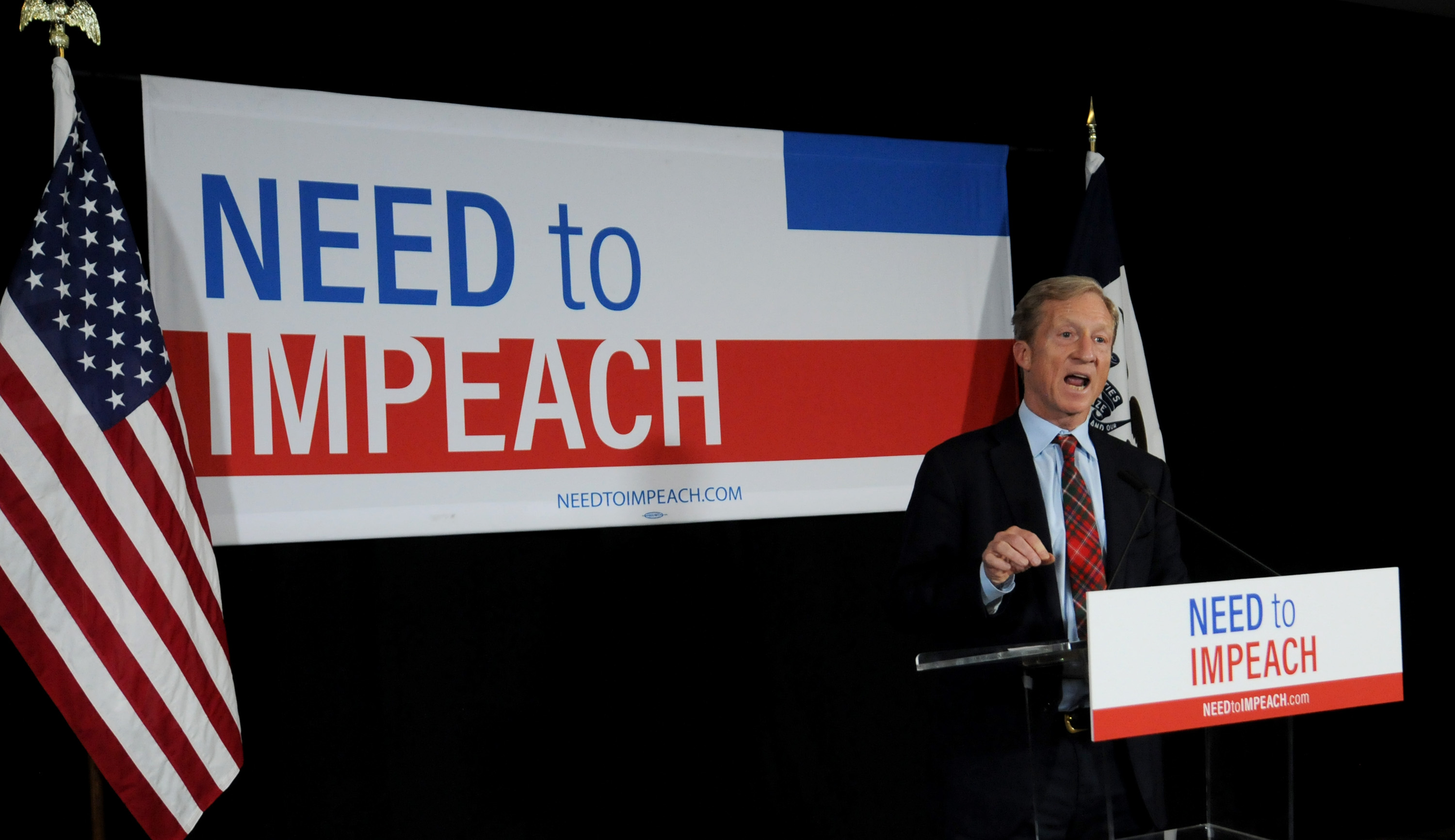 Billionaire Activist Tom Steyer speaks to supporters on January 9, 2019 in Des Moines, Iowa. Steyer announced that he would not run for president in 2020, and would instead concentrate his efforts on the possibility of impeaching President Trump. (Photo by Steve Pope/Getty Images)

If he does make the jump, Steyer will need to carve out his own space in the 2020 field. But one of his key issues, climate change, is already the focus of another candidate, Jay Inslee. Inslee’s campaign also hired people who have worked for NextGen America ⁠— Alex Fujinaka will serve as Inslee’s deputy political director and Maggie Thomas as deputy policy director.

Steyer is expected to pick NextGen America’s executive director Heather Hargreaves to manage his campaign, according to two people cited by Politico.

Steyer is vocal about addressing what he characterizes as a climate crisis but may not be on board with the Green New Deal like 2020 candidates including Independent Vermont Sen. Bernie Sanders and Democratic Massachusetts Sen. Elizabeth Warren.

Steyer did not immediately respond to the Daily Caller News Foundation’s request for comment.