Throughout the years, a number of American athletes have gone above and beyond to show respect for the national anthem and the country’s flag they represent.

From a mid-week game at Dodger stadium to the middle of a pole-vault pass at the Olympic games, athletes have stepped up on a number of occasions. (RELATED: Marine Veteran Barrels Into Left Wing Activists To Save Burning American Flag)

On April 25, 1976, Chicago Cubs outfielder Rick Monday saw a couple of protesters walk out onto the field, where they attempted to set an American flag on fire. Without hesitation he ran toward them, scooping up the flag and getting it to safety before they were able to light it.

#TDIH Thursday, 4/25/76, #Cubs OF Rick Monday rescues flag from burning during game at Dodger Stadium. Said our Arne Harris, who didn’t show it live, “I was worried they were carrying a bomb. I didn’t feel like having a closeup of a ballplayer maybe getting his head blown off.” pic.twitter.com/KT4o4Py2BX

On August 21, 2016, U.S. Army Reserve 2nd Lieutenant Sam Kendricks had already started running in his attempt during the qualifying rounds of the men’s pole-vault at the Olympics in Rio de Janeiro when he heard the opening strains of the “Star-Spangled Banner.”

Kendricks slowed to a stop, dropped his pole, and snapped to attention despite the anthem being played for an entirely different event.

Olympian and legal immigrant Bernard Lagat qualified for his fifth consecutive Olympic games on July 9, 2016. The 41-year-old had just completed a 5000m run, besting a field of men in their 20’s and 30’s, and he took a victory lap.

But halfway around the track, the small American flag Lagat was carrying got away from him. He stopped immediately, snatching the flag from the ground and kissing it. He then grabbed a larger flag and went on with his lap.

Hey @kerryeggers, what I really appreciate was when Lagat accidentally dropped the American flag and quickly picked it up and kissed it. 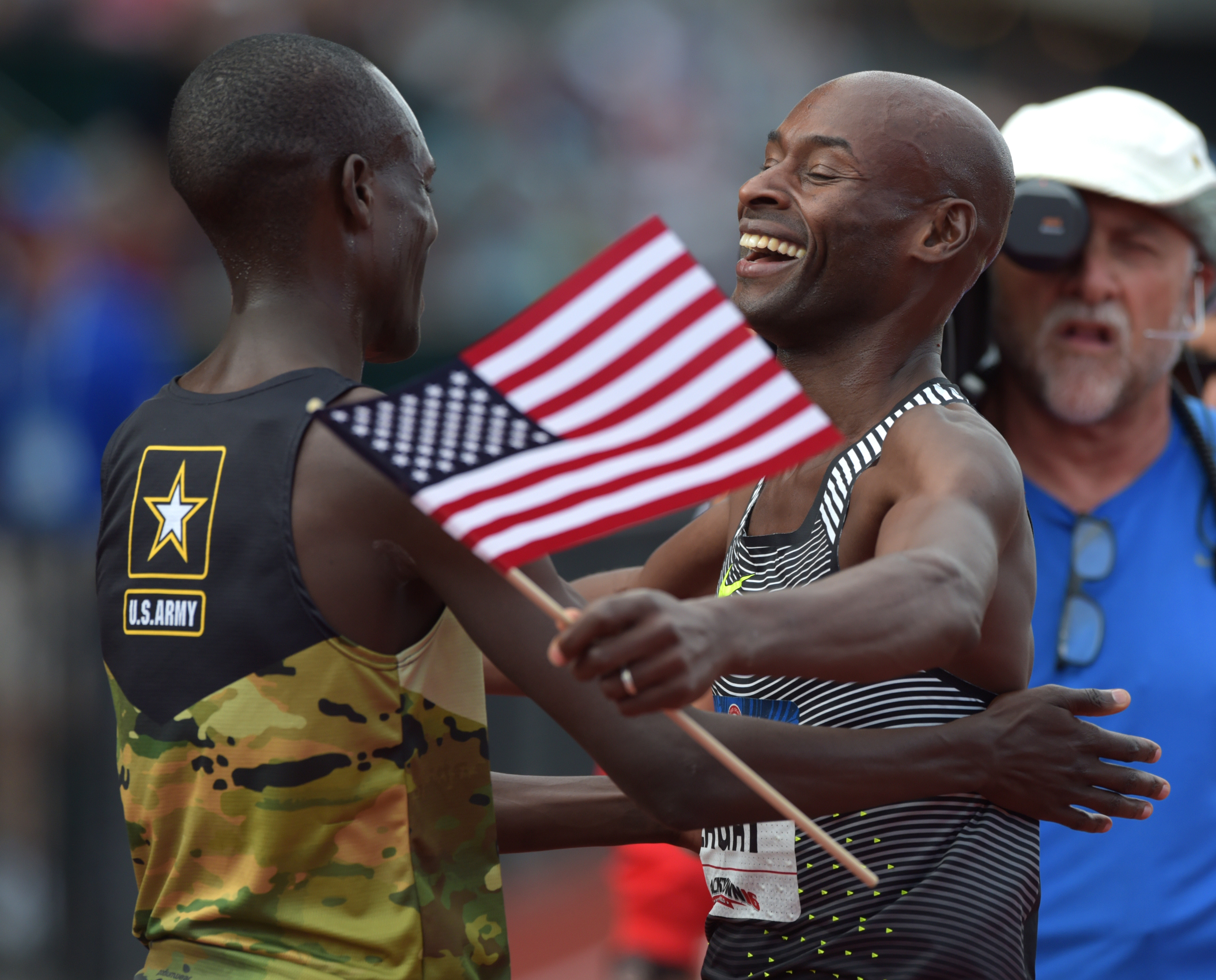 But incredible displays of respect for the U.S. flag and national anthem were not limited to just American athletes.

Jamaican track and field legend Usain Bolt once famously stopped a 2012 live interview in order to stand in silence while the U.S. national anthem was played for another event.