British Prime Minister Theresa May offered her “full support” Tuesday to her ambassador to the United States.

In a statement, May encouraged Ambassador Kim Darroch and noted it is important that foreign service officials are allowed to be “honest” in their appraisal of world leaders, Fox News reported.

Darroch described President Donald Trump’s administration as “clumsy and inept,” leading to Trump’s subsequent decision to sever contact with the ambassador over the sniping that was revealed in leaked diplomatic cables. (RELATED: British PM Theresa May Resigns After Bungling Brexit) 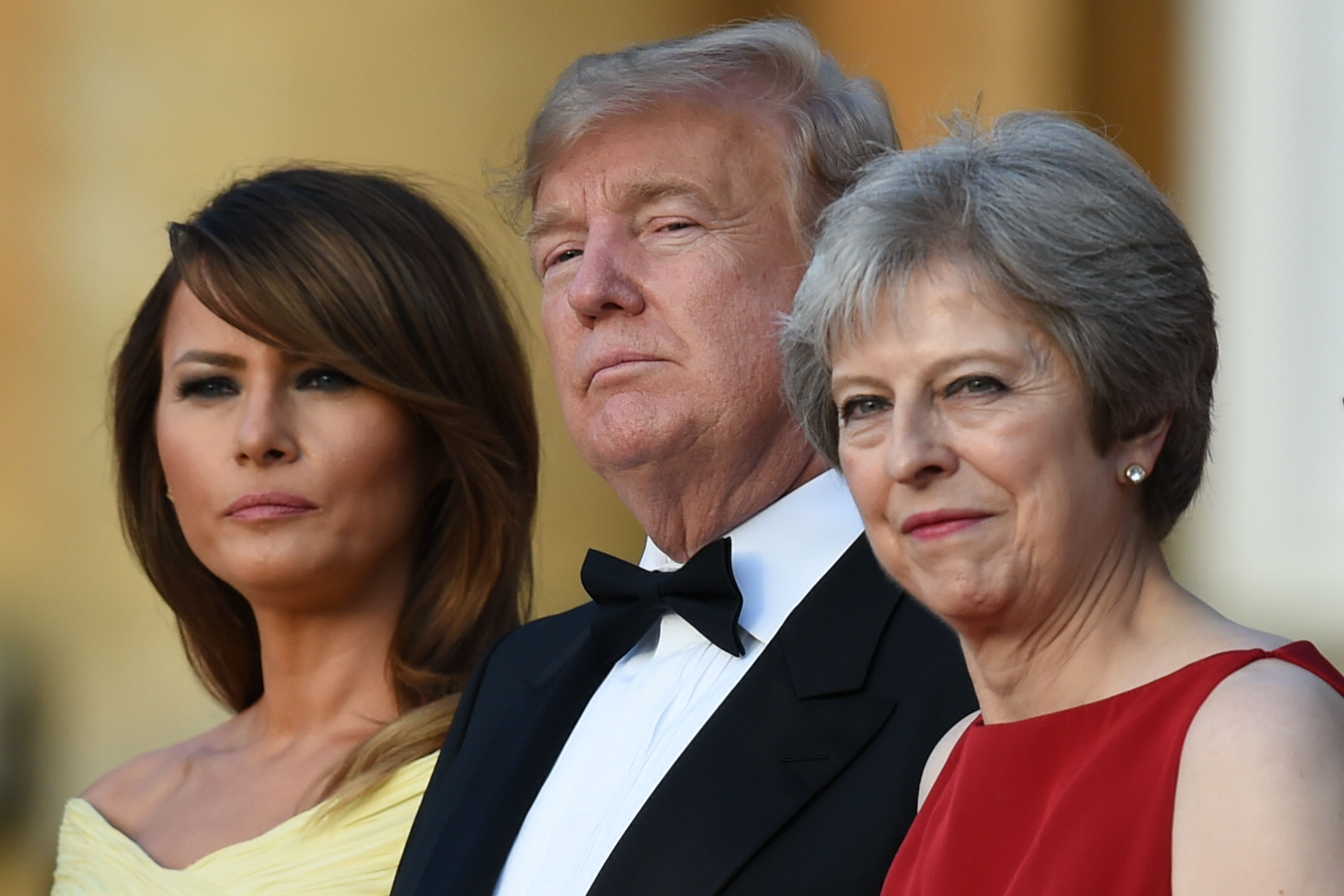 US First Lady Melania Trump, US President Donald Trump and Britain’s Prime Minister Theresa May stand on steps in the Great Court as the bands of the Scots, Irish and Welsh Guards perform a ceremonial welcome  (GEOFF PUGH/AFP/Getty Images)

May’s office said Darroch “continues to have the prime minister’s full support,” although “We have made clear to the U.S. how unfortunate this leak is” and that “the selective extracts leaked do not reflect the closeness of, and the esteem in which we hold, the relationship.”

But ambassadors cannot be subject to political censorship the statement argued.

“At the same time we have also underlined the importance of ambassadors being able to provide honest, unvarnished assessments of the politics in their country,” the spokesman added.

In the leaked documents, Darroch described the Trump administration as “diplomatically clumsy and inept” while expressing the belief that it would evolve into “substantially more normal.”

The memo was obtained by Britain’s Daily Mail and published Sunday. There could be other “unvarnished” observations from the ambassador that have yet to be made public, Fox suggested.

Trump has not laughed off the controversy, but has insisted that Darroch has not being doing a competent job and “he has not served the U.K. well.”

On Monday, Trump tweeted that he plans to freeze the ambassador out as a recognized British emissary, because “he is not liked or well … thought of within the U.S.” Trump also reserved some criticism of May over the way she “handled Brexit. What a mess … ” (RELATED: Nunes To Trump: Ask Theresa May About Brits’ Handling Of Steele Dossier)

I have been very critical about the way the U.K. and Prime Minister Theresa May handled Brexit. What a mess she and her representatives have created. I told her how it should be done, but she decided to go another way. I do not know the Ambassador, but he is not liked or well….

….thought of within the U.S. We will no longer deal with him. The good news for the wonderful United Kingdom is that they will soon have a new Prime Minister. While I thoroughly enjoyed the magnificent State Visit last month, it was the Queen who I was most impressed with!