“[Hezbollah] uses its operatives in Lebanon’s parliament to manipulate institutions in support of the terrorist group’s financial and security interests, and to bolster Iran’s malign activities,” Sigal Mandelker, Treasury’s undersecretary for Terrorism and Financial Intelligence, said in a statement.

The sanctions come after an Iranian official recently said the country raised uranium enrichment levels, something the shaky 2015 Iran nuclear deal was meant to prevent. (RELATED: Iran Announces Another Move That Could Mean It’s Closer To Nuclear Capabilities)

“[The organization] threatens the economic stability and security of Lebanon and the wider region, all at a cost to the Lebanese people. The United States will continue to support efforts of the Lebanese government to protect its institutions from exploitation by Iran and its terrorist proxies, and to secure a more peaceful and prosperous future for Lebanon,” Mandelker continued. 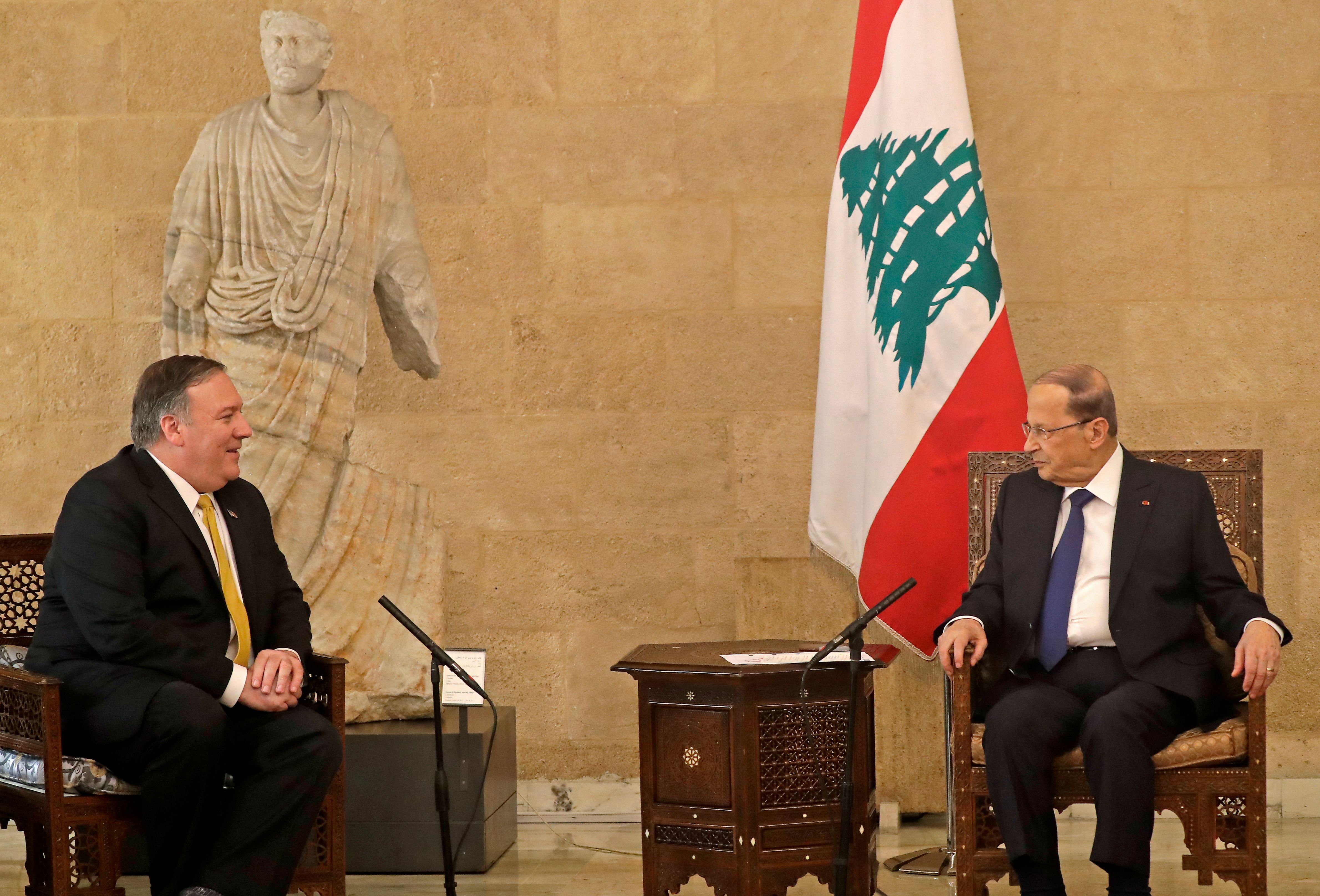 US Secretary of State Mike Pompeo (L) meets with Lebanon’s President Michel Aoun (R) at the presidential palace in Baabda, east of the capital Beirut on March 22, 2019. (JOSEPH EID/AFP/Getty Images)

The State Department first designated Hezbollah as a foreign terrorist organization in October 1997. Its ties to Iran are evidenced by the major expenditure cuts it was forced to make as a direct result of President Donald Trump’s 2018 sanctions on Iran.

The Treasury Department categorized Sherri and Ra’d as Hezbollah officials because the organization “makes no distinction between its military and political wings.”