House Democrats tweeted a photo from President Barack Obama’s administration to promote their investigation into “inhumane treatment” at the border before deleting the tweet Tuesday.

The Committee on Oversight and Reform announced a hearing advisory set for Wednesday titled “Kids in Cages: Inhumane Treatment at the Border” over Twitter. The hearing will be “examining” this alleged inhumane treatment after members of the committee witnessed the “grotesque treatment of children.”

The announcement was meant to be for the inhumane treatment allegedly occurring under President Donald Trump. The tweet included a photo, but there was just one problem.

The picture included in the tweet of children in cages was from the Obama administration, according to President Donald Trump’s 2020 presidential campaign. The photo was quickly deleted. (RELATED: MSNBC: No, Migrant Children Are Not Kept In ‘Cages’) 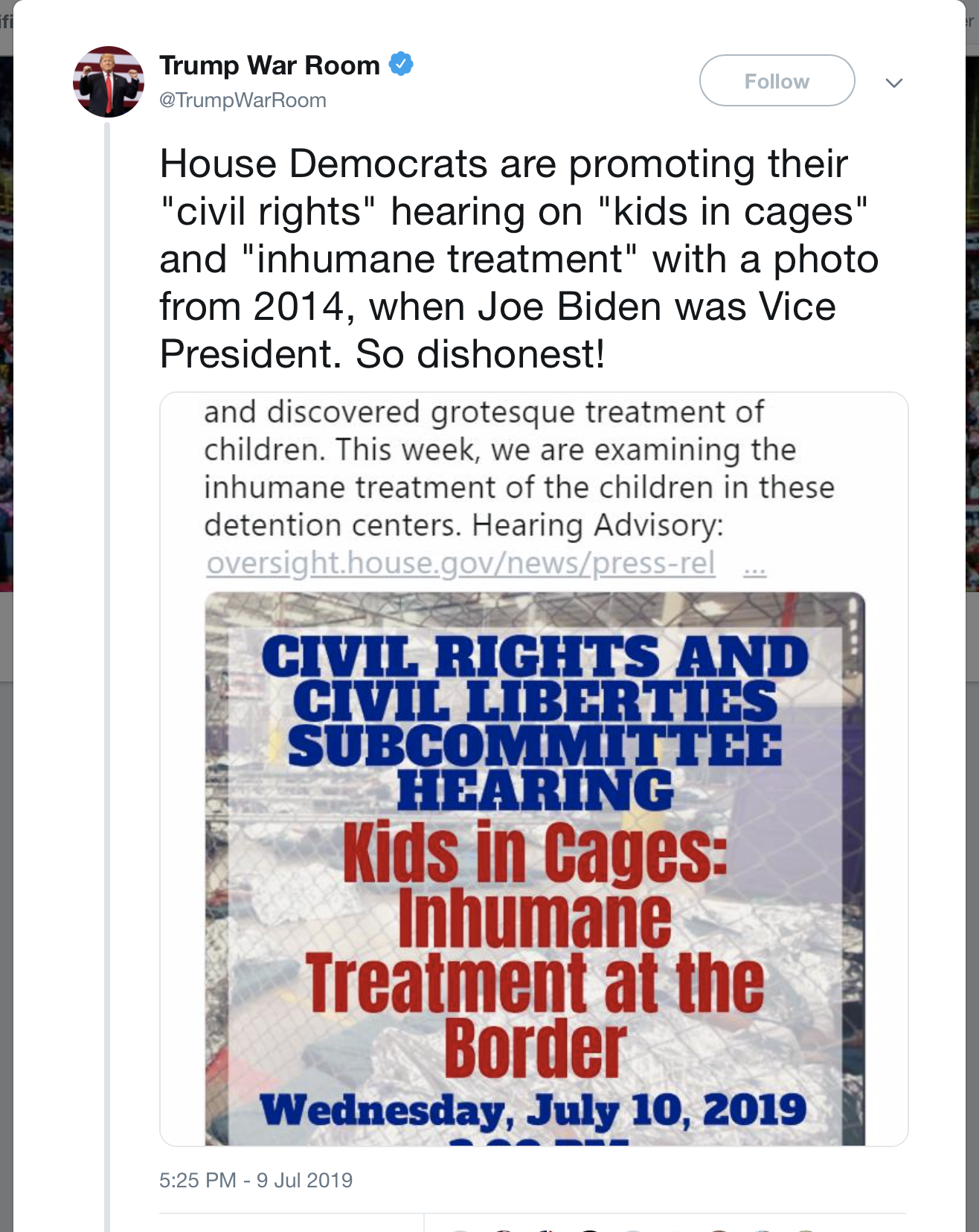 The Democratic Oversight Committee tweeted out a photo about children in cages with a background that was from the Obama administration. (Screenshot Twitter/@TrumpWarRoom)

Trump War Room, an account managed by the Trump 2020 presidential campaign, included a second tweet which showed the specific portion of the photo included in the House Democrats‘ tweet. 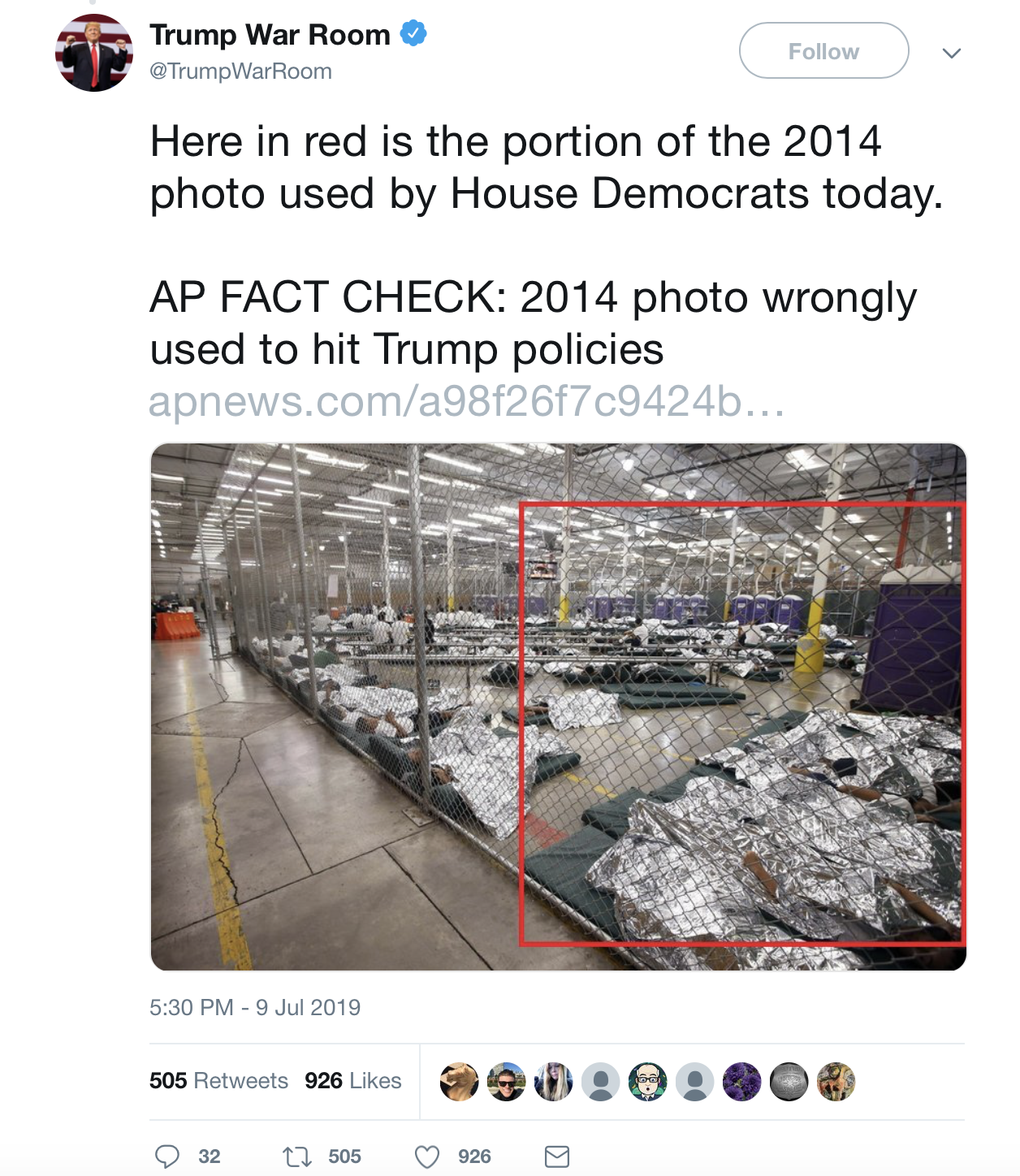 This photo shows the original picture and highlights the portion shown in the background of the Democrat Oversight Committee’s tweet. (Screenshot Twitter/@TrumpWarRoom)

The Hill has also did this when they put a photo of children in cages from the Obama administration for an article about Trump’s detention centers.