Democratic presidential candidate Julian Castro is doubling down on his position of border decriminalization by calling for the repeal of the law that makes it a felony to illegally enter the U.S. more than once.

Castro, like other Democratic presidential contenders, has long wanted unauthorized entry into the country to be decriminalized. Under current law, it’s a misdemeanor the first time any alien illegally crosses the border into the U.S., a crime punishable up to six months in prison. He and other presidential hopefuls in his party are calling for such an action to be a civil offense instead of a criminal offense.

Castro — a former Housing and Urban Development secretary during the Obama administration — has now taken this position a step further, telling HuffPost that he would like criminal reentries to be decriminalized as well.

“I’d like to see those being treated as a civil matter,” Castro said to the liberal news outlet in a report published Tuesday. “I don’t believe in criminalizing desperation.”

While it is a misdemeanor for an alien to illegally cross the border for the firs time, it is a felony if caught crossing two or more times. Any alien found guilty of illegal reentry — or entering illegally after being deported — can be punished by up to two years in prison. Sentences of up to 20 years can be handed down to those who have also been convicted of other crimes.

Castro, a Democrat from Texas, has established himself as a leading proponent of immigration reform among the other Democratic presidential candidates. During the first night of the Democratic presidential debate, he challenged others on stage to support the repeal of the law that makes unauthorized border entry a misdemeanor. That same night, he also blamed President Donald Trump for the deaths of an immigrant father and child who drowned attempting to cross the Rio Grande River.

Castro wants to provide a pathway to citizenship for illegal immigrants who “live, work, and raise families” in the U.S., according to his campaign’s immigration platform. He also wants to reverse Trump’s reduction in refugee admissions, end the 287(g) agreements between ICE and local law enforcement that enables more illegal immigrant apprehensions, and do away with ICE detainers altogether. 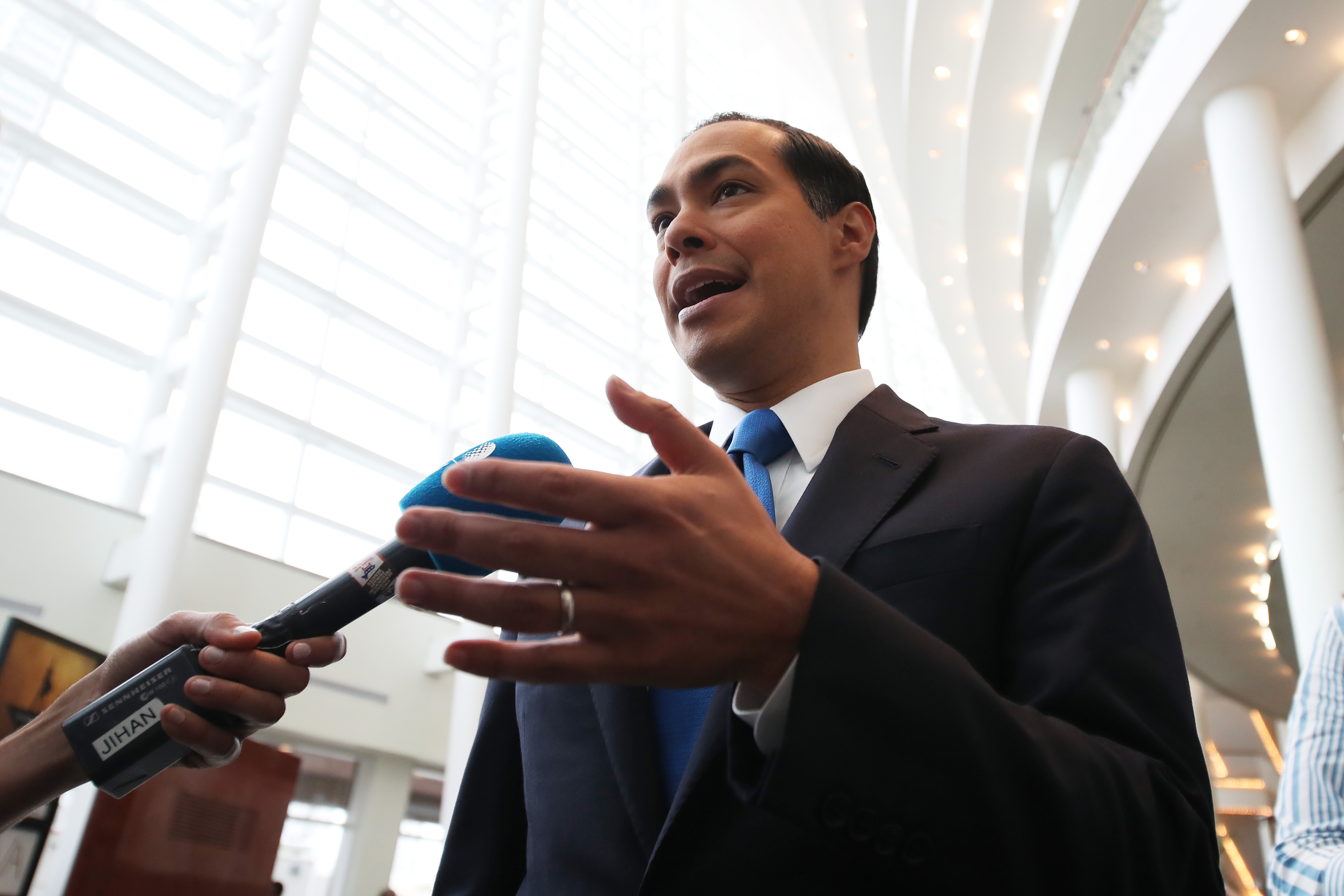 The idea of border decriminalization has been lambasted by immigration officials from both Republicans and Democrats alike. Many them argue such a policy change would only attract more illegal immigration, exacerbating what is already a crisis on the souther border.

“That is tantamount to declaring publicly that we have open borders,” Jeh Johnson, who served as the Secretary of Homeland Security under President Barack Obama, who went on to frame such a proposal as “unworkable” and “unwise.” (RELATED: Rashida Tlaib Defends Vote Against $4.6 Billion For Border Crisis)

“Everything they said about decriminalizing illegal entry, offering medical care for illegal aliens, they are talking about abolishing ICE, all of this rhetoric from the Democratic presidential candidates – it’s not going to help the crisis at the border,” former acting ICE director Thomas Homan said to the Daily Caller News Foundation after the Democratic debates.