In a “surprising last-minute development,” federal prosecutors said they consider Michael Flynn to be a co-conspirator in a case involving an alleged Turkish lobbying scheme and no longer plan to call him as a trial witness against his former lobbying partner.

Flynn, who served as President Donald Trump’s first national security adviser, was expected to be called to testify against Bijan Rafiekian, an Iranian-American businessman who is charged with operating as a foreign agent of Turkey during his work for Flynn’s consulting firm, Flynn Intel Group.

But in a July 3 court filing unsealed Tuesday, federal prosecutors handling Rafiekian’s case say they will not call Flynn to testify at Rafiekian’s trial, which begins in Alexandria, Virginia, on July 15. Instead, they expect to introduce statements made by Flynn outside of court as hearsay evidence.

Lawyers for both Flynn and Rafiekian expressed outrage at the maneuver, though for different reasons.

Rafiekian’s lawyers accused prosecutors in a July 5 court filing of reversing course on Flynn because they no longer consider him to be a credible witness. That poses a problem for prosecutors, they argue, because “the government’s case against Mr. Rafiekian was made possible only through the extensive cooperation of Michael Flynn — a convicted liar.”

Rafiekian’s legal team also alleges that Flynn “likely” made false statements to a federal grand jury regarding Rafiekian. If true, “that would provide strong grounds to dismiss the Indictment,” they argue.

In a filing submitted on Monday, Flynn’s lawyers argue that the government’s decision to portray Flynn as an unindicted co-conspirator is “extremely prejudicial” against the retired lieutenant general.

“The government’s reversal also sounds an alarm of possible retaliation and may have ramifications for Mr. Flynn beyond this trial,” said Jesse Binnall and Sidney Powell, who Flynn hired last month to replace his previous legal team.

In their filing, the Flynn lawyers said he provided investigators with evidence that the Turkish government was involved in the Flynn Intel Group (FIG) project.

In August 2016, FIG entered a $600,000 contract with Inovo BV, a shell company registered in the Netherlands that is actually owned by a Turkish businessman with close ties to the Turkish government. (RELATED: EXCLUSIVE: Michael Flynn Is Lobbying For Obscure Dutch Company With Ties To Turkish Government) 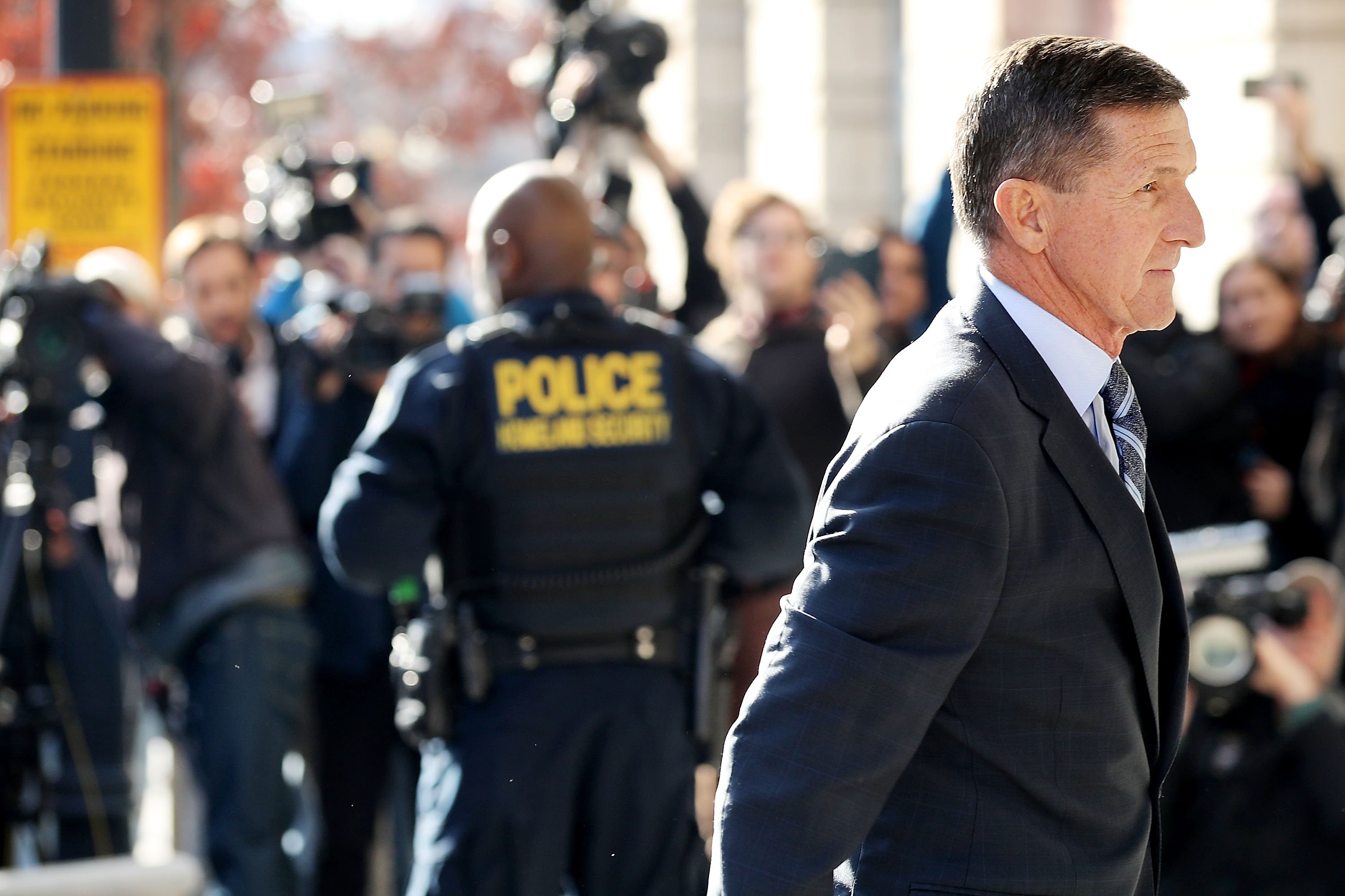 Rafiekian, an executive at FIG, and the businessman, Ekim Alptekin, were indicted on Dec. 12 on charges that they acted as agents of the Turkish government as well as of conspiring to do the same. They are also accused of making false statements to federal investigators, as well as of lying to the Justice Department in Foreign Agent Registration Act (FARA) filings.

As part of the work for Alptekin, Flynn Intel Group investigated Fethullah Gulen, a Muslim cleric who Turkish President Recep Tayyip Erdogan has accused of masterminding a failed coup attempt. Flynn, a retired lieutenant general, published an op-ed in The Hill on Nov. 8, 2016, calling for the U.S. government to extradite Gulen, who lives in exile in Pennsylvania. Rafiekian drafted the op-ed, and provided a copy to Alptekin.

Emails released in the case show that Alptekin informed Flynn and Rafiekian that Turkish government officials were involved in the project. The trio met on Sept. 19, 2016, in New York City with two Turkish government ministers. Flynn cooperated with prosecutors as part of a plea deal he struck with the special counsel’s office in its Russia probe.

Flynn was referred to as “Person A” in the indictment against Rafiekian and Alptekin, but was not accused of a crime.

Prosecutors said as recently as June 13 that Flynn would be called as a witness at Rafiekian’s trial. They also said that Flynn is not considered a co-conspirator in the case.

“There will certainly be testimony from General Flynn,” Assistant U.S. Attorney James Gillis said at the hearing. “And from that testimony, the jury could draw a reasonable inference that there was a conspiracy, but we are not — we do not contend that General Flynn was a part of that conspiracy.”

Prosecutors sought to amend the statement in a court filing submitted on July 3.

“At trial, the government will ask the Court to find, based upon a preponderance of the evidence presented at trial, that Flynn was a co-conspirator in the conspiracy charged in the superseding indictment,” said G. Zachary Terwilliger, the U.S. attorney for the Eastern District of Virginia.

Rafiekian’s lawyers cried foul at the “surprising last-minute development,” arguing in a July 5 court filing that prosecutors should not be allowed to amend their previous position on Flynn.

They also say that the government has changed its mind because Flynn is no longer considered a credible witness.

“There are no new facts that the government has discovered about Flynn’s role or his actions during the period charged in the Indictment,” the lawyers say in the filing.

Prosecutors shot back, saying in a court filing submitted on July 6 that Rafiekian’s lawyers are more than welcome to call Flynn to testify at trial.

“It is strange for a defendant to complain that the government is not calling a witness. But if for some reason the defense wants to call him for the purpose of showing that he is a ‘liar,’ as they claim throughout their memorandum, they are certainly able to do so,” wrote Terwilliger, the U.S. attorney.

Terwilliger also said that prosecutors plan to introduce only one document produced by Flynn under the statutes regarding hearsay from co-conspirators. The document is an Oct. 22, 2016, email that Flynn sent to Rafiekian and others at Flynn Intel Group, which appears to refer to a phone call with Alptekin.

Flynn indicated that he provided updates on the status of the Gulen project and that there was a discussion of providing social media analysis to a Turkish government minister who is not identified in the email.

Prosecutors also chastised Rafiekian’s team in the filing for accusing the government of working with Flynn to concoct charges against Rafiekian. Terwilliger called the allegation “baseless, offensive and unprofessional.”

Rafiekian Response to EDVA by Chuck Ross on Scribd