Chakrabarti wore the shirt during a NowThis interview in 2018 shortly after his boss won her election. The shirt prominently features Subhas Chandra Bose, an Indian revolutionary who resisted British rule in India with the help of the Nazis and the Japanese during World War II. (RELATED: Ocasio-Cortez Blames Republicans For DC Flooding)

By 1942 Hitler had recognized Bose as the leader of the “Free India Government.” Bose, over the course of the war, enlisted 40,000 men into the Indian National Army to help support the Japanese invasion of British India in 1944. He also recruited Indians to help fight the British in the European Theater for Hitler.  The Indian Legion Bose raised for Germany was trained as a regiment within the SS.

On one occasion Bose traveled to Germany to meet Hitler in person. During his time in Germany, Bose would broadcast propaganda for the Nazis on Azad Hind Radio, speaking in several different languages including English, Hindi, Bengali, Tamil, Telugu, Gujarati and Pashto. 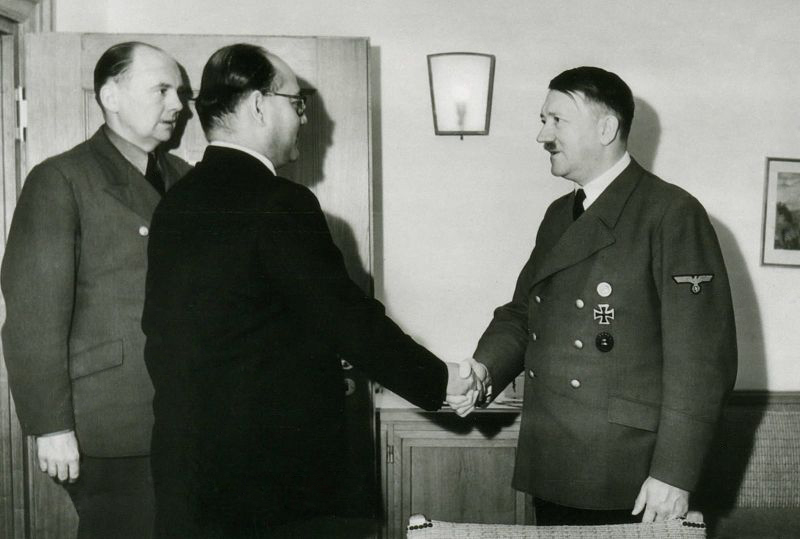 Bose also socialized in circles with the notorious head of Hitler’s SS, Heinrich Himmler, who was responsible for enforcing the “Final Solution” which led to the persecution and death of 6 million Jews throughout the course of the war. 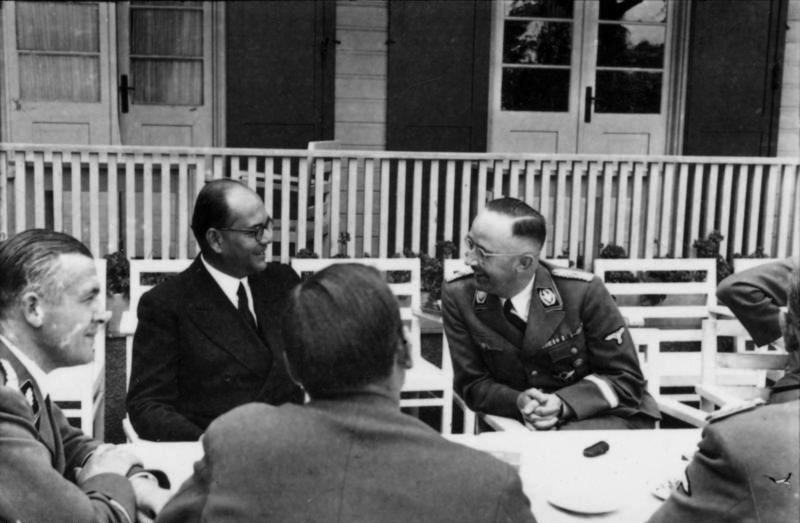 Just a few days ago, Ocasio-Cortez herself quoted Nazi sympathizer Evita Perón in a response tweet to Trump.

“I had watched for many years and seen how a few rich families held much of Argentina’s wealth and power in their hands. So the government brought in an eight hour working day, sickness pay and fair wages to give poor workers a fair go.”

Ocasio-Cortez was quickly called out by Daily Wire’s Emily Zanotti, who pointed out Perón’s ties to the Nazis who fled Europe for Argentina.

Evita and her husband sheltered escaping Nazis in return for taking a cut of the jewelry and art they stole from Jewish families. https://t.co/rLdrUUZGOa

On social media, people have already begun to call out the freshman Democrat’s Chief of Staff for showing admiration for a Nazi conspirator.

In case it’s not clear, AOC’s chief of staff is wearing a T-shirt with Subhas Chandra Bose on it — the Indian nationalist whose plan for fighting British colonialism involved sucking up to, uh, Hitler. https://t.co/Mvgcoa1R6a

????NOTHING TO SEE HERE????Just AOC’s Chief Of Staff wearing a shirt promoting a fascist, Nazi collaborator & admirer of Adolf Hitler. From the Washington Examiner: “Saikat Chakrabarti, the chief of staff for Rep. Alexandria Ocasio-Cortez, came under scrutiny for having worn a T-shirt that featured Nazi collaborator Subhas Chandra Bose. In December 2018, following his boss’s congressional victory, Chakrabarti did a video with NowThis News, titled “Alexandria Ocasio-Cortez’s Chief of Staff on Acting Fast in Congress,” in which he wore a T-shirt with Bose’s face. Chakrabarti’s choice of apparel is receiving a fresh round of criticism after Ocasio-Cortez, a New York Democrat, positively quoted Nazi sympathizer Eva Perón, the former first lady of Argentina. Bose, who wrote a book titled The Indian Struggle, visited Italian dictator Benito Mussolini in 1935 to give him a copy of the book, which advocated for a political system of fascism and communism. In 1942, Bose met with Hitler and later said in 1944 that India “should be a synthesis between National Socialism and Communism.” The Times of India notes Bose “fancied himself as a world leader like Hitler and Mussolini.” Bose declared himself in 1943 the head of a Provisional Government of Free India and claimed to be the head of state and prime minister, which he said he would enforce with execution of anyone who opposed him. In 1945, he died in a plane crash.” COULD YOU IMAGINE IF SOMEONE IN THE TRUMP ADMINISTRATION WAS GLORIFYING A FASCIST NAZI COLLABORATOR!?!?

Ocasio-Cortez’s office has not yet responded to requests for comment.