President Donald Trump announced Monday he plans to repeat the Fourth of July celebrations held on the National Mall “for the foreseeable future.”

Trump will, in 2020, again hold the “Salute to America” Fourth of July event, which included several military plane flyovers and a presidential Independence Day address, the first given on the National Mall since former President Harry Truman in 1951, the New York Post reported.

“Based on its tremendous success, we’ve made the decision to do it again next year, and maybe, we can say, for the foreseeable future,” Trump said, adding the event was “something really special.” 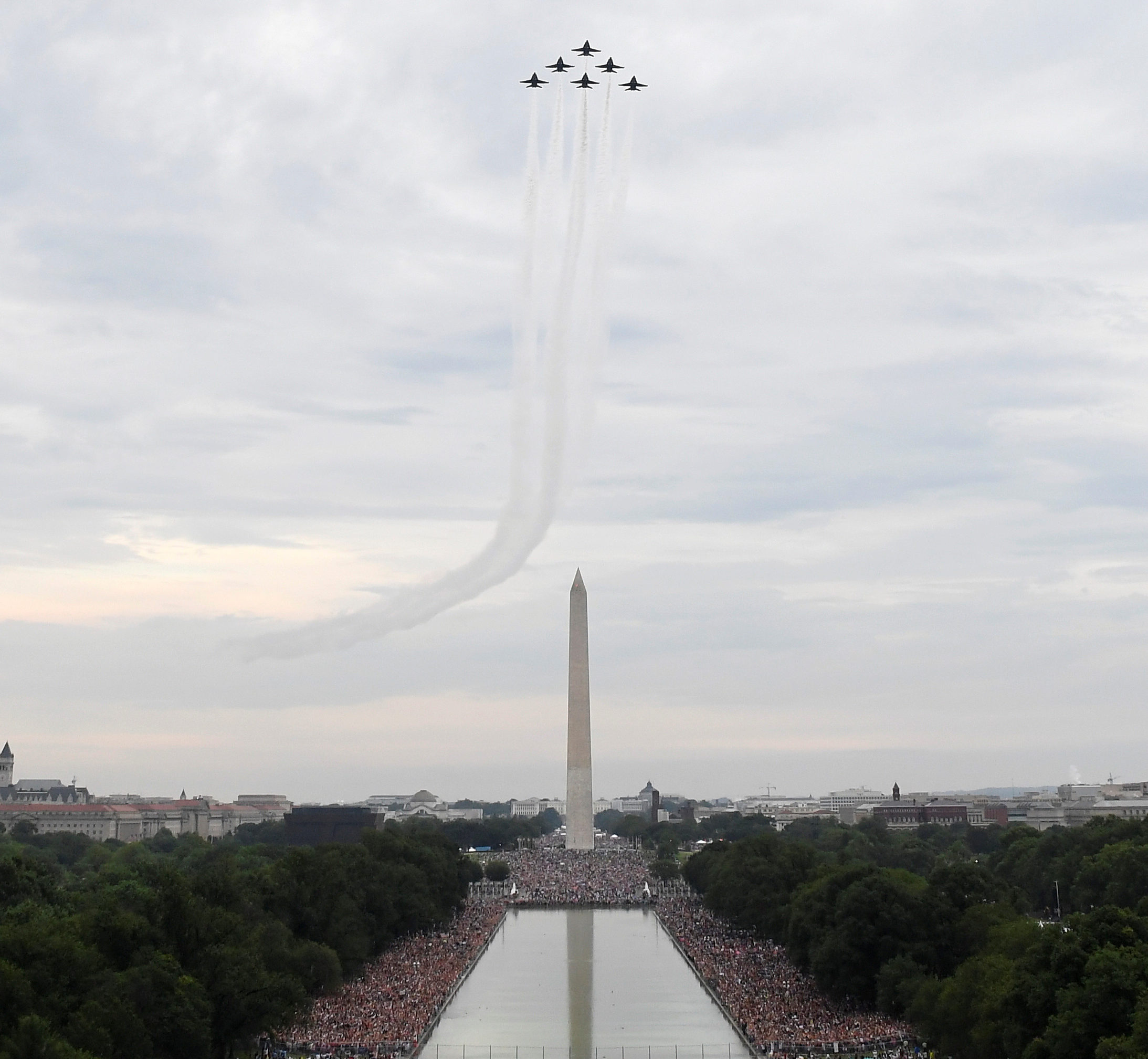 The US Navy Blue Angels flyover as President Donald Trump speaks during an Independence Day celebration in front of the Lincoln Memorial in Washington, U.S., July 4, 2019. Susan Walsh/Pool via REUTERS – RC1AD597C7F0

The flyovers represented every branch of the military. Aircraft included Air Force One, the Blue Angels, a B-2 stealth bomber, Apache and Jayhawk helicopters, MV-22 Ospreys and various fighter jet models including F-18, F-22 and F-35, according to Military.com. (RELATED: Trump Unveils Patriotic Upgrade To Air Force One)

“Standing on the steps of the great Lincoln Memorial and looking out on the crowds, these incredible big beautiful crowds, braving the weather all the way back to the Washington Monument, we celebrated freedom and all of its magnificence, while saluting our great military,” Trump said.

Trump’s address on the Mall included remarks about the civil rights movement, suffrage as well as the Civil and Revolutionary wars. The evening ended with a massive fireworks display.