Virginia Democratic Sen. Mark Warner on Tuesday responded to former Rep. Scott Taylor’s comments that Warner is too progressive to win against him in the blue state.

Warner was asked by a reporter what he thought about comments that Taylor, who announced Monday he will challenge Warner for his seat in 2020, made accusing Warner of being too far left.

“What do you think of the challenge from Scott Taylor saying that you’re no longer the purple guy you were when you were governor, that now you’re a far left liberal?,” Warner was asked.

“Welcome to the race, hope he, and I’m sure others are anxious to see morale all around Virginia,” Warner responded.

“Listen, I would… One of the things about my politics in Virginia from when I was governor through my ten years in the Senate has been I think I’m sometimes an equal-opportunity offender and I often get it from, both either ends of the political spectrum,” Warner concluded. 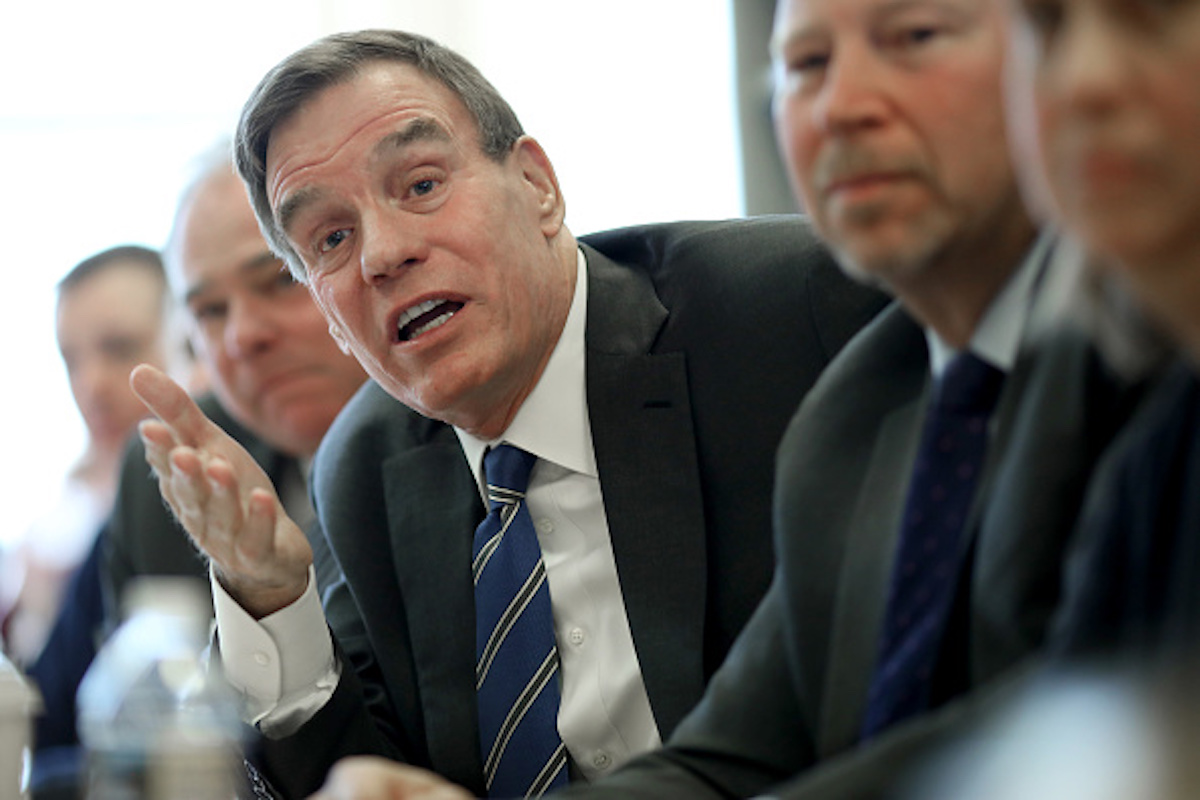 Sen. Mark Warner and Sen. Tim Kaine talk with furloughed government employees about how the government shutdown has impacted their lives and finances during a roundtable discussion in Alexandria, Virginia January 11, 2019. (Photo by Win McNamee/Getty Images)

Taylor released a campaign launch video on Monday highlighting a variety of issues including his time as a congressman and his time as a Navy SEAL. (RELATED: Fake Signatures Collected By Scott Taylor’s Campaign Workers Get Another Candidate Removed From Ballot)

“No matter what pundits or polls predict, this race is on and all bets are off, because we need a change in Washington and that starts with what will be a stunning upset of Mark Warner in 2020,” Taylor said in a Facebook post Monday. “I wouldn’t be in this race if I didn’t know it was possible.”