Speaker of the House Nancy Pelosi on Wednesday reportedly slammed progressive members of her party for criticizing each other on Twitter, saying instead they should speak with her.

“You got a complaint? You come and talk to me about it. But do not tweet about our members and expect us to think that that is just ok,” Pelosi said, according to NBC News. “Our diversity is our strength, but our unity is our power. And without that unity, we are playing completely into the hands of the other people,” Pelosi continued at their first caucus meeting since their week-long July 4 recess.

One Democratic member in the meeting reportedly told NBC that Pelosi’s comments sounded like “the way a strong mother speaks to her arguing children: stern, with a good dose of consequences if it continues.”

The comments come after Ocasio-Cortez responded to Pelosi who dismissed the House’s far-left progressive group as “four people” who “didn’t have any following,” when asked about opposition to a recently passed $4.5 billion emergency border funding bill.

“All these people have their public whatever and their Twitter world, but they didn’t have any following,” Pelosi said to The New York Times. “They’re four people and that’s how many votes they got.” 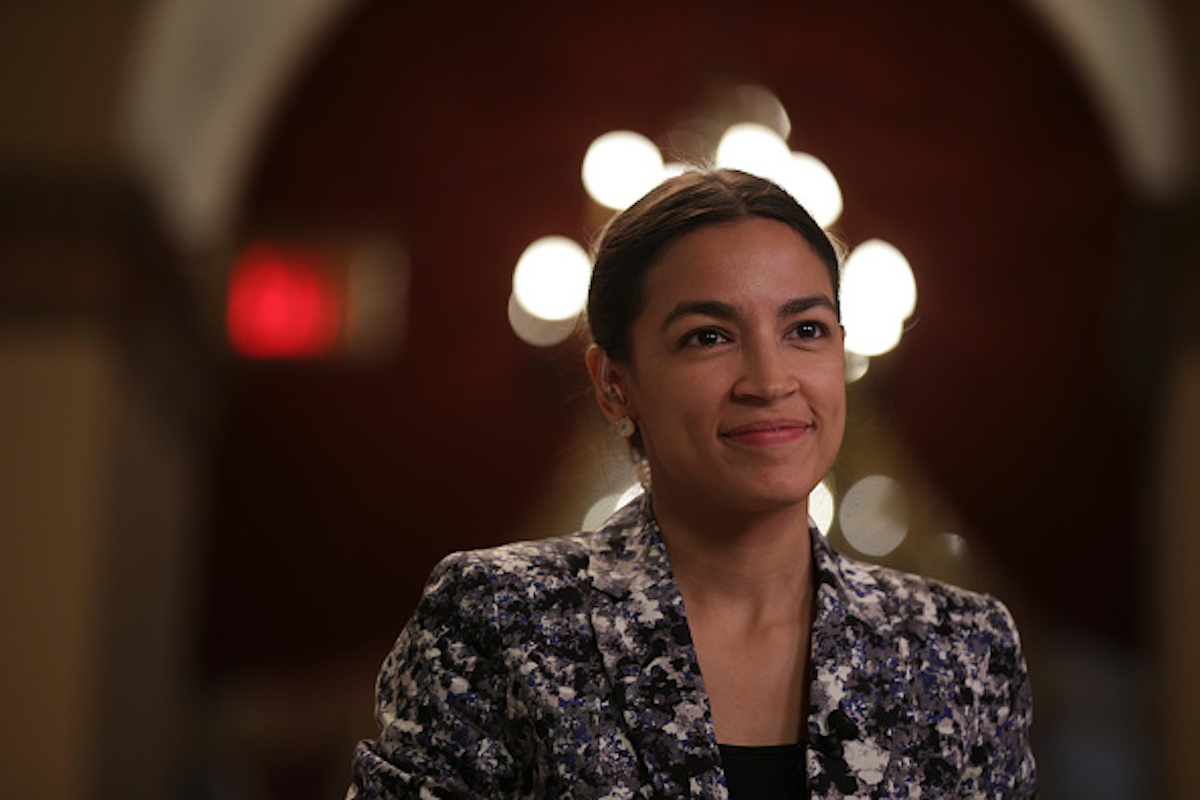 Rep. Alexandria Ocasio-Cortez is interviewed for TV June 27, 2019 at the U.S. Capitol in Washington, DC. Speaker Rep. Nancy Pelosi has backed down and will bring the Senate version of a $4.5 billion bill on combating the humanitarian crisis at the southern border to the House floor for a vote. (Photo by Alex Wong/Getty Images)

“That public ‘whatever’ is called public sentiment,” Ocasio-Cortez tweeted Saturday. “And wielding the power to shift it is how we actually achieve meaningful change in this country,” she continued. (RELATED: Ocasio-Cortez Fires Back After Pelosi Dismisses House’s Left Wing As ‘Four People’)

“This is a team. On a team, you play as a team,” Pelosi also reportedly said. “If you want to be not on the team, that is okay because that is part of the team spirit — you just want to not play in that round.”