Schumer claimed Tuesday to the Daily Caller he knew “nothing about” Manhattan District Attorney Cyrus Vance’s mishandling of the 2011 Jeffrey Epstein case, but the New York Democrat received thousands in donations from Epstein, The New York Post reported Wednesday afternoon.

Epstein was arrested earlier this week and indicted on trafficking minors between 2002 and 2005 in New York and Florida. Schumer called for the resignation of Trump Labor Secretary Alex Acosta, the former US attorney in Miami who created the plea deal that enabled Epstein a lenient 13-month sentence, according to The Miami Herald. 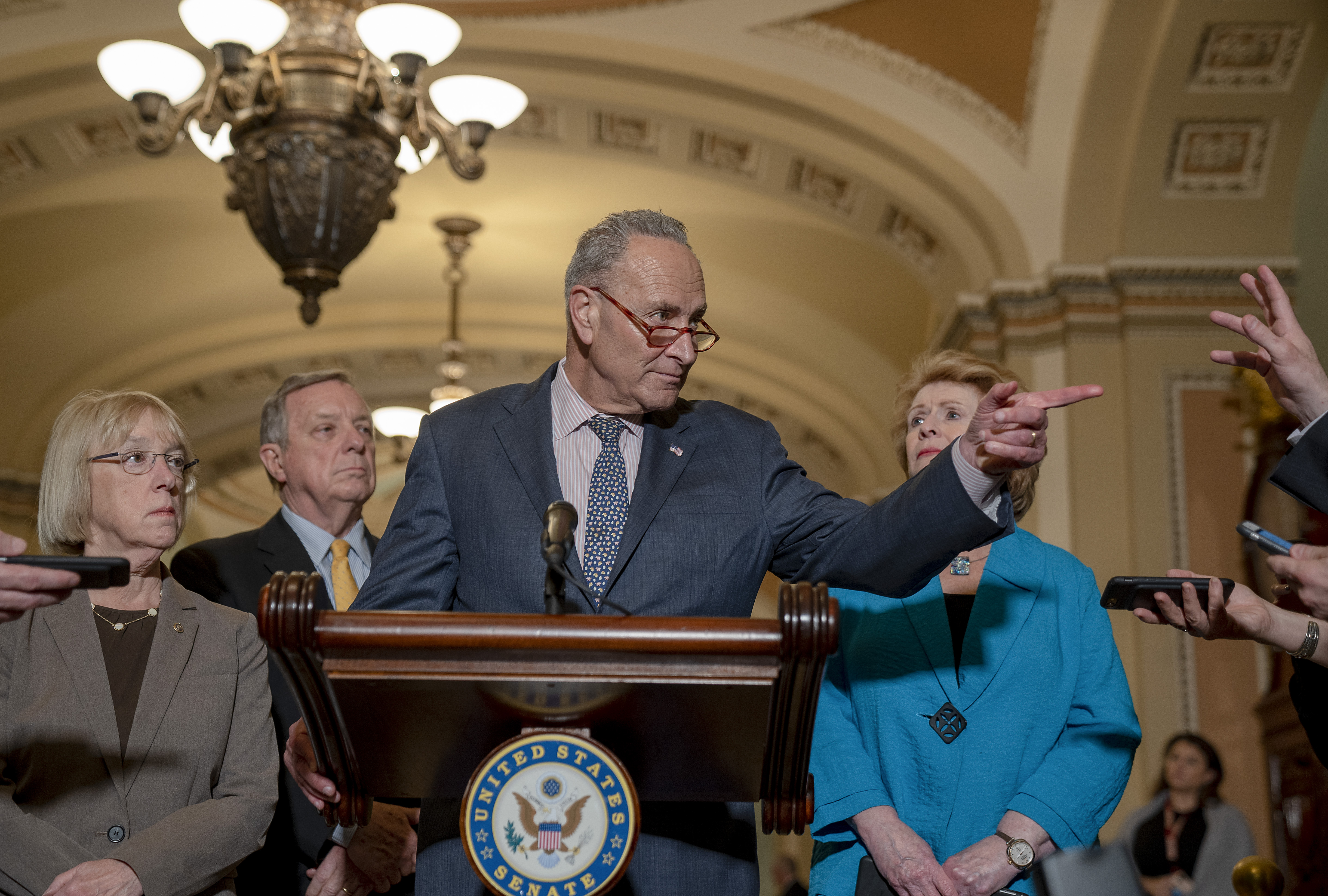 However, when asked by the Caller if DA Vance should resign for wanting to downgrade Epstein’s status in the New York sex-offender registry from the most-dangerous Level 3 to least-restrictive Level 1, Schumer claimed he knew nothing about the case.

Schumer’s own campaign success throughout the years was aided by Epstein, though.  (RELATED: Jeffrey Epstein Had A Ton Of Rich, Powerful Friends)

The New York Post noted that Federal Election Commission records show that Epstein donated to Schumer’s congressional campaigns seven times with $1,000 contributions between 1992 and 1997. Epstein also contributed in 1998 when Schumer first ran to be senator of New York and won. (RELATED: Lawyers For Jeffrey Epstein Once Said He Helped Conceive The Clinton Global Initiative)

Additionally, the billionaire donated $5,000 to Win New York, a Schumer-associated joint committee that helped the Liberal Party of New York as well as $10,000 to Victory in New York, a joint fundraising committee created by Senate Minority Leader Schumer and the Democratic Senatorial Campaign Committee.

Schumer spokesman Angelo Roefaro told The Post of these donations, “While these campaign accounts closed about 20 years ago, and even then the campaign never controlled the two political action committees (PACs), Senator Schumer is donating an equal sum to anti-sex trafficking and anti-violence against women groups.”

The New York State Republican Party Chairman Nick Langworthy says that Schumer is just taking cover at the last minute. In a statement to the Caller Langworthy said:

“The sky is blue, the grass is green and Chuck Schumer is a hypocrite. He and his fellow Democrats had no problem raking in thousands from serial predators like Epstein and Harvey Weinstein, despite the fact that their egregious behavior had been well known for years. They’re only returning the money now that they’ve been caught.”