A Florida strip club is set to host a golf tournament featuring its dancers as caddies Saturday at a Trump resort.

The Trump Organization agreed to host the tournament, which raises money for a Miami kids’ basketball program, because it’s a “worthwhile cause,” according to a statement sent to WaPo. (RELATED: Federal Judge Puts Last-Minute Block On Trump’s Rule Forcing Drug Companies To Include Prices In TV Ads)

The event comes amid reportedly falling revenue for the Doral golf club, which last hosted the PGA Tour Doral Open in 2016, according to WaPo, citing tax dispute documents.

Mancuso assured WaPo the caddies would be “clothed the whole time” in pink miniskirts and “sexy” white polos. The post-tournament burlesque show, however, would be a different story. The event will be Shadow Club’s first tournament at Trump Doral.

Prices for the tournament include a $450 single-player package for meals, a “special gift” and “caddy girl of your choice,” according to its ad.

The “foursome” package includes golf for four and the same perks. The $1,000 “Play & Stay” VIP upgrade includes transportation to the club after the tournament, 30 minutes in the “VIP room” and bottle service, according to Shadow Cabaret’s ads.

Shadow Cabaret is not trying to send a political message with its choice of Trump Doral, Mancuso told WaPo. Carlos Alamilla, director of youth organization Miami All Stars benefiting from the tournament, seemed hesitant to make the connection between the event and the president’s policies. 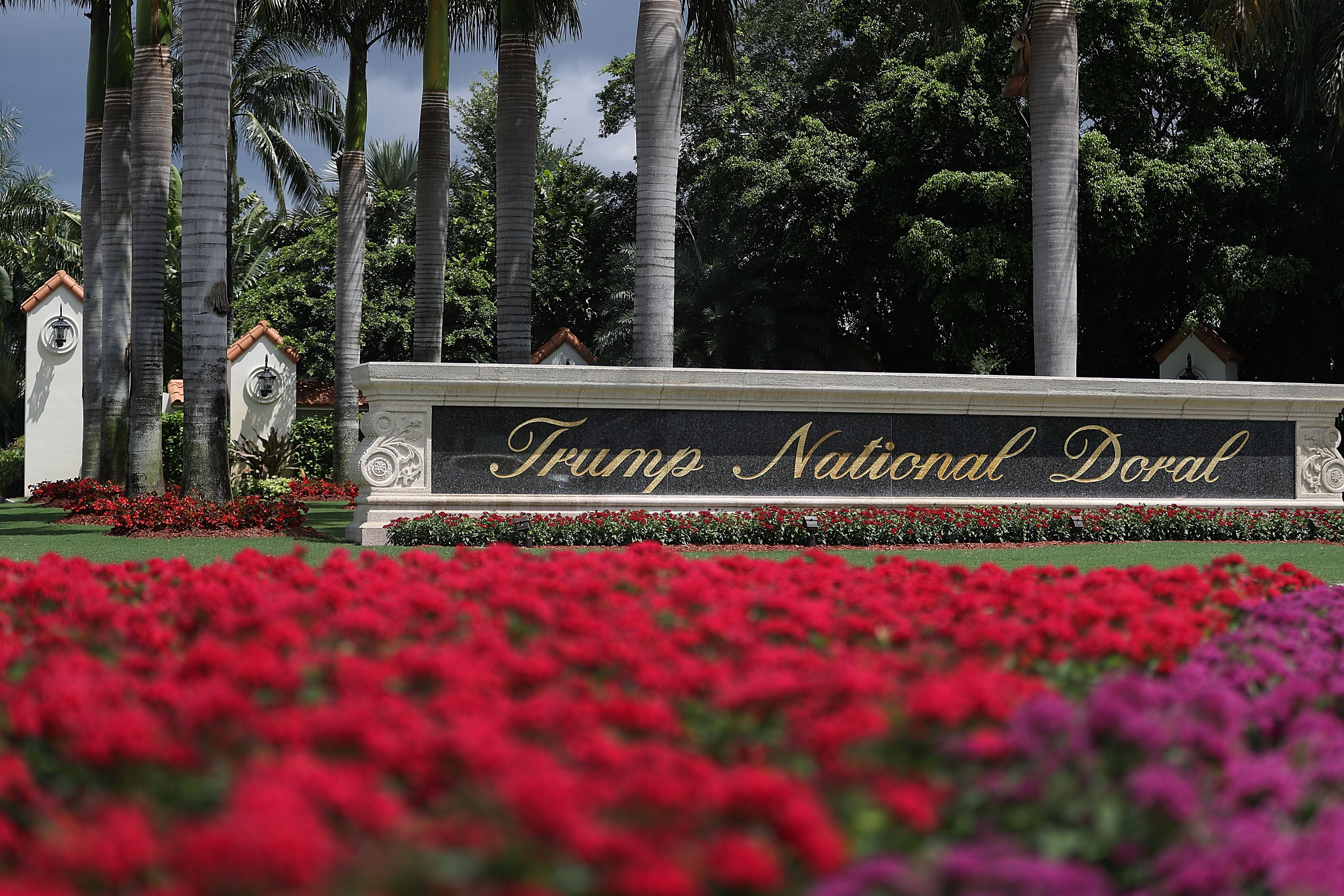 A sign reading Trump National Doral is seen on the grounds of the golf course owned by Republican presidential candidate Donald Trump on June 1, 2016 in Doral, Florida. (Photo by Joe Raedle/Getty Images)

“It doesn’t jive with what we do, you know. …  He’s contrary to everything we believe,” Alamilla told WaPo.

The Trump Organization did not immediately respond to the Daily Caller News Foundation’s request for comment.