“God forbid we should allow someone to erase a comment that people were taking the wrong way and miss an opportunity to mob them.” 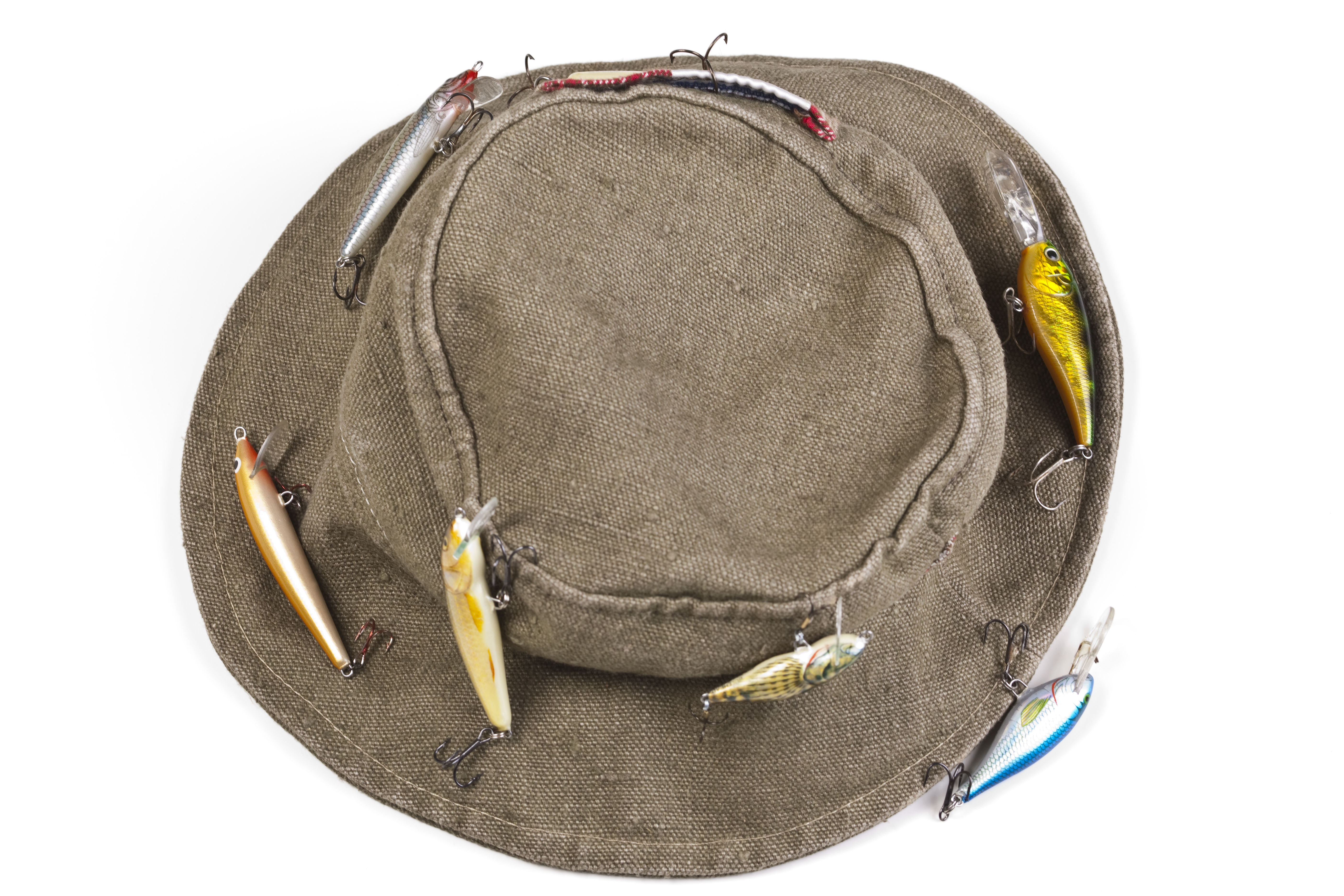 MUST READ: Matt Labash, former writer for the now defunct The Weekly Standard, writes about fishing, his blossoming eating disorders and a broken front tooth in a new story for The Drake. He spells out the last six months of life after the jarring blow of The Weekly Standard calling it quits. He comes across “three wise men” on the Potomac in a candid essay on his fishing habits and the gnawing hardship of losing his writing job in only the funny way he can. The wise men may not know shit about fishing. But they know a good laugh when they see it: a man with the initials M.L., who loses his turd-brown hat in the water and trips and falls into the hull while retrieving it. Read “Unemployed Fishing” here.

When asked to name a more crushing blow than “This is a great start,” from an editor, NYP‘s Jon Levine wrote, “When I took a broadcast journalism class at NYU, my professor (who also happened to be Jeffrey Toobin’s mother) told a girl that “she would never be on air” and strongly implied she should change her major!”

“I should shave my head. It’s too hot.” — Mary Elizabeth Chastain, writer, Reason, The Hill.

“The best thing I’ve discovered on my diet is low-fat vanilla-flavored Greek yogurt… Which is only $3.50 for 32 ounces at Walmart. Like ice cream.” — John Nolte, Breitbart News. He added: “Only 6g of sugar in a half-cup, 6.5g carbs, 65 calories, no fat, and 9g of protein… nearly perfect food.”

“Reviewing intern applications. All from young women. Every one of them identified @SarahHuckabee as their ‘most admired’ Administration official.” — Alyssa Farah, spokeswoman, VP Pence.

TOMI LAHREN: “’Are you a citizen?’ should be the first question on the damn census! We deserve to know how many illegals are in this country and who we are paying for! Also, illegals should never determine funding or representation!!”

NANCY LEE GRAHN: “Are you a human should be the 1st question on yours.”

A plug for journalism…

On the death of Ross Perot…

“My condolences to the family of Ross Perot. My father @BillyGraham said Ross Perot was one of the smartest men he had ever met. He was a member at Highland Park Presbyterian Church in Dallas when my uncle Clayton Bell was pastor. Join me in praying for his loved ones.” — Franklin Graham.

Variety hires BuzzFeed‘s Kate Arthur to be Editor-at-Large. Yes, she’s “thrilled!” She was at BuzzFeed for six and a half years.

“I have some irl friends who are super cool in person and total buzzkills on social media. It’s so weird.” — Cassandra Fairbanks, District Herald.

Meghan McCain on Twitter blocking: ‘SUCK IT UP, COME ON!’

Side note: McCain recently blocked The Mirror on Twitter for some unforeseen reason as did her ex-pal Denise McAllister, a former contributor to The Federalist, who called McCain and her co-hosts “a roundtable of delusional mental midgets” before she was unceremoniously canned from The Federalist by McCain’s husband, Ben Domenech, after McAllister mocked Twitter foreman Yashar Ali for his sexual preferences. This was, of course, after Ali questioned the health of McAllister’s marriage after she publicly scolded herself for interrupting her husband while he was watching sports.

This all gets very complicated.

In May, a month after McAllister’s cute “another man’s asshole” remark, Domenech went off on NBC late-night host Seth Meyers after he challenged his wife on his show. He tweeted that Meyers “regularly gargled the balls” of SNL”s Lorne Michaels. He quickly apologized.

McCain announced Wednesday that she is so adamantly against blocking. We’re talking public officials, not her.(RELATED: I’m Crying Because Meghan McCain Blocked Me On Twitter)

“I mean of all the things they have to do all day, that’s what they’re dong?” she ranted about President Trump and Rep. Alexandria Ocasio-Cortez (D-N.Y.).  “Suck it up, come on. I actually don’t think elected officials should be able to block people on Twitter. It’s so stupid.”

Yeah, she makes a great point. It’s so stupid.

“My feed is a dumpster fire,” McCain whined. “The things people send me. My God. I mean, you would think I had slaughtered puppies on this stage if you looked at my Twitter account.”

But she sees a silver lining: “Had I not been on Twitter, I wouldn’t have met my husband, so I will say, like, Twitter has good things too.”

She did concede something to Trump and AOC Twitter: “They’re not just daytime talk show hosts like the rest of us.”

Wisdom on man buns: “Never trust a guy with a man bun. Ever.”

Kellyanne’s other half, George Conway, on President Trump: “She’s not my type.”

“I may be on maternity leave but I am NOT taking a break from responding snippily to publicist emails like the one asking me if ‘WashPo allows press trips.'” — Hannah Goldfield, food critic, The New Yorker.

On finding love in Washington vs. Texas

Jessica Fletcher, social media manager, The Daily Caller: “I went on a date with a guy in dc and told him my biggest fear was cucarachas. He said I was on my own killing them. Then I came back to Texas and found a man.”

Jim Antle, editor, The American Conservative: “Cucarachas have learned to disguise themselves as men, which your time in DC should have revealed to you.”

George Papadopoulos, an ex-Trump campaign aide, has advice for the media: “’Underage girls’ are children. Use the proper term, media.”

Confessional: “Met my first girlfriend through Twitter. Had a long distance relationship for a while. No regrets about it and have immense respect for my ex, who is also Autistic. Had a few dates through various apps. Trial and error.” — Eric Michael Garcia, associate editor, The Hill.

Down on Sean Hannity

“Is there more misleading, meaningless TV out there than Rudy Giuliani going one-on-one with Sean Hannity? I don’t think so.” — former Rep. Joe Walsh (R-Ill.) .

“I’m sorry but @seanhannity has become boring, repetitive, and not newsworthy. Sean I love you brother but save your show.” — Raheem Kassam, editor, Human Events. Get this, his new Twitter name is “His Excellency Raheem Kassam.” (Eye roll.)

A bathroom idea for AOC: “Rep. @AOC should go to the popular Dacha Bier Garten in Shaw DC, where all of the men’s urinals literally have drinkable water coming out of sinks that are attached to the top. (She will however have to identify as male while she uses the restroom)” — Eddie Scarry, commentary writer, The Washington Examiner. Context: AOC recently said detained migrants have to drink from the toilet.

TV Jewelry: The good, the bad and the ugly 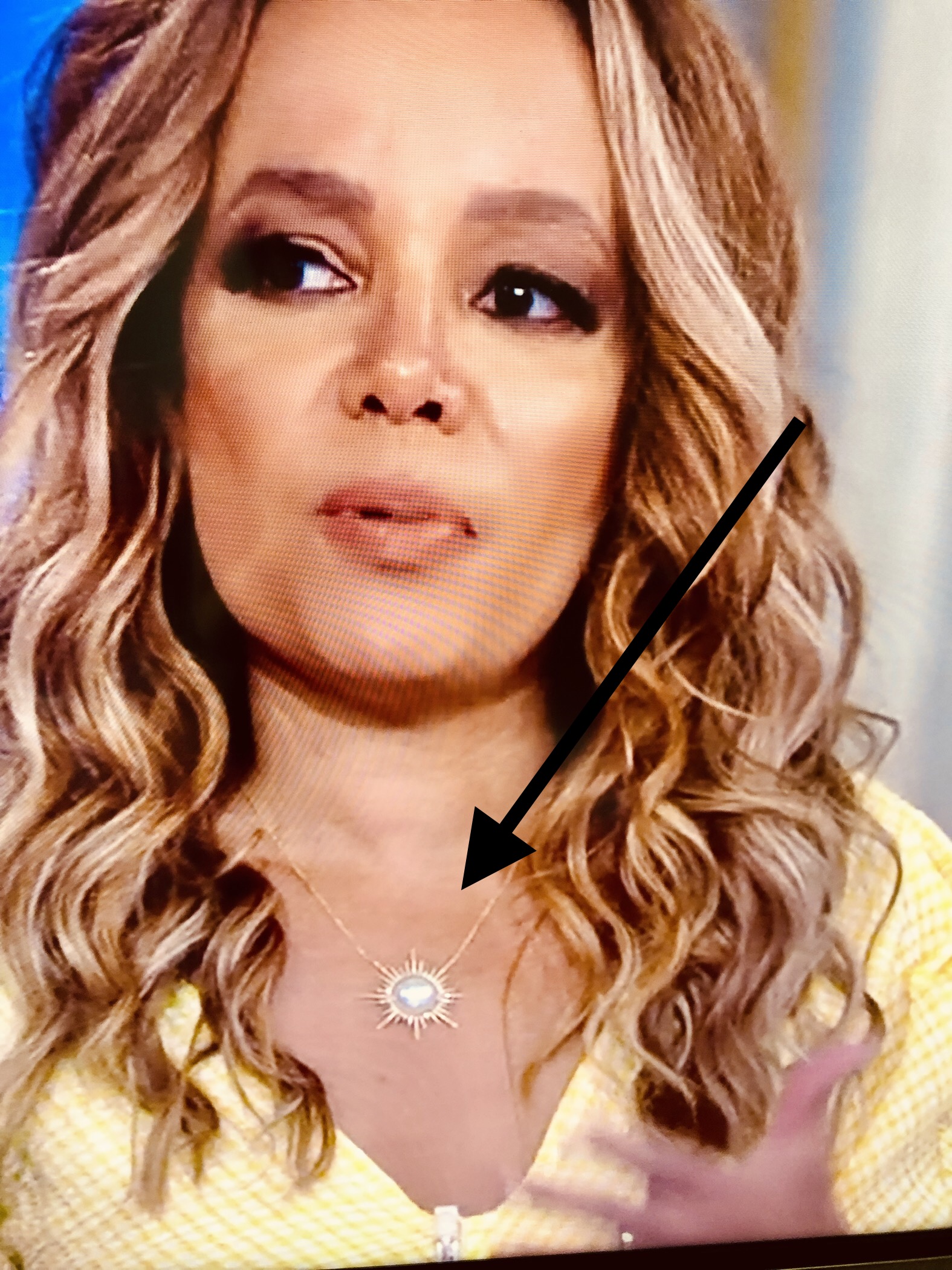 The necklace that Sunny Hostin wore on Wednesday’s edition of ABC’s “The View” was a real showstopper. To be clear, that is not an insult — it was beautiful. On the other hand, if you see something, say something: The Mirror is accepting photos of TV Jewelry, especially the baubles worn on cable news programs. Send to Betsy@dailycaller.com.