The government cannot continue its legal fight to add a citizenship question to the 2020 census form because of time constraints, Attorney General William Barr argued Thursday.

While insisting that the government’s legal position is correct on the merits, Barr said continued litigation would seriously disrupt the census itself.

“The problem is that any new decision would be subject to immediate challenge as a new claim in the three ongoing district court cases,” Barr said. “In addition, there are injunctions currently in place that forbid adding the question. There is simply no way to litigate these issues and obtain relief from the current injunctions in time to implement any new decision without jeopardizing our ability to carry out the census itself, which we are not going to do.”

“As a practical matter, the Supreme Court’s decision closed all paths to adding the question to the 2020 decennial census,” he added. “Put simply, the impediment was logistical, not legal. We simply cannot complete the litigation in time to carry out the census.”

Barr emphasized that the high court decided it is lawful to include a citizenship question on the census form as a general matter. The justices ruled against the administration on narrow grounds, finding the government’s official explanation for its action was “contrived.” The AG said that problem is “curable,” and expressed confidence that the administration could have prevailed if not for the press of time.

“In my view, the government has ample justification to inquire about citizenship status on the census and could plainly provide rationales for doing so that would satisfy the Supreme Court,” Barr said. “There is thus no question that a new decision to add the question would ultimately survive legal review.”

Scheduling constraints have complicated the census litigation from the start. Government lawyers said the census form needed to be finalized by July 1 to ensure orderly printing and distribution of questionnaires. The Supreme Court agreed to resolve the dispute on an expedited basis for that reason. (RELATED: Appeals Court Backs Trump In Anti-Corruption Lawsuit Against D.C. Hotel) 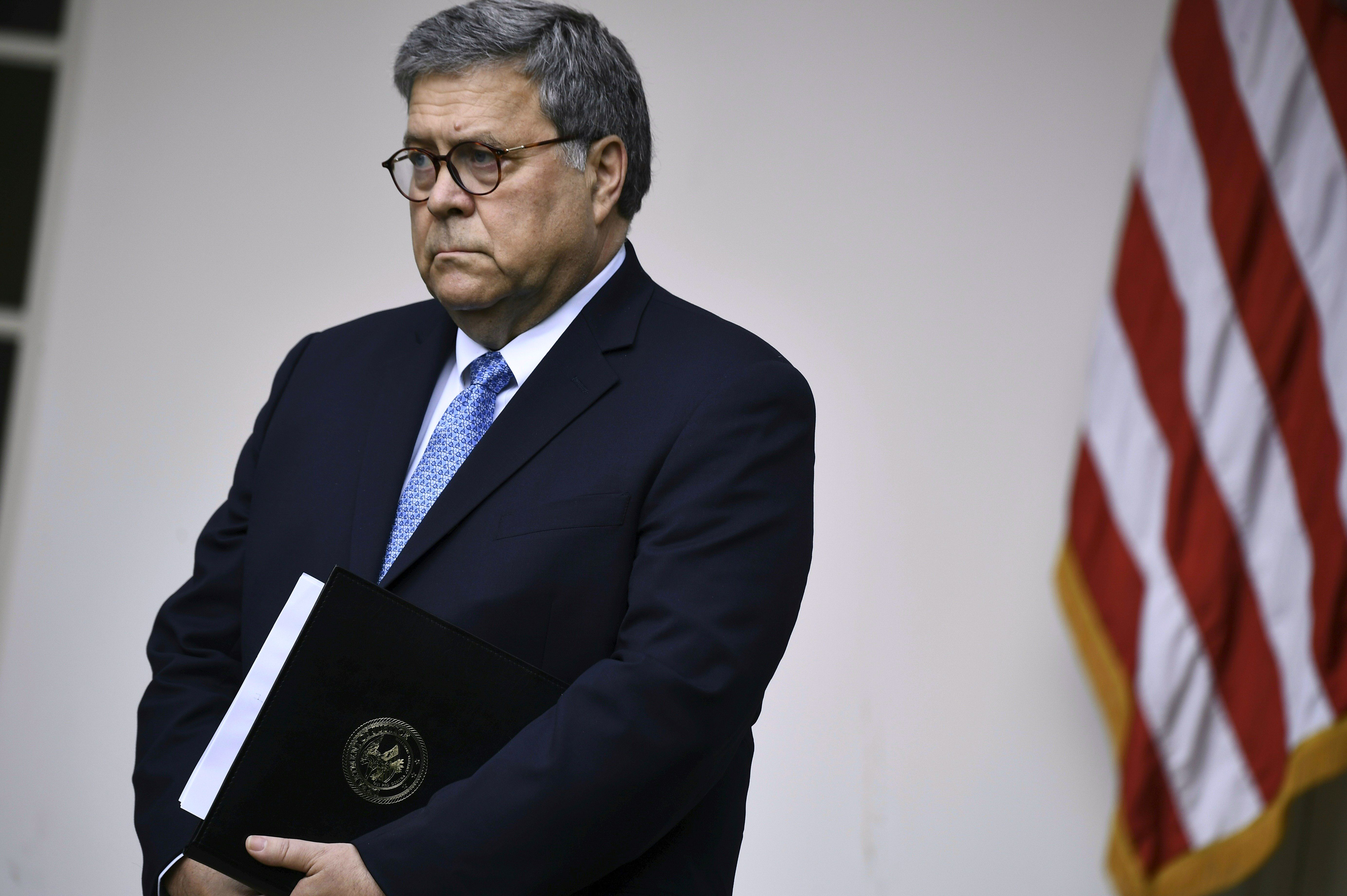 Attorney General William Barr looks on as the president delivers remarks on citizenship and the census on July 11, 2019. (Brendan Smialowski/AFP/Getty Images)

President Donald Trump directed the Department of Commerce to obtain citizenship information by other means in a Rose Garden press conference Thursday. The president said he will issue an executive order requiring federal agencies to forward all citizenship data in their possession to the Commerce Department.

Administration officials hope that aggregated data will provide comprehensive information about the number of citizens in the U.S. However, Commerce Secretary Wilbur Ross has previously said using that data would not provide the government with a complete picture. In the 2010 census, roughly 90% of the population was matched to credible administrative records in the government’s possession.

“While impressive, this means that more than 10 percent of the American population — some 25 million voting age people — would need to have their citizenship imputed by the Census Bureau,” Ross wrote.