GOP Sens. Ted Cruz of Texas and Lindsey Graham of South Carolina are leaning toward amending a law that protects major tech companies from being sued for content users post on their platforms. Both lawmakers have suggested in the past that they would like to look accusations of Google and Facebook’s alleged conservative bias.

Graham, one of President Donald Trump’s most devoted allies, said Tuesday he wants to make changes to Section 230 of the Communications Decency Act, which was passed in 1996 when the internet was new. Hawley has been front and center on the issue for months, pushing various legislation targeting YouTube and Silicon Valley companies.

Hawley introduced the Ending Support for Internet Censorship Act, which dramatically amends 230, giving companies immunity only if they can show they are politically neutral. (RELATED: Sen Hawley Moves Toward Forcing Big Tech To Prove Political Neutrality)

“Things would change tomorrow if you could get sued,” Graham said during a congressional hearing Tuesday dealing with online dangers to kids. YouTube is under pressure to turn off its recommendation systems for videos featuring kids after reports showed potential predators were abusing the feature. 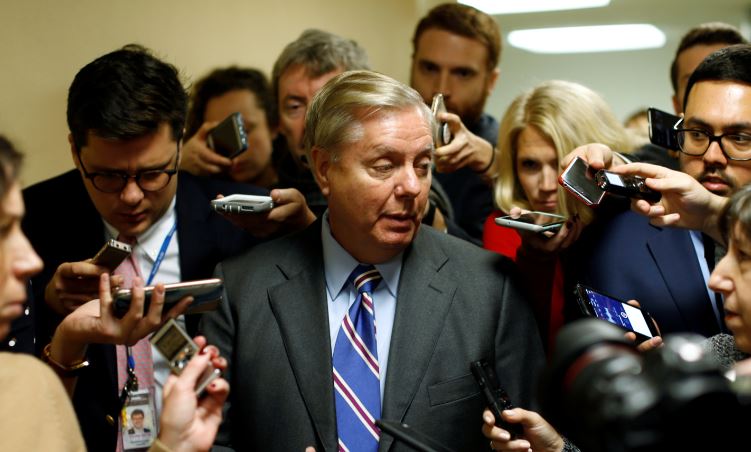 Cruz is mirroring Graham’s position. “If they are going to refuse to be neutral. If they are going to engage in viewpoint discrimination, then they don’t deserve any special immunity from liability that congress has given them,” the Texas Republican said in a BlazeTV interview Wednesday.

Other conservative pundits believe Hawley is misinterpreting the law. Section 230 states that “no provider or user of an interactive computer service shall be treated as the publisher speaker of any information provided by another information content provider.” It also had its birth pangs during the mid-1990s, when lawmakers and regulators were not certain what to make of the internet.

Section 230 was implemented in response to Stratton Oakmont v. Prodigy, a 1995 case where the investment firm Stratton Oakmont sued Prodigy over message board posts it claimed were defamatory. A court determined that since Prodigy, an online service that folded in 2001, was liable for what was published since it acted as a type of editor of the website. Lawmakers etched out the law in 1996, which ultimately overturned the court’s decision.

“Senator Hawley’s misguided legislation sets the table for stricter government control over free expression online,” Billy Easley of Americans for Prosperity said in June. “Eroding the crucial protections that exist under Section 230 creates a scenario where government has the ability to police your speech and determine what you can or cannot say online.”

Democrats have signaled a willingness to work with Graham. Democratic Sen. Richard Blumenthal of Connecticut said Sec. 230 is “the biggest obstacle to accountability.”

“The immunity, which is so broad and uniquely encompassing by many of the tech companies, is part of the reason that they are failing to do more,” Blumenthal told reporters after Tuesday’s hearing. He said he is willing to work with Graham on the changes.