Hawaii Democratic Sen. Mazie Hirono did not know what the United States-Mexico-Canada Agreement (USMCA) was when asked by a reporter Thursday if she would be for moving forward with the replacement to the North American Free Trade Agreement (NAFTA).

The USMCA, a change from NAFTA, is a bipartisan trade agreement that some think could benefit America’s farmers, ranchers, businesses, and workers. Once approved by Congress, the USMCA is supposed to help longstanding trade problems by giving American businesses more freedom to sell their goods and services throughout North America.

One of her staffers then cut in, and said to Hirono, “the new NAFTA.” Hirono paused for a while and then said, “I have to think about that.”

The reporter followed up asking if she thought Democrats should wait for a Democratic president in order to get the trade deals through.

“I do not know if the new NAFTA is that much of a big improvement over the old NAFTA. So, from that standpoint, I do not know if she should bring it up, but she does have a few other things on her table right now,” Hirono responded.

The reporter then asked how she would vote on the USMCA, to which Hirono responded by saying, “I do not know yet.” 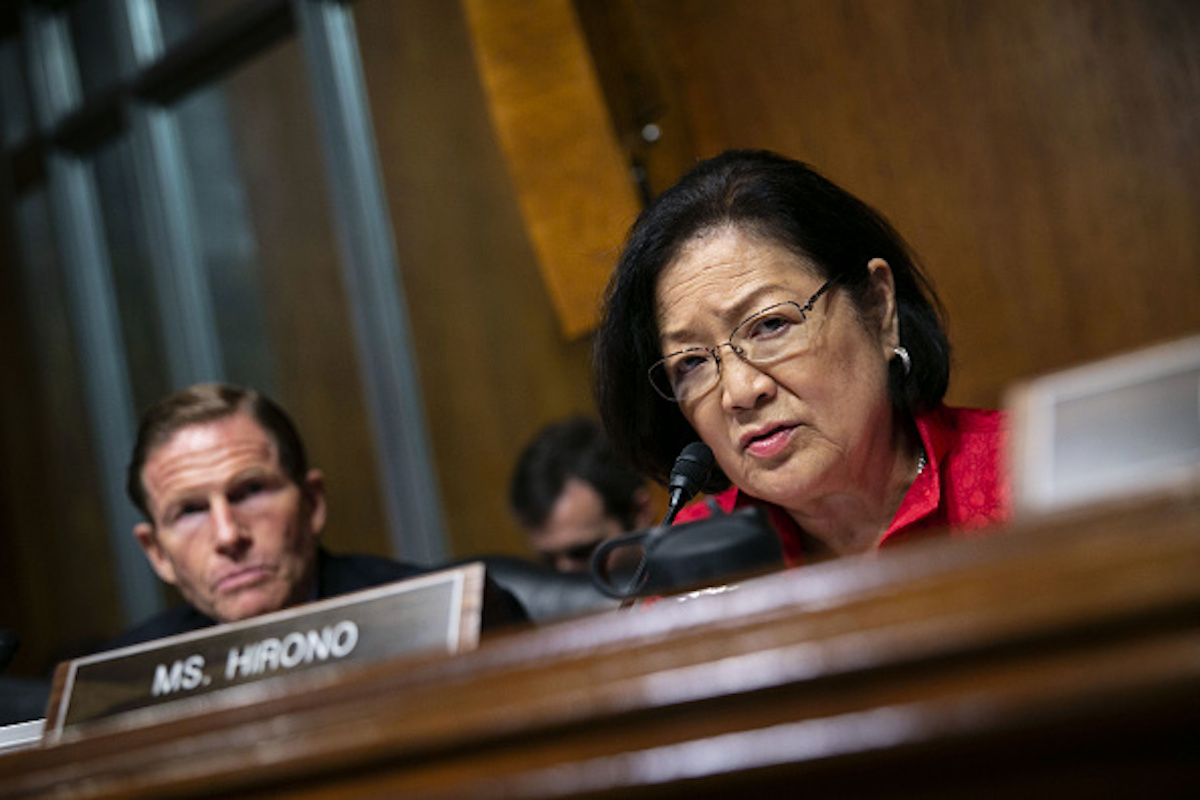 This comes as The Republican National Committee (RNC) launched a six-figure advertisement buy this week targeted at 20 congressional Democrats across the country, asking constituents to push Congress to approve the USMCA. (RELATED: EXCLUSIVE: RNC Drops 6 Figures On Ad Buy For USMCA)

“While President Trump is keeping his promise to fight for fairer trade deals, Democrats are intent only on fighting President Trump,” RNC Chairwoman Ronna McDaniel said to the Daily Caller. “The USMCA will spur economic growth, create thousands of jobs, and allow American businesses to thrive in the modern economy. Congress needs to get on board and pass the USMCA on behalf of the American people.”

The White House plans to send its replacement for NAFTA to Congress after Sept. 1, setting up a vote by the end of 2019, CNBC reported.