Democratic New York Rep. Alexandria Ocasio-Cortez reiterated her claim Friday that migrant detainees told her they were instructed to drink water out of toilets.

“I believed these women. I believed the canker sores that I saw in their mouths because they were only allowed to be fed un-nutricious food,” she continued, her voice beginning to crack.

“And what was worst about this Mr. Chairman, was the fact that there were American flags hanging all over these facilities,” she said.

The New York congresswoman’s testimony came days after she first said, upon touring a Customs and Border Protection (CBP) detention facility near the southern border, that women in custody were given no fresh water and had to drink out of toilet bowls.

The allegation, retweeted over 50 thousand times, created a firestorm in the media and drew heavy pushback from CBP officials.

Now I’ve seen the inside of these facilities.

It’s not just the kids. It’s everyone. People drinking out of toilets, officers laughing in front of members Congress.

I brought it up to their superiors. They said “officers are under stress & act out sometimes.” No accountability.

The agency put out a statement directly refuting the idea that migrants drink out of toilets, and the CBP Deputy Commissioner Robert Perez said he never “heard of that type of allegation being made” in his nearly 30 years of working in the field. National Border Patrol Council President Brandon Judd published an op-ed calling Ocasio-Cortez’s claim “outrageous” and something that is easily disproven by video.

In a video released by CBP, Chief Patrol Agent Roy Villareal walked through a facility and showed viewers what is provided. Villareal showed the massive amount of food, clothing, toothbrushes, and other amenities readily available for detainees. He was also filmed drinking water out of a faucet that was connected to a toilet — dispelling what he framed as the “biggest misinformation” about the facilities.

However, it may have been the Republicans testifying before the committee on Friday who gave the sharpest rebuke to Ocasio-Cortez. 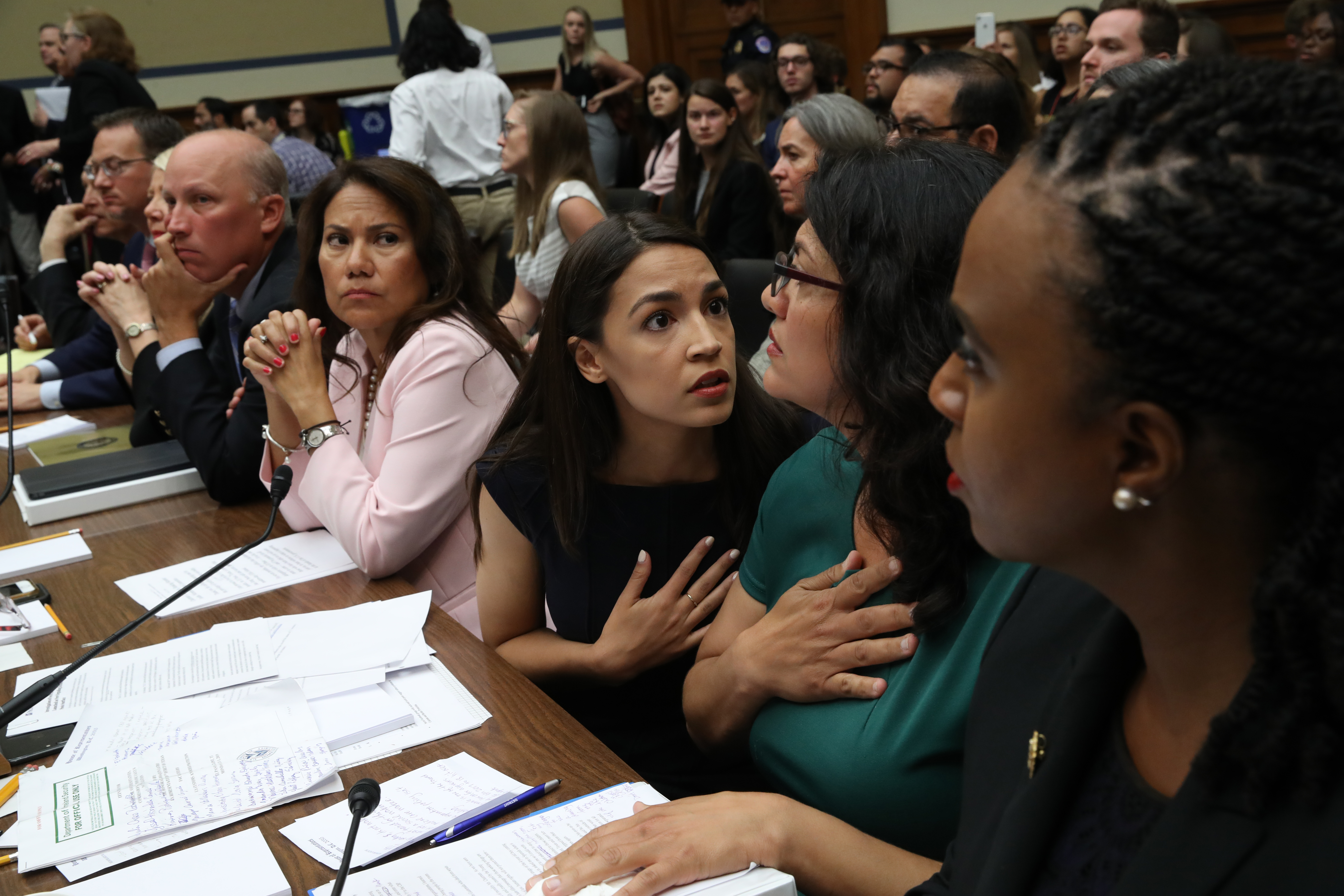 “This whole issue about drinking out of the toilet is wrong. No one drinks out of a toilet. No one is being asked to drink out of a toilet,” Arizona GOP Rep. Debbie Lesko said.

“So please, American public, there is no one asking people to drink out of toilets,” she continued. (RELATED: Matt Gaetz Plays Audio Of Top Democrat Denying, Laughing At Border Crisis Question)

“Meanwhile, my Democrat colleagues prefer to stand in front of chainlink fences next to an empty parking lot, while making up hyperbole for clicks, Twitter followers and cynical politics,” Texas GOP Rep. Chip Roy said Friday, a reference to viral photographs taken of Ocasio-Cortez in 2018.