President Donald Trump declared a state of emergency in Louisiana as Tropical Storm Barry prepares to hit, according to a statement the White House issued Thursday evening.

Declaring a state of emergency allows Louisiana to use money and federal resources as it deals with the incoming storm, Reuters reported.

The Department of Homeland Security and Federal Emergency Management Agency will work on disaster relief efforts as the storm heads toward Louisiana, Fox News reported.

The announcement comes as Louisiana Democratic Gov. John Bel Edwards declared a state of emergency Wednesday after 28 parishes issued emergency declarations in 24 hours and more were expected to do so, according to Fox News. Residents have been setting up sandbags in front of their homes or moving to higher ground in preparation.

Trump tweeted Thursday evening that residents in Louisiana should listen to officials and “be SAFE!” (RELATED: Death Toll Inches Up As Michael Weakens To A Post Tropical Cyclone)

To everyone on the Gulf Coast: As you make preparations to protect your homes & loved ones from flooding & the coming storm, it is imperative that you heed the directions of @FEMA, State & Local Officials. We are working closely w/ them. Please be prepared, be careful, & be SAFE!

Edwards thanked Trump Thursday evening on Twitter for “quickly responding.” The governor’s emergency announcement allowed up to 3,000 soldiers and airmen from the Louisiana National Guard to help ahead of the storm, WBRZ-TV reported.

Thank you President Trump for quickly responding to my request for a federal disaster declaration. This will help us better coordinate and respond to the incoming storm. #lagov #lalege #lawx https://t.co/55PI4hEXry

The incoming storm could have winds up to 75 mph and strengthen to a Category 1 hurricane as it comes ashore, forecasters said. 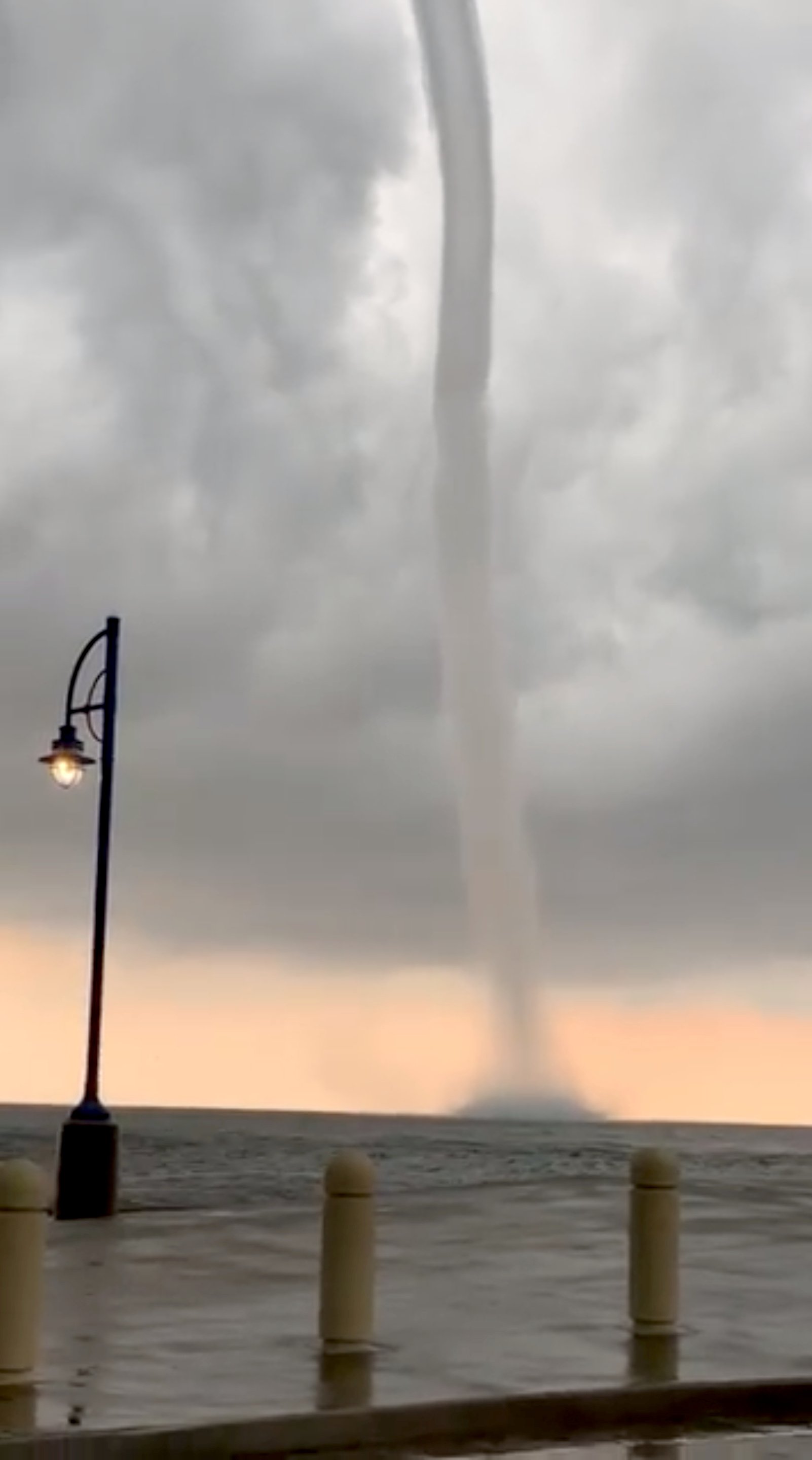 A waterspout is seen in New Orleans, Louisiana, U.S., July 10, 2019 in this still image obtained from a social media video. (Tracey Ahlborn/Reuters)

The Mississippi River is expected to rise to 19 feet Saturday morning in the New Orleans area, which suffered from Hurricane Katrina in 2005. The levees there are 20 to 25 feet high, Fox News reported.