The Trump administration asked the Supreme Court for clearance to begin constructing 100 miles of fencing through drug-smuggling corridors along the U.S.-Mexico border.

The Friday request comes after U.S. District Judge Haywood Gilliam forbade the administration from using $2.5 billion in military funds for border wall construction. The 9th U.S. Circuit Court of Appeals denied the administration’s request to stay that ruling while litigation continued on July 3.

“The practical significance of the decision below for the government’s drug-interdiction efforts would weigh strongly in favor of further review,” the government’s stay application to the high court reads.

“The decision prevents the Department of Defense from taking steps to support the Department of Homeland Security that the acting secretary of defense determined to be ‘necessary in the national interest’ to stanch the flow of illegal drugs across the southern border,” it adds.

The trial court’s injunctions stalled border barrier construction projects in Arizona and New Mexico. The projects are high priorities for DHS given the volume of drug trafficking in those areas, according to government lawyers.

President Donald Trump declared a national emergency at the southern border on Feb. 15. Following the declaration, the Pentagon reprogrammed the contested funds for border wall projects, pursuant to a federal law allowing the defense secretary to reassign money to address unforeseen needs. However, the reprogrammed funds cannot finance expenditures previously “denied by the Congress.”

Congress appropriated $1.375 billion for the border wall after a weeks-long government shutdown. Gilliam said Trump was unlawfully spending money without congressional approval, finding projects financed by the reprogrammed $2.5 billion had been “denied by the Congress.” A three-judge panel of the 9th Circuit affirmed 2-1. (RELATED: Trump Did Exactly What Opponents Of The Census Citizenship Question Said He Should Do) 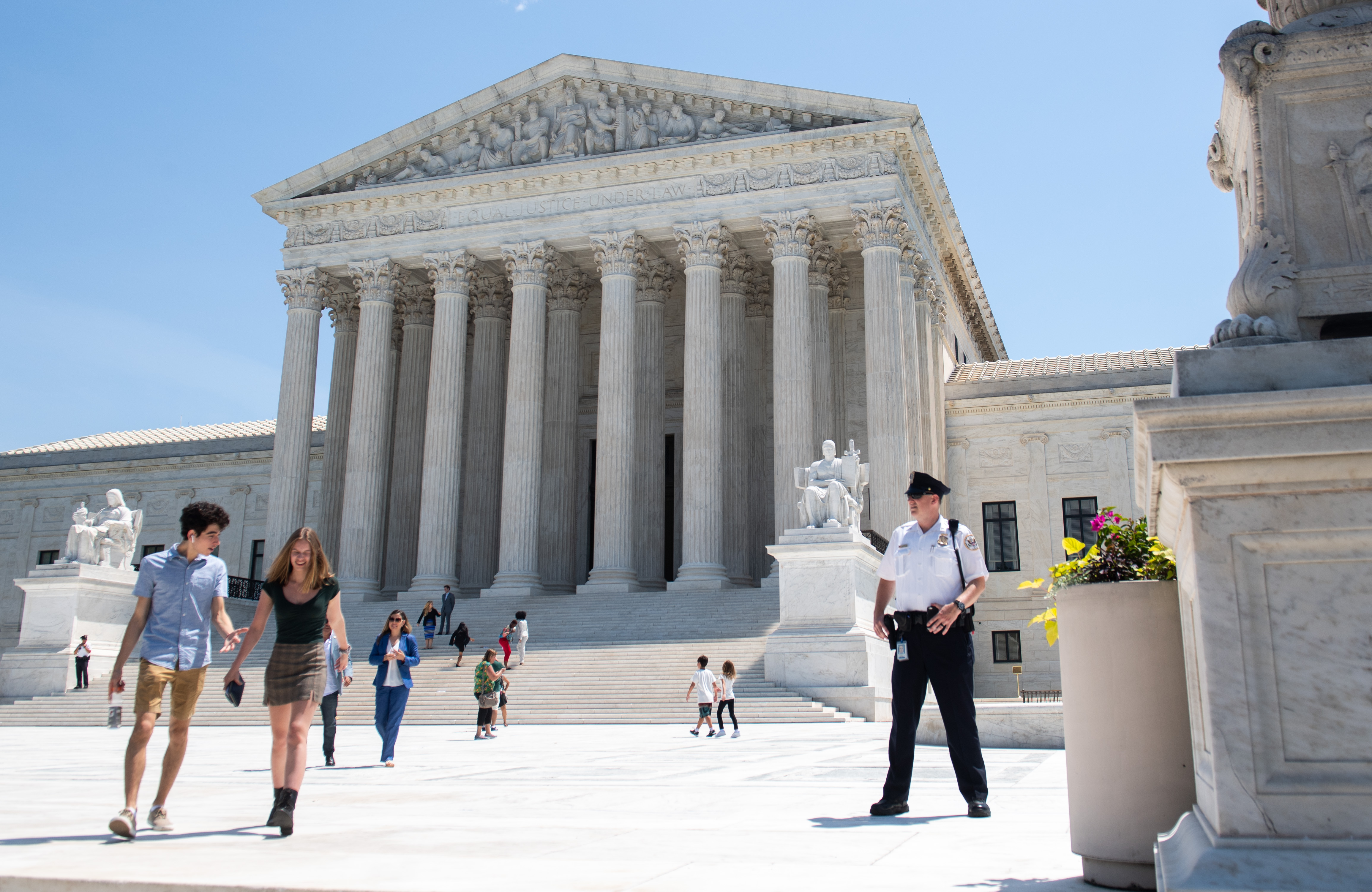 The Sierra Club, an environmentalist group, brought the lawsuit now before the Supreme Court. The plaintiffs say they have “recreational and aesthetic interests” in habitats near the border. The administration told the justices that the Sierra Club does not have standing to bring a lawsuit.

Even if the environmentalists are “proper plaintiffs,” their interests in hiking and birdwatching “do not outweigh the harm to the public from halting the government’s efforts to construct barriers to stanch the flow of illegal narcotics,” government lawyers wrote.

The American Civil Liberties Union (ACLU), which represents the Sierra Club, said it will fight Trump’s request in the Supreme Court.

“Congress has already considered and rejected Trump’s xenophobic obsession with a wall,” said Dror Ladin, an ACLU lawyer who argued the case in the lower courts. “And the Constitution is clear that the president has no power to disregard that decision. We will continue to defend the Constitution’s clearly defined separation of powers, which the Supreme Court has recognized for centuries.”

Justice Elena Kagan hears emergency matters arising from the 9th Circuit. She ordered the environmental group to respond to the administration’s application by July 19.

The government asked the high court to decide on its application by July 26. The Defense Department needs several months to complete the contracting process for each project, and the $2.5 billion at issue will not be available for assignment after the fiscal years ends on Sept. 30.