Energy Secretary Rick Perry shared a story about Ross Perot’s generosity to wounded veterans after the Texas billionaire passed away.

The story, an op-ed titled “Rick Perry: Now that Ross Perot is gone, I can tell this story,” appeared in the Dallas Morning News Friday.

“This week, the nation remembers Ross Perot for his success in business, his two independent White House bids and his no-nonsense, straight Texas talk,” Perry wrote. “[T]here is another little-known part of the life of Ross Perot that should be told now that he is gone. He was a tireless, but private, supporter of our wounded veterans.”

Perry described what Perot did for the family of Army Cpl. Alan Babin Jr. after he was shot in the abdomen while serving in Iraq in 2003.

In addition to Babin Jr.’s grave injuries, meningitis and a stroke-induced coma had devastated his neurological recovery and left him wheelchair-bound and physically incapacitated.

While visiting Babin Jr. in Austin, Texas, one year after his injury, Perry, who was governor of Texas at the time, asked the veteran’s mother Rosie Babin how he could help. She mentioned not knowing how she would transport her son back and forth to the doctor given his condition.

An incredibly heart-warming story about Ross Perot. It’s worth a moment of your time. https://t.co/jBbSy3GwqO

Perry made one phone call that changed the Babin family’s life and left Perry awe-struck forever. The call was to Perot.

The next day, Babin received a call from Perot himself. He made arrangements for her and her son to meet his plane in Austin, after which they were flown to Dallas.

They were transported to the Zale Lipshy University Hospital, where Perot waited to personally see to their needs.

Appointments with the top neurologists had been made. A hotel room had been rented across the street for the duration of treatment.

When Babin had to leave for her younger daughter’s prom dance, Perot visited Babin Jr. in the hospital to make sure he wasn’t alone. 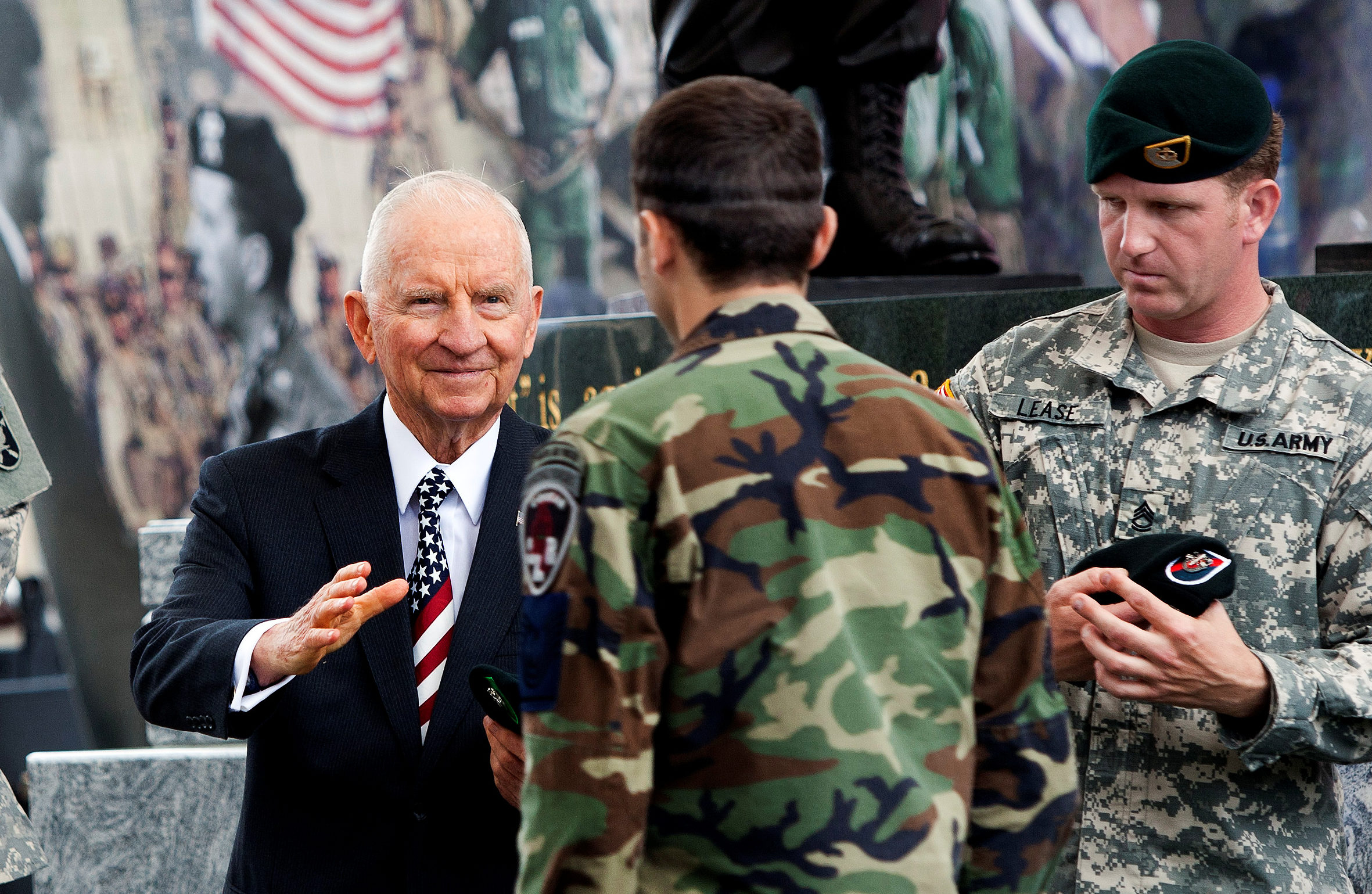 After three weeks, they were flown back to Austin on Perot’s jet and found a gleaming handicapped-equipped conversion van sitting in their driveway.

The Babins never saw a bill. Perot’s only request was that they call him if they needed anything else.

Today the family lives in a specially equipped smart home provided by Gary Sinise, also known for his generous commitment to wounded veterans.

Perot passed away at 89 on June 9 from leukemia. (RELATED: Ross Perot Dead At 89)

“Ross would have shunned any effort to grant him credit for his support of Alan and the untold others he quietly helped through unimaginably challenging times,” Perry wrote.

“Everyone should know the quality of the man that our state, our nation and our wounded veterans have lost,” he said, adding “God Bless Ross Perot.”