Actress and left-wing activist Alyssa Milano on Saturday tweeted an image that included Vice President Mike Pence’s visit to an immigration detention center along with a picture of Nazi chief Heinrich Himmler touring a prisoner of war compound.

Milano posted the picture of Pence at the detention facility juxtaposed below Himmler walking past prisoners. Himmler was a one-time poultry farmer who was ultimately responsible for all Nazi security forces and directly oversaw the Holocaust. Pence, who toured a McAllen, Texas immigration facility on Friday, has described himself as “a Christian, a conservative and a Republican. In that order.”

Milano’s tweet did not go unnoticed on Twitter with dozens of people telling Milano that they thought the comparisons were either inappropriate or inaccurate. (RELATED: Alyssa Milano Says She’s A ‘Gay Man’ In A Weird Tweet — Doubles Down On Critics)

She neither explained nor commented further in the tweet. 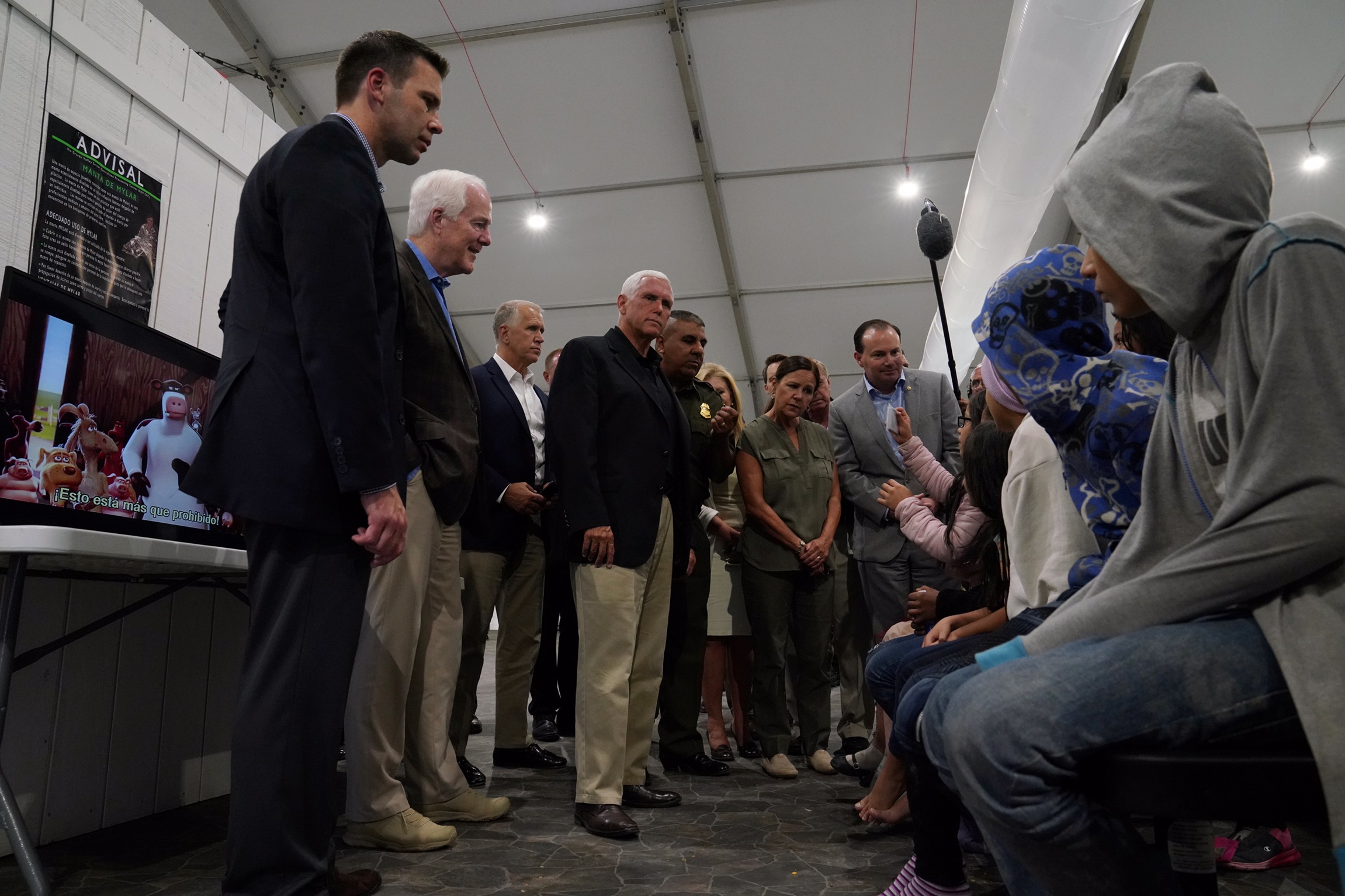 The actress is not the first Twitter star to attempt to draw parallels between the Nazis and border detention. Democratic New York Rep. Alexandria Ocasio-Cortez recently called the facilities “concentration camps on our southern border.” The Holocaust Center upbraided the congresswoman for making the comparison. (RELATED: Ocasio-Cortez Visits Border Facility, Claims Migrant Women Were Forced To Drink Toilet Water) 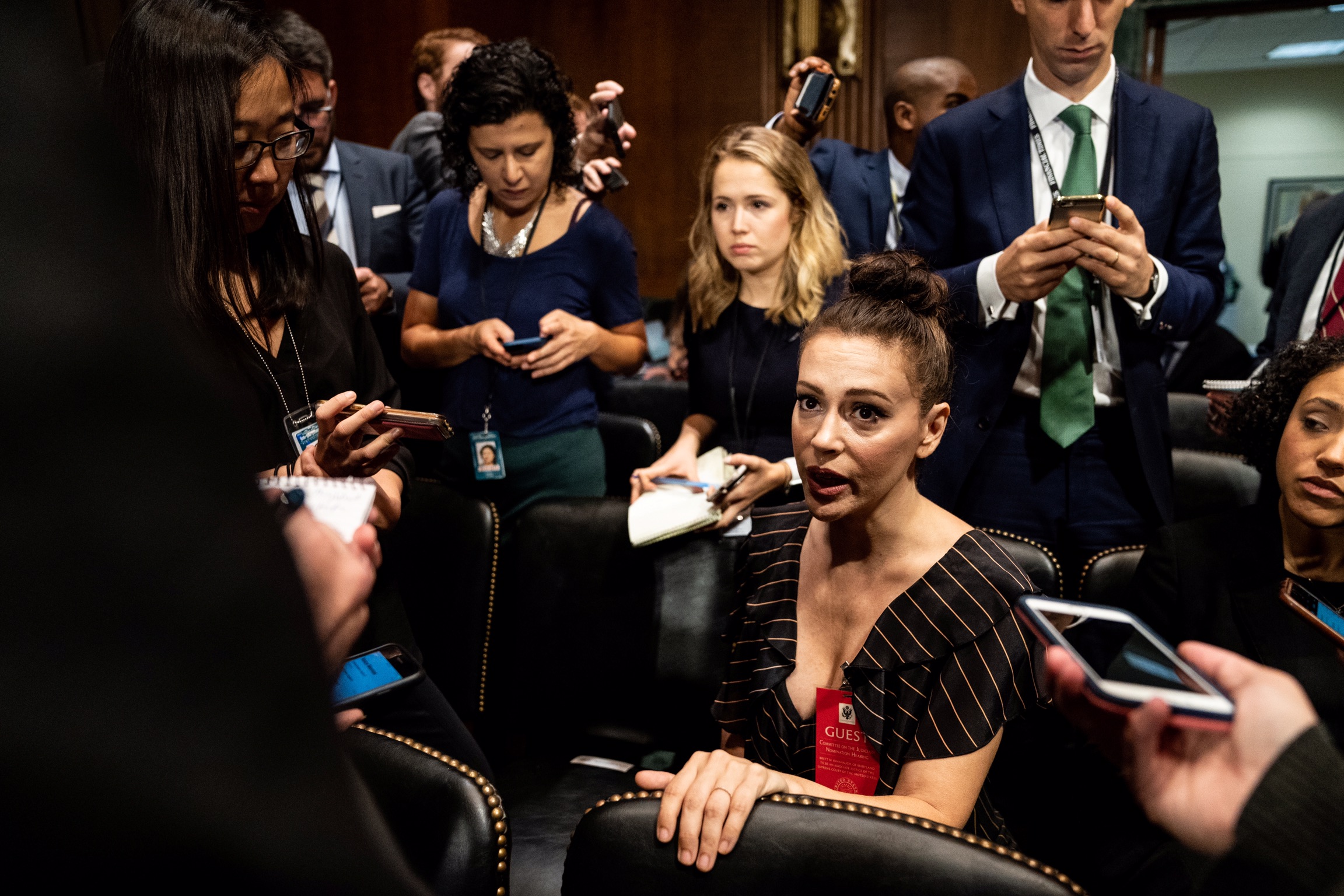 Actress Alyssa Milano is seen ahead of a Senate Judiciary Committee hearing of Dr. Christine Blasey Ford at the Capitol Hill in Washington, U.S., Sept. 27, 2018. Erin Schaff/Pool via REUTERS

Milano is known for her controversial tweeting, once suggesting in the wake of a plethora of pro-life laws throughout the United States that women stage a “sex strike” until they have “legal control over their bodies.”

Her political actions have included opposing the nomination of Justice Brett Kavanaugh to the Supreme Court. She was also an observer when the Senate Judiciary Committee was considering that appointment.