Those distributing the poll say swing voters know and dislike socialism, with some operatives warning the connection could cost the Democratic Party the House and the presidency. One operative lamented the oversized amount of media coverage Ocasio-Cortez and her progressive colleagues are attracting.

“If all voters hear about is AOC, it could put the [House] majority at risk,” a top Democrat involved in 2020 congressional races told Axios, addressing the poll’s details. “[S]he’s getting all the news and defining everyone else’s races.” The poll included 1,003 likely voters who are white and have two years or less of college education. 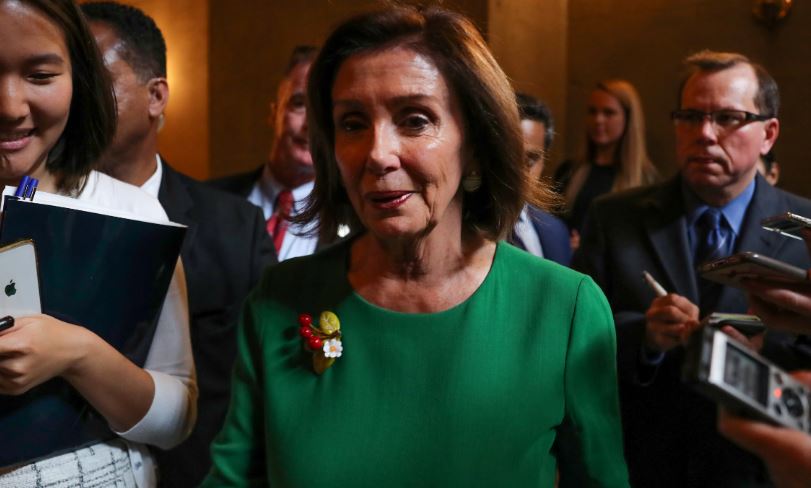 U.S. House Speaker Nancy Pelosi speaks to reporters as she walks to her office at the U.S. Capitol in Washington, U.S. July 9, 2019. REUTERS/Jonathan Ernst/File Photo

The poll, which was shared to Axios on the condition of anonymity, shows swing voters don’t think much of Ocasio-Cortez’s brand of Democratic socialism. Socialism was viewed favorably by 18% of the voters and unfavorably by 69%. (RELATED: Ocasio-Cortez Disses Moderates, Explains How To Deal With ‘Fear’ Of Socialist Change)

Axios’ report comes as House Speaker Nancy Pelosi of California attempts to deal with a minor insurrection from Ocasio-Cortez and three of her liberal House colleagues. Pelosi took a shot at the upstart New York lawmaker during an interview with The New York Times published on July 6.

“All these people have their public whatever and their Twitter world, but they didn’t have any following,” Pelosi told NYT columnist Maureen Dowd. “They’re four people and that’s how many votes they got.” Ocasio-Cortez then used the race card against the senior Democrat.

“When these comments first started, I kind of thought that she was keeping the progressive flank at more of an arm’s distance in order to protect more moderate members, which I understood,” she said in a July 10 interview with The Washington Post. “[I]t got to a point where it was just outright disrespectful … the explicit singling out of newly elected women of color.”