Amazon warehouse employees at a 2.3 million square foot fulfillment center in Shakopee, Minnesota, are striking for six hours Monday in an attempt to disrupt the company’s largest annual sale and make a statement about working conditions, according to CBS Minnesota.

Amazon sold over 100 million products during Prime Day in 2018, according to CNBC.

“Amazon warehouse workers at MSP1 in Shakopee will go on strike as part of their continued push on the corporate giant to provide safe and reliable jobs, show respect for workers and their right to organize for better working conditions, open up opportunities for advancement for the predominantly East African workforce, and take concrete action to address pressing issues like climate change,” according to the Facebook event page for the strike. 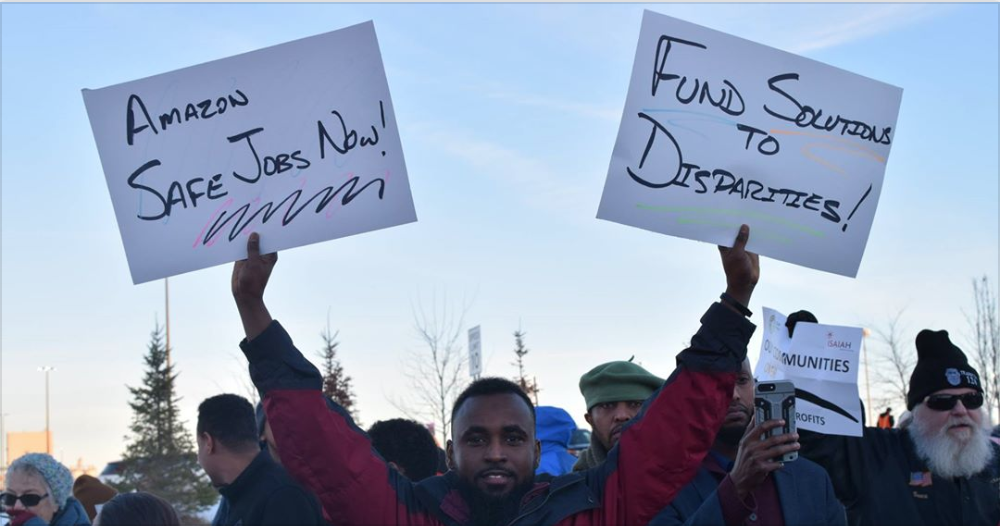 The Minnesota Amazon strike is organized by the Awood Center, a group concerned with building “East African worker power,” according to its website. The center did not immediately respond to a request for comment.

I fully support Amazon workers’ Prime Day strike. Their fight for safe and reliable jobs is another reminder that we must come together to hold big corporations accountable. https://t.co/ZkDDt9zeHv

Over 2,000 German Amazon employees have also been on strike for at least two days as of Monday, according to Reuters. Similar strikes occurred in 2018. (RELATED: Amazon Workers Around The World Are Going On Strike During Huge Summer Sale)

Amazon pilots are trying to make a statement via internet messaging, although they’re not going on strike, according to Adweek.

The Prime Day sale is not the only sale Amazon employees have sought to disrupt to make a statement. Approximately 2,400 amazon warehouse workers in Europe went on strike over Black Friday in 2018, protesting “inhuman” conditions.

Amazon announced on July 11 that it will invest $700 million into retraining a third of its employees by 2025 in an effort to address workers’ complaints of poor conditions and low opportunity.