EU leaders met in Brussels Monday to discuss the Obama-era Iran deal in hopes to save the deal.

France, Germany, the U.K. and the EU remain in the 2015 Joint Comprehensive Plan of Action (JCPOA) but are unsure whether to implement further sanctions against the regime for violating the deal’s requirements because they believe there is still hope, The Washington Post reported Monday. (RELATED: Iran Announces Another Move That Could Mean It’s Closer To Nuclear Capabilities) 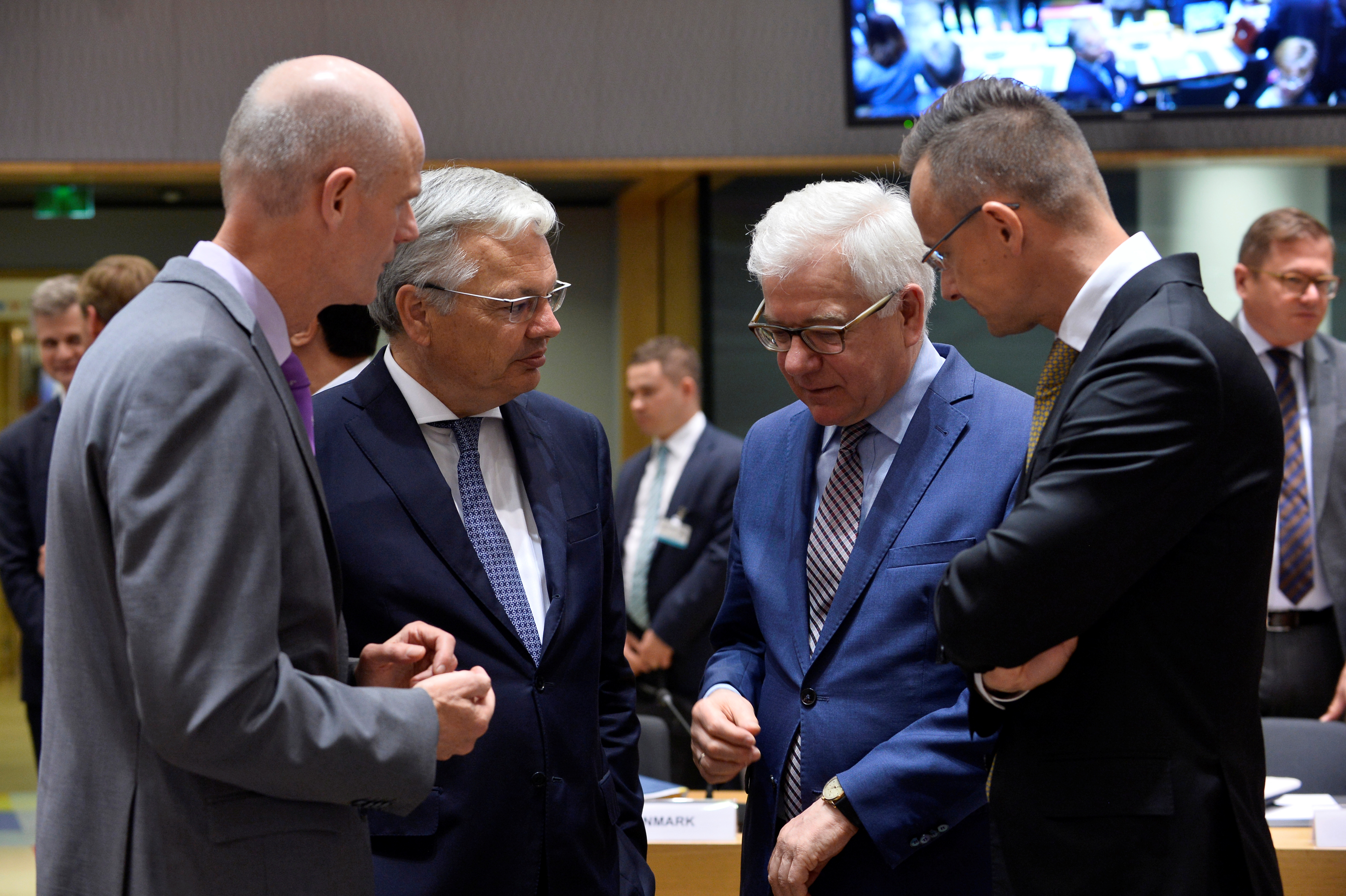 “The risks are such that it is necessary for all stakeholders to pause, and consider the possible consequences of their actions. We believe that the time has come to act responsibly and to look for ways to stop the escalation of tension and resume dialogue,” a  joint statement released Sunday by French President Emanuel Macron’s office reads.

British Foreign Secretary Jeremy Hunt told reporters Monday in Brussels, “We are looking for a way to preserve the nuclear deal, which we think is the best way of keeping the Middle East, as a whole, nuclear-weapon free. … We think there is a closing but small window to keep the deal alive. What we’re looking for is to give Iran a way out of this.”

“Well, it (Iran nuclear deal) isn’t dead yet.” @Jeremy_Hunt comments on Iran as he arrives in Brussels for the EU foreign ministers’ summit. pic.twitter.com/LCXDOODMre

President Donald Trump pulled the U.S. out of the deal in 2018 after his administration reported that Iran was violating its requirements.

Iran’s Atomic Energy Organization spokesman, Behrouz Kamalvandi confirmed to the Associated Press on July 8 that the country had begun enriching its uranium to 4.5% purity, which violates the rules of the 2015 nuclear deal.

Kamalvandi also hinted in a state TV interview that the country might try to enrich its supply of the element to 20% purity or more and restart previously deactivated IR-2 M centrifuges, which are used to purify uranium, in the coming months if the EU does not shelter the regime from the effects of U.S. tariffs.

EU leaders are now trying to come up with a plan in Brussels that would do exactly that. They believe Iran’s breaches of the deal are a negotiating tactic, according to The Post. (RELATED: Suspected Spies In Iran Could Be Facing Death Penalty: Report)

But some have accused the EU of being too weak with negotiations.

“We are being accused … of supporting the Iranian regime’s violations of the Iran deal and of being too weak against the U.S.,” a senior EU diplomat speaking on condition of anonymity told The Post.

An EU spokeswoman told reporters on July 9, “We continue to urge Iran not take further measures that undermine the nuclear deal to stop and to reverse all activities that are inconsistent with the JCPOA, including the production of low-enriched uranium.”

A July 9 statement from the Foreign Ministers of France, Germany, the U.K. and the High Representative of the European Union said, “We express deep concern that Iran is not meeting several of its commitments under the Joint Comprehensive Plan of Action. Iran has stated that it wants to remain within the JCPOA. It must act accordingly by reversing these activities and returning to full JCPoA compliance without delay.”