Some Iranian women are pushing back against the compulsory wearing of the hijab head garment, refusing to abide by the religion-based mandate despite potential harassment or punishment from the country’s morality police.

There is anecdotal evidence that women are rebelling against the religious dress code with some success, according to The Associated Press. The cultural obligation for women to wear the headscarf in Iran was brought about by the 1979 Islamic Revolution and has remained strictly enforced ever since.

A journalist from the AP reportedly saw as many as two dozen women not wearing hijabs in affluent areas in Tehran over the course of nine days, according to the AP. (RELATED: New Zealand Broadcasts Islamic Call To Prayer To Honor Mosque Attack Victims) 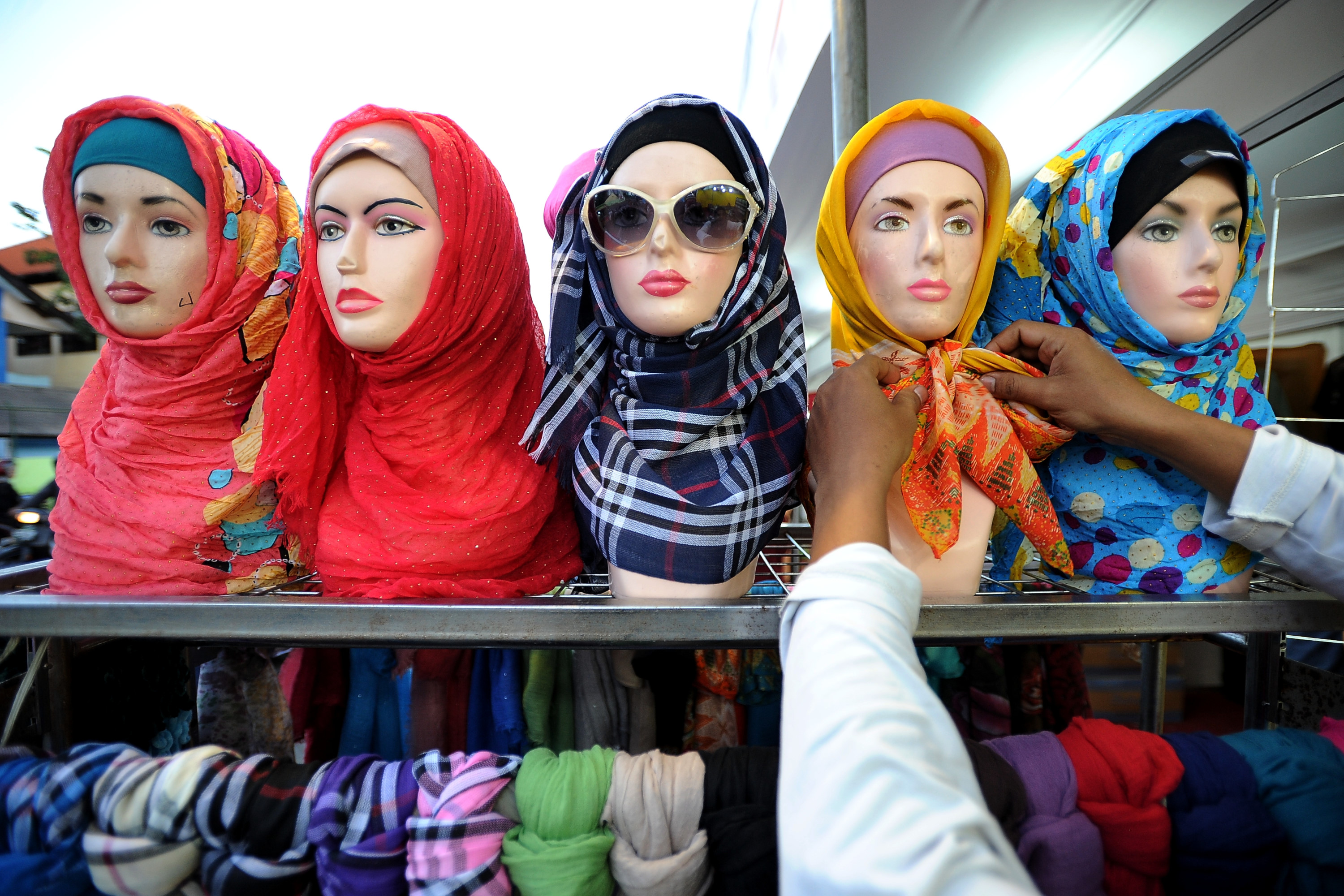 A vendor prepares hijabs for sale during Ramadan on June 17, 2015 in Surabaya, Indonesia. Muslims worldwide observe Ramadan, the ninth month of the Islamic calendar which is marked by a holy month of fasting, prayer, and recitation of the Quran. (Photo by Robertus Pudyanto/Getty Images)

Several other women are reportedly opting for more casual, loosely draped headscarves that reveal a considerably greater amount of hair and skin relative to the traditional hijab, rather than abandoning the garment altogether, the AP reported Monday.

“I have to confess it is really, really scary,” an anonymous 30-year-old Iranian woman told the AP. She explained that as more women join the movement to abandon the hijab, authorities are finding it increasingly difficult to crack down on violators.

“They are running after us, but cannot catch us,” she said. “This is why we believe change is going to be made.”

The fight against the compulsory wearing of the hijab first came to international attention in December 2017 when a woman waved her hijab from a stick on top of a utility box in Tehran’s Revolution Street.

Iranian President Hassan Rouhani and Ayatollah Ali Khamenei have both reportedly expressed leniency toward women who do not comply with the Islamic dress code, though many fundamentalists still hold rigid views on the issue and advocate for violent punishment for dissident women.

“The more women dress in an openly sexual way, the less we’ll have social peace, while facing a higher crime rate,” the head of the women’s branch of militant group Basij, Minoo Aslani, said last week.