This comes as Cummings subpoenaed Conway to discuss alleged violations of the Hatch Act even though the Trump administration said that it will block Conway from testifying before the committee. The White House counsel sent a letter to House Oversight Chairman Elijah Cummings on June 24, saying that Conway will not appear before the committee Wednesday, mentioning “long-standing precedent.”

White House Counsel Pat Cipollone told Politico that current and former White House officials are “absolutely immune” from congressional testimony, saying “Ms. Conway cannot be compelled to testify before Congress with respect to matters related to her service as a senior adviser to the president.”

“Because of this constitutional immunity, and in order to protect the prerogatives of the Office of the President, the President has directed Ms. Conway not to appear at the Committee’s scheduled hearing on Monday, July 15, 2019,” Cipollone continued. 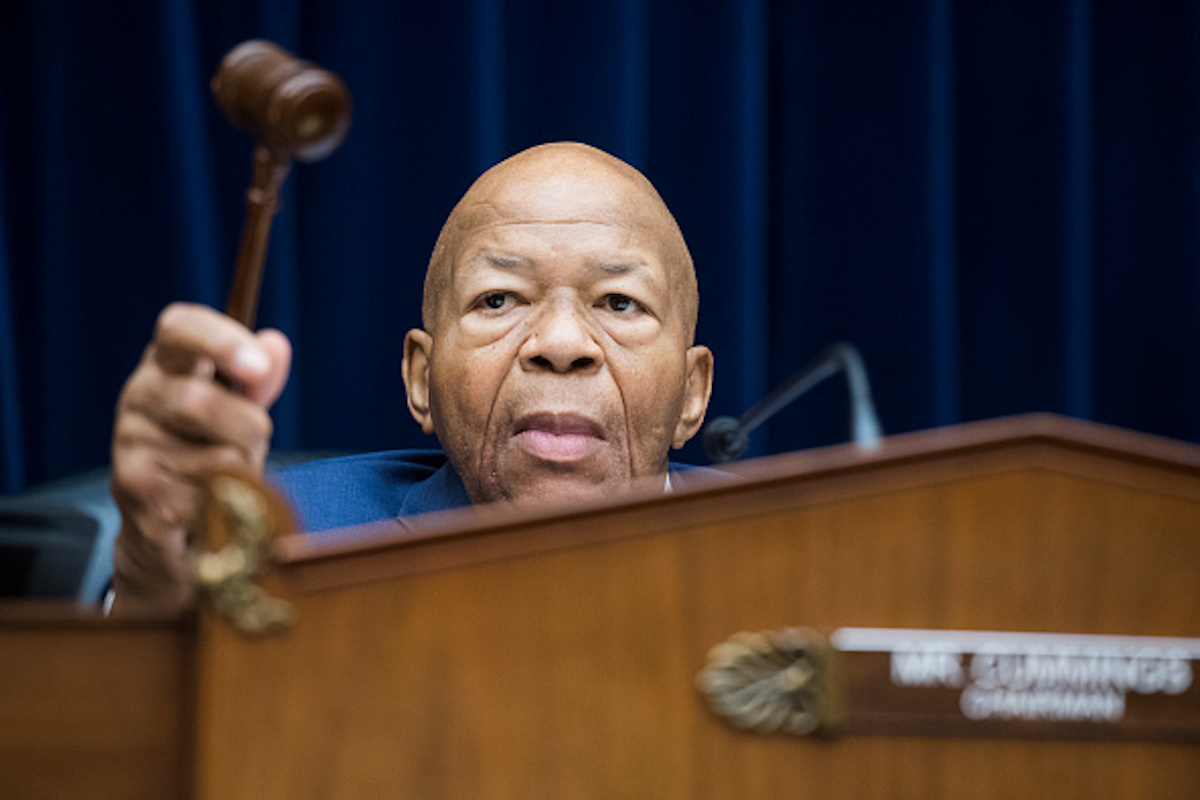 Chairman Elijah Cummings is seen during the House Oversight and Reform Committee hearing in Rayburn Building where members of Congress testified about their trip to the border of the U.S. and Mexico on Friday, July 12, 2019. (Photo By Tom Williams/CQ Roll Call)

The Office of the Special Counsel issued a recommendation that Conway be fired for making comments “disparaging Democratic presidential candidates while speaking in her official capacity during television interviews and on social media” in June.

Conway agreed with White House counsel that the Hatch Act law does not apply to assistants to the president, saying she would be the first member of the West Wing to be pulled in front of Congress to discuss the Hatch Act. (RELATED: White House Blocks Kellyanne Conway From Testifying Before House Panel)

“We think I’d be the first member of the West Wing to ever be hauled in front of Congress to talk about the Hatch Act,” Conway said to reporters Monday.