When asked by the Daily Caller if she condemned the attacks, Ocasio-Cortez responded by saying “any act of violence is of course terrible.” The response comes just hours after she refused to condemn the Antifa attack on the Tacoma ICE center, where a man armed with a rifle was killed by police after a man was throwing incendiary devices at the facility and set an American flag on fire, authorities said.

The Daily Caller also asked Minnesota Democratic Rep. Ilhan Omar and Massachusetts Democratic Rep. Ayanna Pressley about the attack after a Monday press conference, but both refused to answer the question if they condemned the attack.

Pressley’s staffer told The Daily Caller “the congresswoman said all of her remarks during the press conference,” while waiting next to Pressley at an elevator in the Capitol.

.@AOC refuses to condemn the Antifa attack on the Tacoma ICE center; refuses to tell @TheRealKeean if her inflammatory comments about “concentration camps” radicalized the attacker. pic.twitter.com/YOjn0yL032 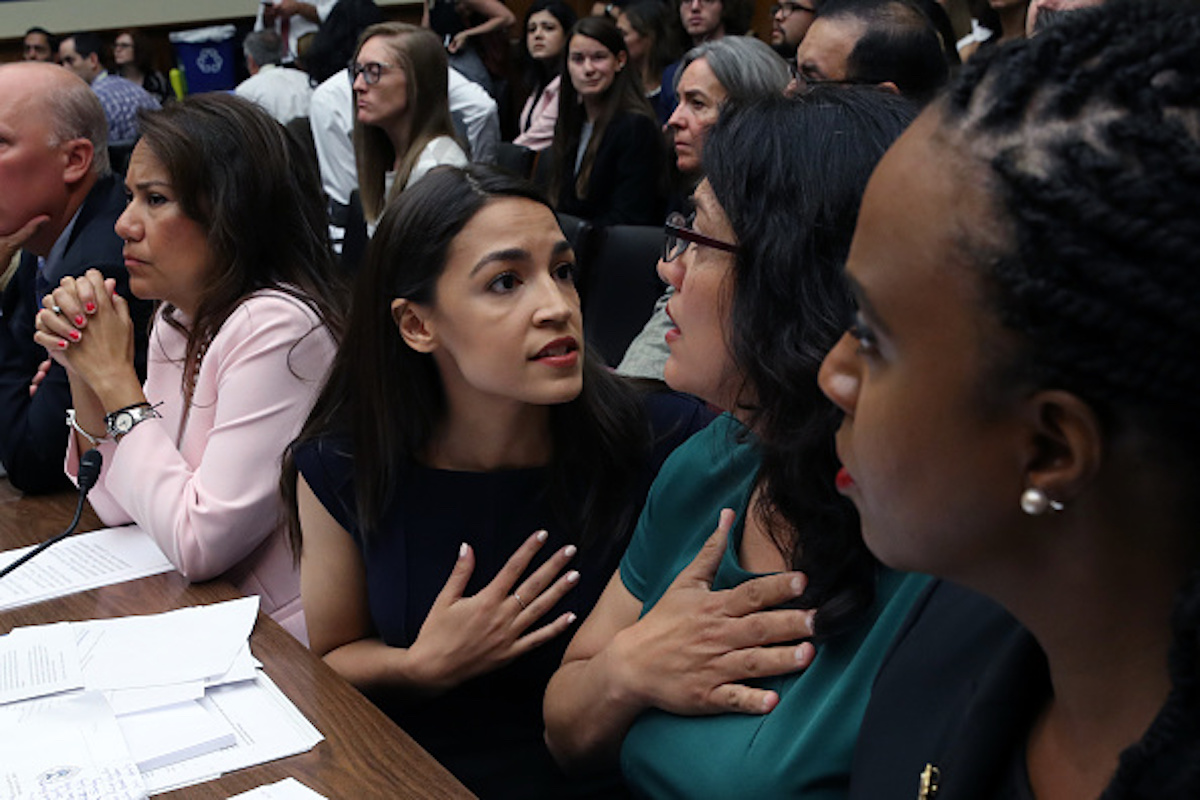 The man who attacked the ICE center over the weekend described detention centers the same way as Ocasio-Cortez, calling them “concentration camps” in a manifesto published before the attack. (RELATED: Antifa Member Who Attacked ICE Center Echoed Ocasio-Cortez’s ‘Concentration Camp’ Language In Final Manifesto)

Protesters in Aurora, Colorado, removed an ICE facility’s American flag and replaced it with a Mexican flag Friday. Later that day, protesters in Phoenix, Arizona blocked city streets as part of an anti-ICE demonstration.