People from Texas are apparently the most likely in America to storm Area 51.

An event has gone viral of people claiming they’re going to try and take over the infamous secret military base, and now DankGeek.com put together a study using Twitter data to determine the states with people talking about it the most. (RELATED: If You’re Dumb Enough To Storm Area 51, Then You’re Dumb Enough To Get Shot)

The top 10 states with people most likely to storm Area 51, according to the data from DankGeek.com, are as follows:

You can see a full make of the country below. 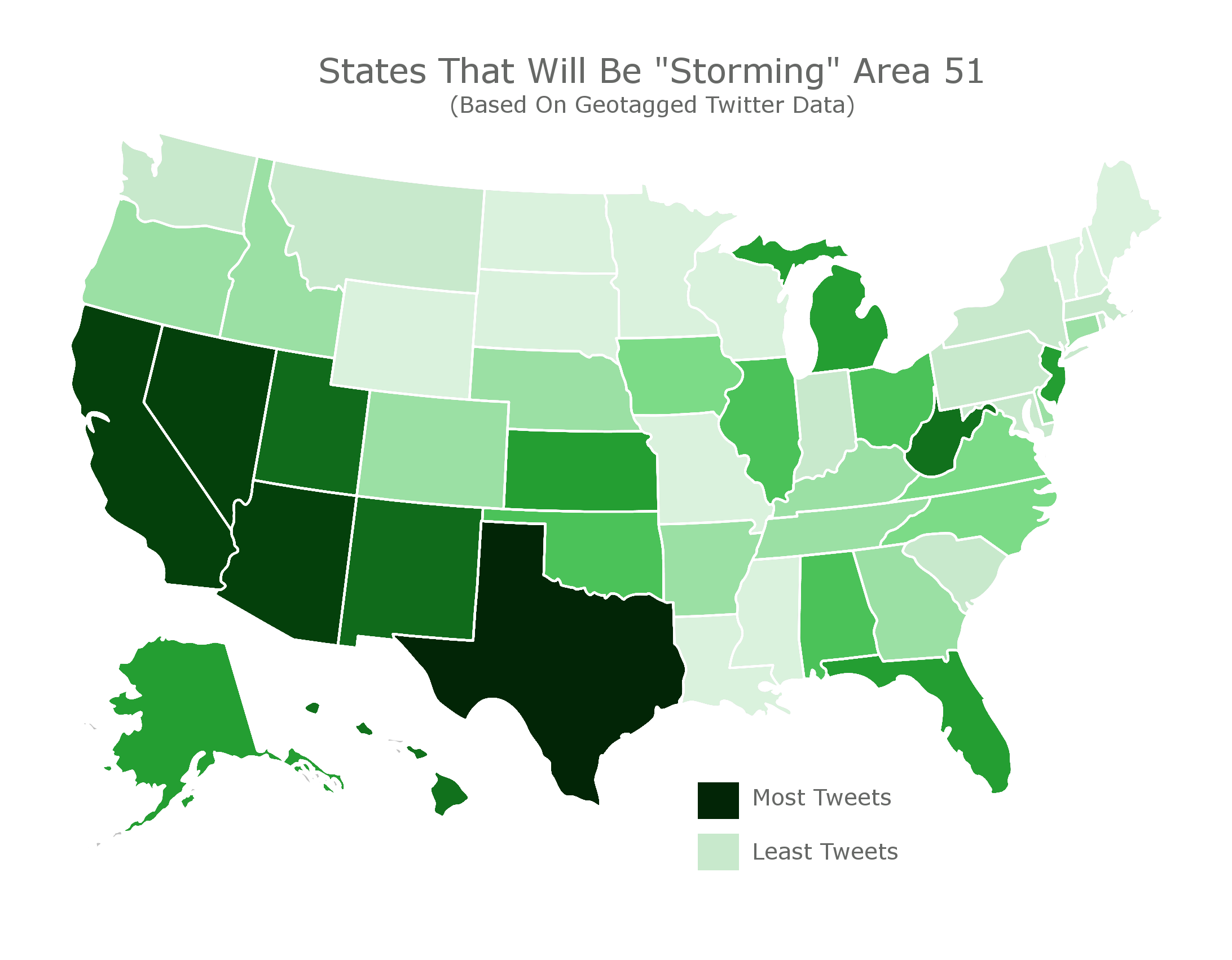 Why am I not surprised Texas is at the top of the list? They defended us at the Alamo until the very last man, and now their people are chattering the most about seeing the aliens.

Of course, it doesn’t matter what state you’re from. If you show up to Area 51 with the intention of storming the gates, you’re going to die.

It’s that simple. The United States military is going to obliterate you.

While I admire the great people of Texas, I hope like hell they’re not dumb enough to actually show up and try to take on the military.

I really hope not. People from California? If they want to run into a line of machine guns, then go for it. Texas? I’d prefer if we kept those freedom-loving Patriots alive.

Finally, what is Hawaii doing on this list? I’m pretty sure the United States military will have plenty of time to stop an invasion coming from Hawaii.

That whole thing called the ocean might give the Navy plenty of time to stop their antics before they even enter U.S. airspace.

Best of lucky to anybody dumb enough to try this stunt! I can’t wait to watch!