The House voted 240-187 after Pelosi called Trump racist on the House floor, breaking House rules, Republicans then forced a vote calling for the resolution to be removed due to her comments. However, Democrats voted against that measure, bringing the resolution back to the floor for the vote.

“These comments from the White House are disgraceful and disgusting and the comments are racist. Every single member of this institution, Democratic and Republican, should join us in condemning the president’s racist tweets,” Pelosi said. “To do anything less would be a shocking rejection of our values and a shameful abdication of our oath of office to protect the American people.”

“I urge a unanimous vote,” Pelosi said as she introduced the resolution to condemn Trump’s tweets against the four freshman congresswomen. (RELATED: Pelosi Announces Resolution Condemning Trump For ‘Go Back’ Tweets Directed At Ocasio-Cortez, Other Freshman Democrats)

Georgia Republican Rep. Doug Collins then asked Pelosi if she would like to “rephrase her comment,” as members of the House are not allowed to call the president “racist” on the floor, NBC News reported. 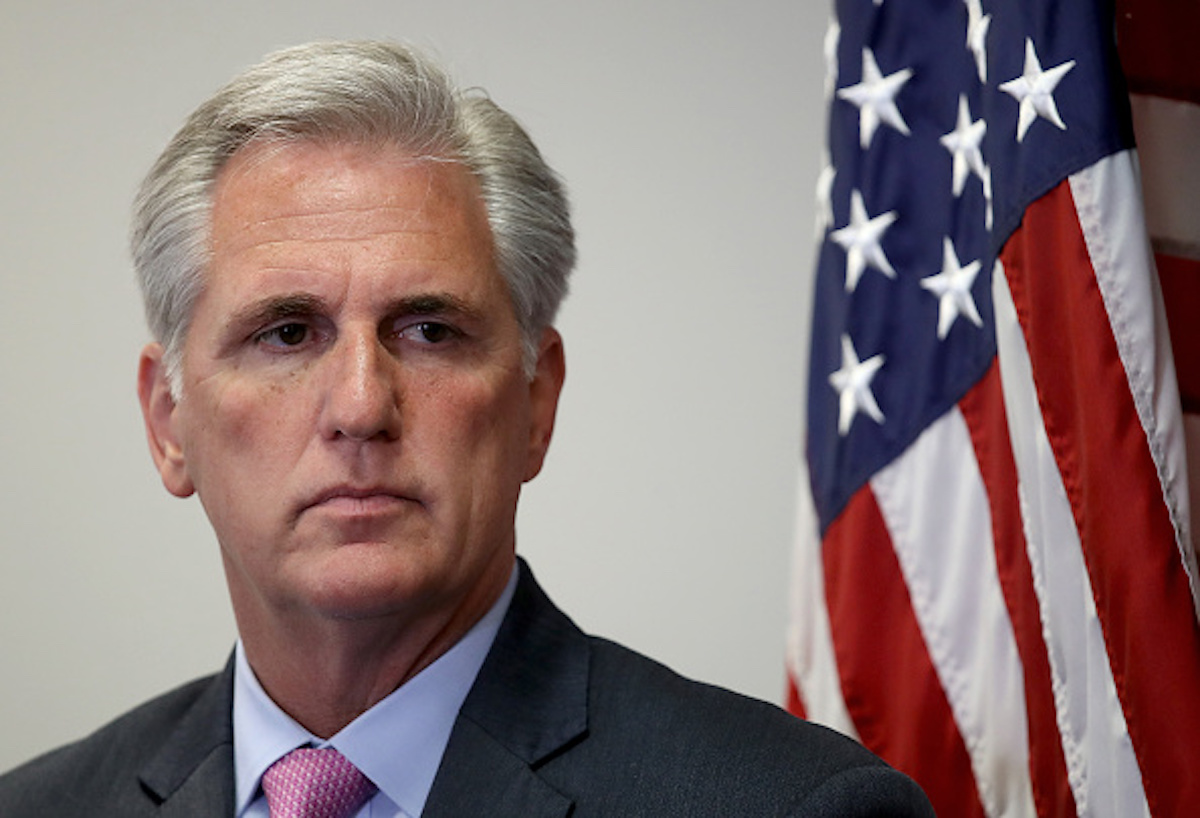 House Minority Leader Kevin McCarthy then called for a vote to remove the vote from the record, which was shut down by House Democrats.

“This week was supposed to be the week House Democrats secured their disastrous minimum wage hike proposal, something Speaker Pelosi said her caucus would do ‘in the first 100 hours’ of being in the majority. Six long months of disunity and intra-party quarreling has brought us to where we are today, in which even Majority Leader Hoyer agrees Pelosi’s comments violated the House’s rules of decorum,” McCarthy said to The Daily Caller.

“How can Democrats expect the American people to trust their ability to govern if they can’t even get a simple legislative proposal on the floor without their Leadership devolving into pandemonium and lawlessness?,” McCarthy continued.

Trump defended himself Sunday night as Democrats and others have continued to accuse him of racism after he tweeted that freshman Democratic Representatives, New York Rep. Alexandria-Ocasio-Cortez, Michigan Rep. Rashida Tlaib, Massachusetts Rep. Ayanna S. Pressley, and Minnesota Rep. Ilhan Omar should “go back” and fix the countries “they originally came from.”(RELATED: House Vote Delayed After Pelosi Calls Trump Comments ‘Racist’ On Floor)