The Justice Department charged 22 alleged members of MS-13 in connection with seven murders in the Los Angeles area, including one in which a rival gang member was dismembered with a machete.

The indictment, which was unsealed Monday, focused on members of a Los Angeles-area subset of MS-13 known as the Fulton clique. Prosecutors called the San Fernando Valley-based gang a “particularly violent subset” of MS-13 that “has recently seen an influx of young immigrants from Central America.”

The Trump administration has made MS-13 a major focus of his crackdown on illegal immigration and drug trafficking. The notoriously violent gang originated in El Salvador, but has strongholds in numerous American cities. (RELATED: Trump Asks Crowd How They Should Refer To MS-13 — They Shout Back ‘Animals!’)

Nick Hanna, the U.S. attorney in Los Angeles, said that the Fulton clique was responsible for 24 murders overall in the Los Angeles area over the past two years. Thirty-four members of the gang were indicted in 2017 in connection with three slayings.

The latest indictment charges the 22 alleged gang members under Racketeer Influenced and Corrupt Organizations (RICO) statute. In addition to seven murders, they are accused of attempted murder and trafficking more than $1.2 million in drugs. 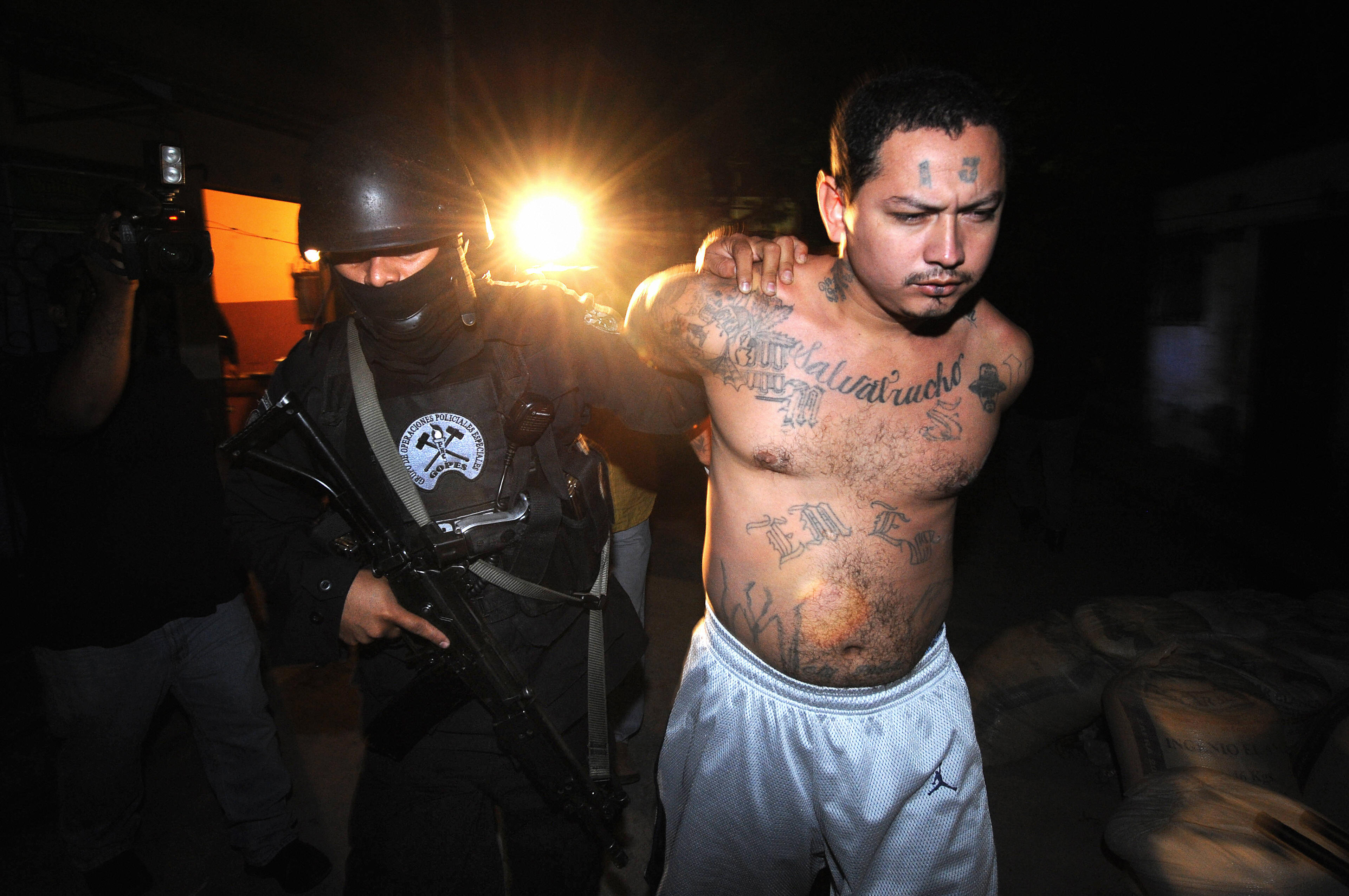 A member of the National Civil Police elite forces secures an alleged member of the MS-13 gang during a raid in the San Rafael community, in Santa Tecla, 12km east from San Salvador, early in the morning on January 31st, 2008. (Jose CABEZAS/AFP/Getty Images)

The indictment alleges gang leaders authorized and coordinated the murders of rival gang members, people who were believed to be working with law enforcement, and one homeless man who lived in a park in Hollywood controlled by the gang.

The murders were carried out “in an especially heinous, cruel, or depraved manner in that [they] involved torture or serious physical abuse to the victim,” the Justice Department said in a press release.

Many of the murders were carried out by recruits who were required to kill rival gang members in order to join MS-13.

The indictment describes one grisly murder in which a rival gang member was kidnapped and taken to Angeles National Forest. He was allegedly attacked and killed by six MS-13 members wielding machetes.

“The victim was dismembered, and his body parts were thrown into a canyon after one of the defendants allegedly cut the heart out of the victim’s body,” prosecutors said.

“We have now taken off the streets nearly two dozen people associated with the most violent arm of MS-13 in Los Angeles, where the gang is believed to have killed 24 people over the past two years,” Hanna, the U.S. attorney, said in a statement.

“This investigation has been an unqualified success. The collaborative law enforcement effort solved several murder cases and dealt a severe blow to members of the gang who engaged in acts of brutality not seen in the region for over 20 years.”