Sgt. Ryan O’Neill shot and killed Eric Logan, 54, in South Bend on June 16. Logan was suspected of breaking into cars at the time of his death and was armed with a knife.

“I can confirm that Sergeant Ryan O’Niell resigned from the South Bend Police Department effective immediately,” Police Chief Scott Ruszkowski said in a statement. “I am in receipt of his resignation letter. I will have no further comment at this time.”

Democratic presidential candidate Buttigieg to return to his city for a town hall shortly after the shooting, reported CNN.

Black Lives Matter staged a rally Saturday demanding O’Neill be fired, according to ABC 57. The protesters also stated demands for Buttigieg, which include financial reparations for Logan’s family and the dismissal of Ruszkowski. The group plans to host a 24-hour sit-in later this week, according to WVPE. (REATED: Black Leaders Rally In South Bend: Mayor Pete ‘Stop Trying To Avoid Us) 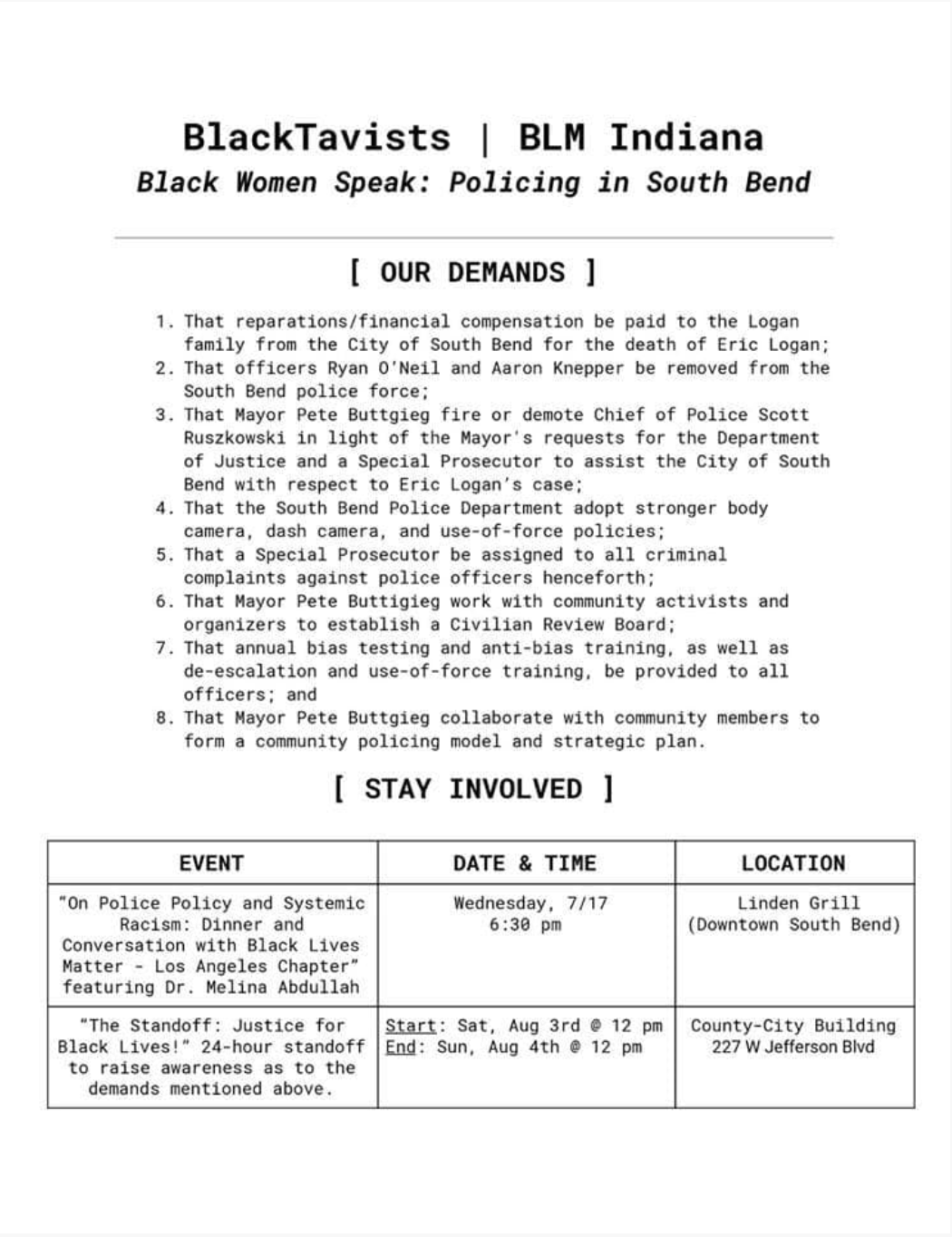 “Today, we welcome O’Neill’s resignation as an important step, perhaps only the first, in the healing of our community,” a spokesperson for Black Lives Matter South Bend said Tuesday.

The group also criticized Buttigieg’s mayoral administration, calling it “reactionary” and demanding that it enforce a “higher standard of conduct” for police officers.

“Lethal force will always be met with strong community reaction … we await the just indictment of Ryan O’Neill,” the spokesperson said.

Harvey Mills, president of the Fraternal Order of Police (FOP), said in a statement: “Sgt. O’Neill did his job and was forced to defend his own life from a convicted felon who was armed with an eight-inch hunting knife. We’re confident that the investigation into the shooting will determine that the action he took was justified based on the law and his training.”