The outcome of Election Day 2020 seems like it could be anybody’s game at times — but there are only four possible outcomes that could have big impacts on both parties, according to Republican strategist Bruce Mehlman Tuesday.

A Democratic win could return power to the party’s moderates, or bring on “Wokepocalypse,” according to “The 2020 Elections and the Future of American Politics,” a presentation compiled by Mehlman of lobbying firm Mehlman Castagnetti Rosen & Thomas.

Meanwhile, a win for President Donald Trump could precipitate losses, like a 2022 Senate flip, thanks to change-hungry voters, or cement Trump’s heirs apparent like Vice President Mike Pence as the country’s leaders in the coming years. (RELATED: Trump Doubles Down Amid Criticism From Left And Right For ‘Why Don’t They Go Back’ Tweet)

Mehlman’s presentation got a shoutout in Tuesday’s Politico Influence newsletter, and not just for the image of Democratic New York Rep. Alexandria Ocasio-Cortez sitting on the Iron Throne from “Game of Thrones.”

Mehlman said while he has a circulation list for his quarterly predictions, he can’t nail down how many people see and share each one.

“Our web counter said [a previous presentation] explaining the 2016 elections has been downloaded more than 300,000 times. But that got picked up by a ton of media and the Twitterverse too,” Mehlman told the Daily Caller News Foundation in an email Tuesday.

What’s In Store For Joe Biden?

The stats may stack up against former Vice President Joe Biden, who’s leading the Democratic field even after a dip in the polls following his less-than-stellar debate performance in June, Mehlman said.

Biden could actually be disadvantaged by his 44 years in government. For example, in the post-Watergate and post-Vietnam War, candidates with more years in Washington have failed to clinch the presidency nine times out of 11, Mehlman calculated. (RELATED: Biden’s Cancer Nonprofit Shutters — Could Be Closed For Good) 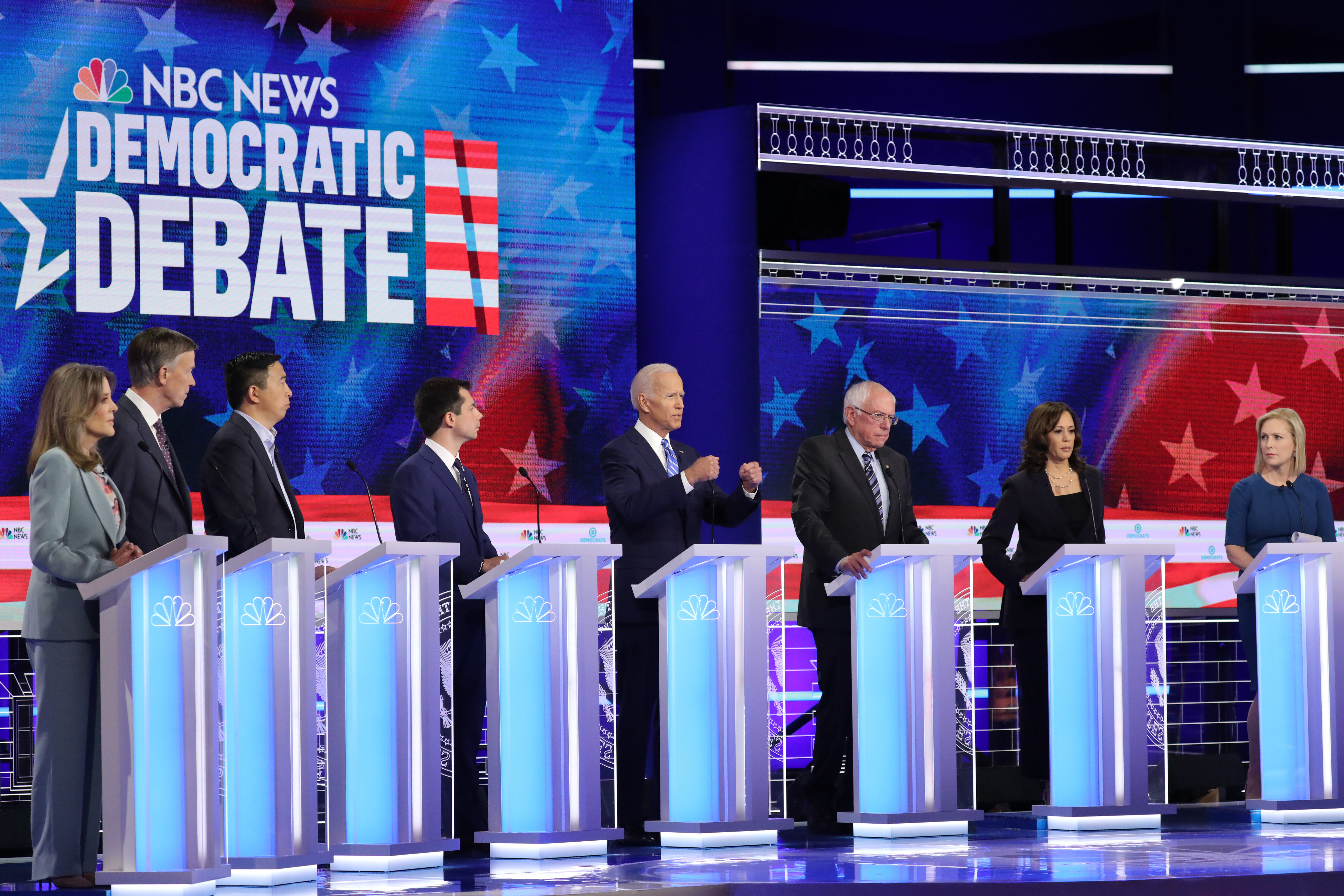 Compound that with progressives’ pattern of attacking Biden for votes from the 1980s and 1990s that no longer represent the liberal viewpoint, and he and the rest of the Democratic establishment could be in trouble.

hadn’t thought about it, but @bpmehlman points out in his latest deck that an establishment dem hasn’t won a presidential general since at least 1976 https://t.co/YPbkSeB64F pic.twitter.com/9lSAMLPFBy

How Do Things Look For Trump?

Mehlman also detailed the pluses and minuses facing Trump in 2020. His fundraising is through the roof, and Trump currently sits in a safe spot for incumbents with no recession to make voters blame him for their pocketbook issues.

But that could change because of abundant “recession triggers” lying dormant in his administration’s policy, Mehlman said. The strategist pointed to the risk of another federal government shutdown, trade wars with the European Union, China and Mexico as well as “war wars” that could come from increased tension with Iran.

1
Trump Orders Thousands Of US Troops To Leave Germany
World
2
All 57 Members Of Police Unit Resign ‘In Disgust’ After 2 Officers Suspended For Pushing Elderly Man
US
3
NYT Writer Describes 'Civil War' Raging Within Company, Says One Side Believes In 'Safetyism' Over 'Free Speech'
Media
4
'You Are Something Else': Trump Chastises PBS Reporter After She Interrupts Him With Questions During Bill Signing
Media
5
Lisa Page Lands New Gig As National Security And Legal Analyst At NBC News
Media