Texas Democratic Rep. Joaquin Castro wants to strike the words “alien” and “illegal alien” from the government’s legal code, arguing that the terms are hurtful to the immigrant community.

“Words matter. It’s vital that we respect the dignity of immigrants fleeing violence and prosecution in our language. The words ‘alien’ and ‘illegal alien’ work to demonize and dehumanize the migrant community. They should have no place in our government’s description of human beings,” Castro, whose twin brother is running for the Democratic presidential nomination, said in a Tuesday press release.

The Correcting Alienating Names in Government Act, otherwise known as the CHANGE Act, calls for the elimination of the two words from the Immigration and Nationality Act and to replace them with the words “foreign national” and “undocumented foreign national.” The Democratic congressman believes doing this would not only humanize illegal immigrants, but increase their safety in the U.S.

“Immigrants come to our borders in good faith and work hard for the opportunity to achieve a better life for themselves and their family. Eliminating this language from government expression puts us one step closer to preserving their dignity and ensuring their safety,” Castro continued in his statement.

Castro is far from the only Democratic congressman to believe the words “illegal alien” are offensive.

“First, no one is illegal. That term is derogatory now because it dehumanizes people. You can say any other forms of maybe ‘coming in without any regulations’ or so forth, but the use of ‘illegal’ is disrespectful and I ask my colleagues to try in so many ways to not dehumanize our immigrant neighbors who are trying to come in for safe haven,” Democratic Michigan Rep. Rashida Tlaib said during a House committee hearing on July 12.

“No one is an ‘alien.’ This is family separation on a massive scale,” Democratic Minnesota Rep. Ilhan Omar tweeted in June. “Dehumanizing immigrants and tearing apart families will not make us any stronger. It will only destroy lives, traumatize children, and make our country less safe.” 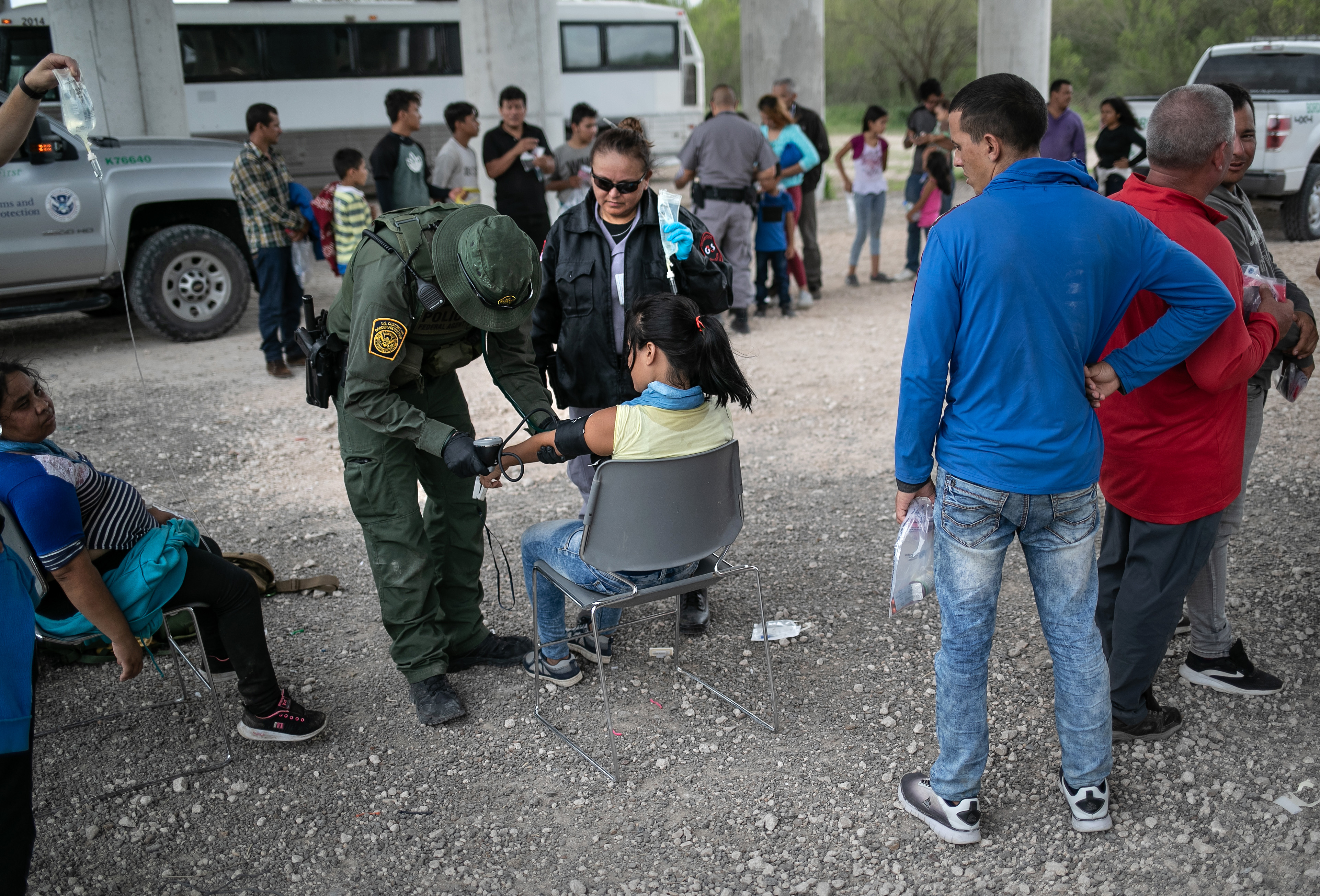 A U.S. Border Patrol medic treats an immigrant for heat exhaustion after taking her into custody on July 2, 2019 in McAllen, Texas. (Photo by John Moore/Getty Images)

The two words have been used for years by the U.S. federal government and immigration agencies and were not meant to carry any negative connotations when first adopted.

The U.S. Citizenship and Immigration Services defines the word “alien” as “any person not a citizen or national of the United States. ‘Foreign national’ is a synonym and used outside of statutes when referring to noncitizens of the U.S.” Non-partisan immigration organizations describe the word in similar fashion. (RELATED: Julian Castro Takes His Border Decriminalization Proposal A Step Further)

Despite criticism from Democratic politicians, most Americans are still very comfortable with the word. Only 26% of respondents to a June Rasmussen poll answered “yes” when asked, “Is it offensive to refer to someone who has entered this country illegally as ‘an illegal immigrant’?” including only 30% of Democrats.