Stevens died Tuesday night of complications arising from a stroke in Fort Lauderdale, Florida. He was 99.

“A decorated World War II naval officer, Justice Stevens was known for his humility, legal acumen, and affection for his beloved Chicago Cubs,” White House press secretary Stephanie Grisham said in a statement. “His work over the course of nearly 35 years on the Supreme Court will continue to shape the legal framework of our nation for years to come. His passion for the law and for our country will not soon be forgotten.”

Trump’s proclamation provides that flags on public grounds, military bases and embassies will be lowered on the day of Stevens’s interment at Arlington National Cemetery in Virginia. Stevens will be the 13th justice buried at Arlington, according to The Associated Press. His plot adjoins those of four other men he served with on the Supreme Court including late Justices William Brennan, Potter Stewart, Thurgood Marshall and Harry Blackmun.

The late justice’s funeral arrangements have not yet been finalized. (RELATED: Was Brett Kavanaugh Saved By His Enemies) 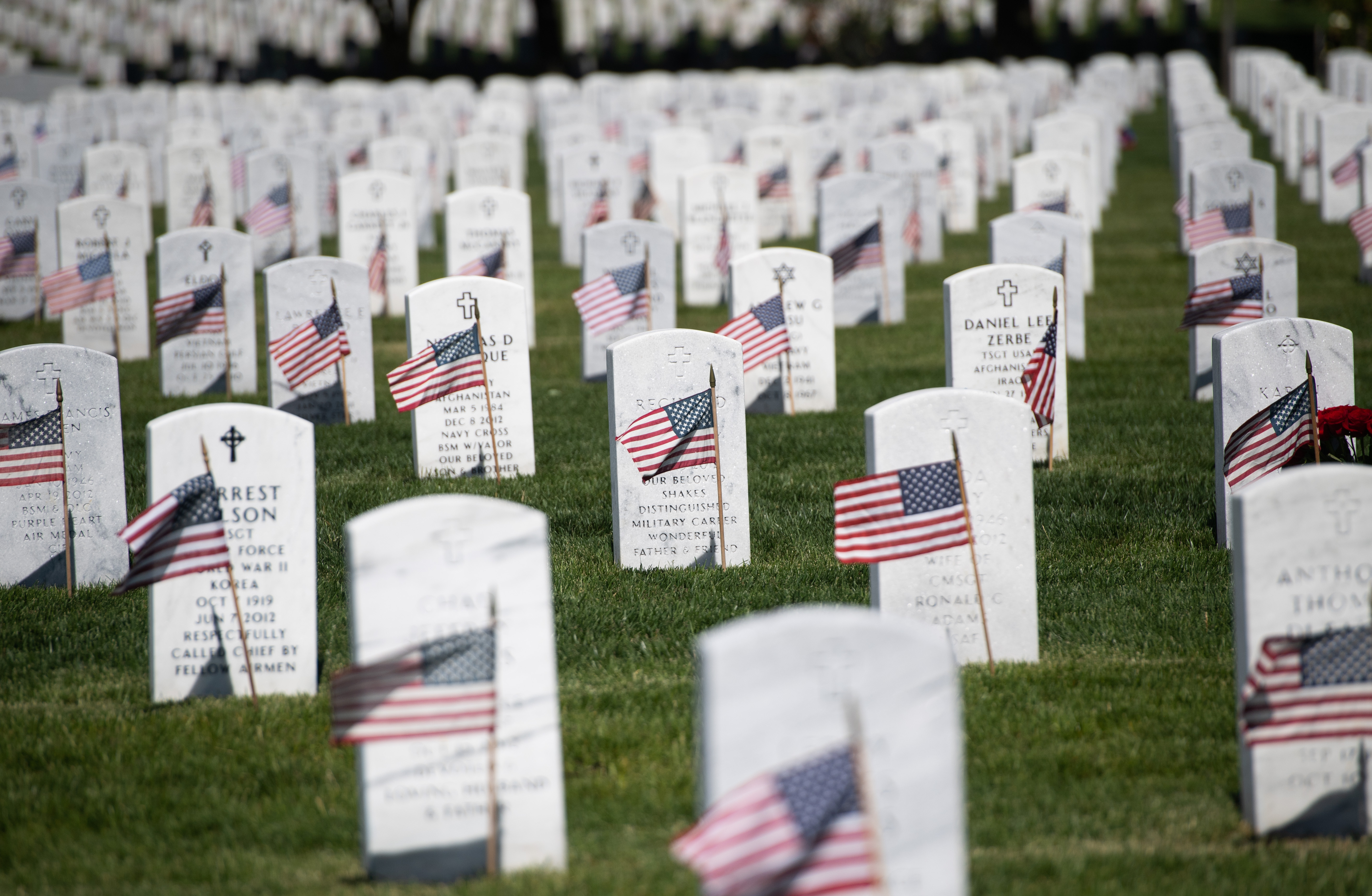 U.S. flags are planted at Arlington National Cemetery on May 24, 2019. (Saul Loeb/AFP/Getty Images)

After graduating from the University of Chicago, Stevens enlisted in the Navy on Dec. 6, 1941 — one day before the Japanese attack on Pearl Harbor. He became a signals intelligence officer stationed in Hawaii decrypting enemy transmissions.

Stevens and his fellow codebreakers secured one of the great intelligence coups of the war when they decrypted Fleet Admiral Isoroku Yamamoto’s itinerary for an inspection tour of the South Pacific. American forces killed the famed Japanese commander in a dog fight air ambush over the Solomon Islands on April 18, 1943. The future justice received the Bronze Star for his role in the operation.

Some court-watchers speculate that Stevens’s military service is responsible for a supposed aberration in his jurisprudence. In the 1989 Texas v. Johnson case, he dissented from the court’s decision to strike down laws barring desecration of the flag, invoking “the Philippine Scouts who fought at Bataan, and the soldiers who scaled the bluff at Omaha Beach.”