The House of Representatives voted Wednesday to hold Attorney General William Barr and Commerce Secretary Wilbur Ross in criminal contempt of Congress for withholding information about the administration’s attempt to add a citizenship question to the 2020 census.

The House voted 230-198 after scheduling the vote because Barr and Ross withheld documents that had been subpoenaed by the Oversight and Reform Committee as part of its probe into the origins of the citizenship question. Since the U.S. Attorney’s office is run by Barr, it is unlikely any further legal action will be pursued.

On Wednesday, Ross called the contempt vote “silly,” adding, “this is just more political theater. It doesn’t really have any substantive basis.”

Chairman of the House Oversight and Reform Committee Elijah Cummings said that Congress is doing its job by holding the contempt vote to hold the Trump administration accountable, The Associated Press reported.

“The Trump administration claimed that the only reason it wanted to add the citizenship question was to help the Department of Justice enforce the Voting Rights Act, but that claim has now been exposed as a pretext,” Cummings said.

Cummings added that Ross and other White House officials have “refused to answer questions about the real reasons behind their effort” to add the citizenship question and that “the mounting evidence points to a partisan and discriminatory effort to harm the interests of Democrats and non-white” voters.

In a joint letter to Pelosi before the vote, Barr and Ross criticized the House Committee on Oversight and Reform, saying the House is “undermining inter-branch comity and degrading the constitutional separation of powers and its own institutional integrity.”

“We write to strongly oppose the pending resolution of the Committee on Oversight and Reform (“Committee”) concerning the decision to reinstate a citizenship question on the 2020 Census. It is unfortunate that in spite of our Departments’ substantial efforts to accommodate the Committee’s interests, the Committee and now the House of Representatives-has chosen to go forward with an unjustified contempt vote regarding a citizenship question that, as you know, will not be asked on the 2020 Census questionnaire,” the two stated in the letter.

“We regret that the Committee continues to recommend the House wield its criminal contempt authority even though we remain willing to work towards an appropriate accommodation notwithstanding the privileged status of the documents at issue and the active litigation that remains pending in this matter. By taking this action, the House is both unnecessarily undermining inter-branch comity and degrading the constitutional separation of powers and its own institutional integrity,” Barr and Ross continued in the letter.

House Minority Leader Kevin McCarthy blasted Democrats when asked by the Daily Caller about the vote, saying their hatred for President Donald Trump and his administration is the reason this vote occurred.

“What the Democrats are doing today is shameful and entirely unproductive, but it’s indicative of their majority as a whole. Instead of putting Congress’ time and resources towards addressing important issues facing the American people today — like the crisis at the southern border — Democrats are focused on yet another worthless resolution that has zero legislative impact,” McCarthy said to the Daily Caller.

“President Trump already said his administration is no longer seeking to add a citizenship question to the 2020 census. So why are Democrats choosing to waste limited congressional time holding two cabinet members in contempt? Because they’ve proven, time and time again, that their disdain for President Trump and his administration far outweighs their commitment as elected officials to help the American people,” McCarthy continued. 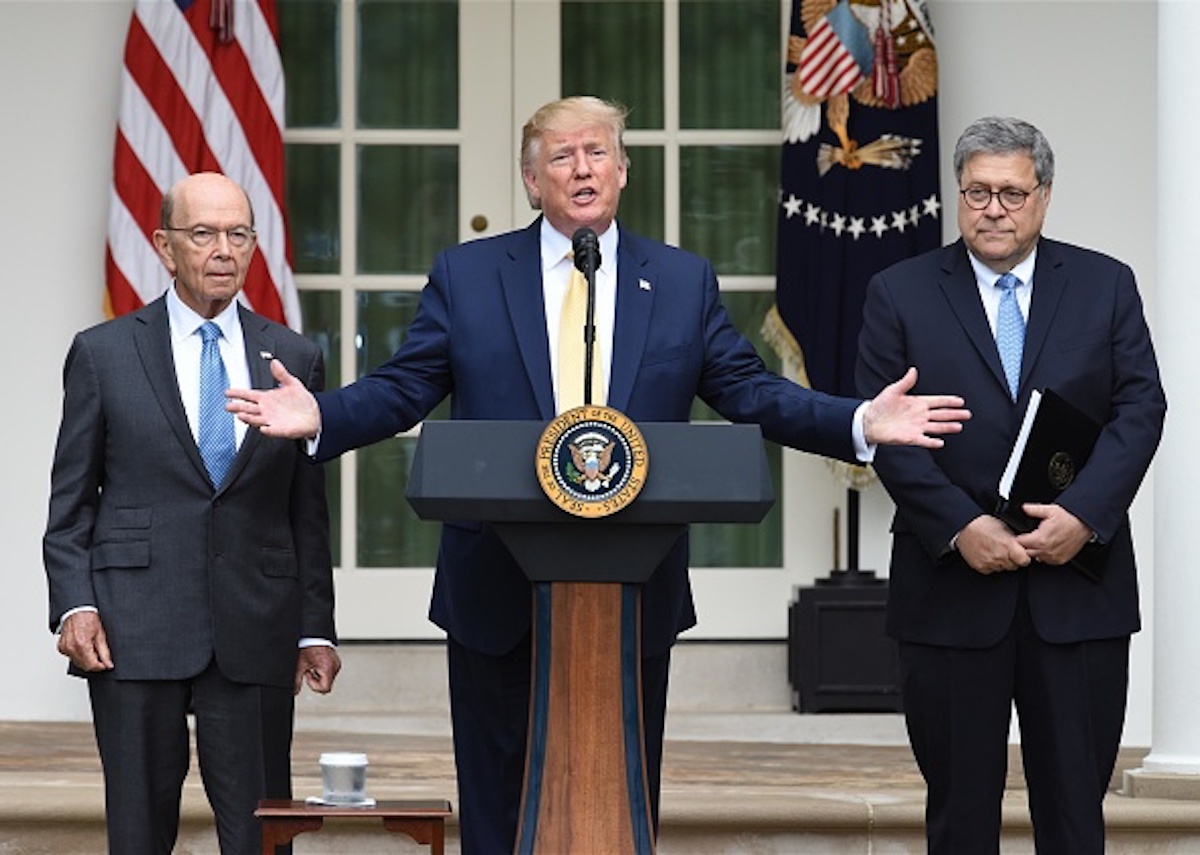 On July 2, the Justice Department said the Trump administration will not include a citizenship question on the 2020 census form.