The reported creator of the viral Facebook page “Storm Area 51, They Can’t Stop All of Us” revealed his identity to KLAS-TV of Las Vegas on Thursday.

Matty Roberts, a California resident, claimed he created the satirical Facebook page, which calls on people across the nation to raid Area 51, the top-secret Air Force facility in Nevada on Sept. 20, 2019. Roberts said he never expected the page to attract so much attention. Since its launch on June 27, 1.6 million people responded they would attend the public invasion, while another 1.2 million are “interested.”

The Facebook page invites attendees to meet up at the Area 51 Alien Center tourist attraction in order to coordinate the entry, an area that has been surrounded by secrecy for decades.

“If we naruto run, we can move faster than their bullets. Lets see them aliens,” the event description reads.

“I posted it on like June 27th and it was kind of a joke,” Roberts said. “And then it waited for like three days, like 40 people and then it just completely took off, out of nowhere. It’s pretty wild.” (RELATED: Study Says People From Texas Are The Most Likely To Storm Area 51).

Roberts said he initially intended for it to be a “meme” page and got the idea after watching podcaster Joe Rogan interview Bob Lazar, an Area 51 whistleblower, about hidden UFO technology in the Nevada desert, according to the KLAS-TV segment.

“It’s entirely satirical, though, and most people seem to understand that,” he said. 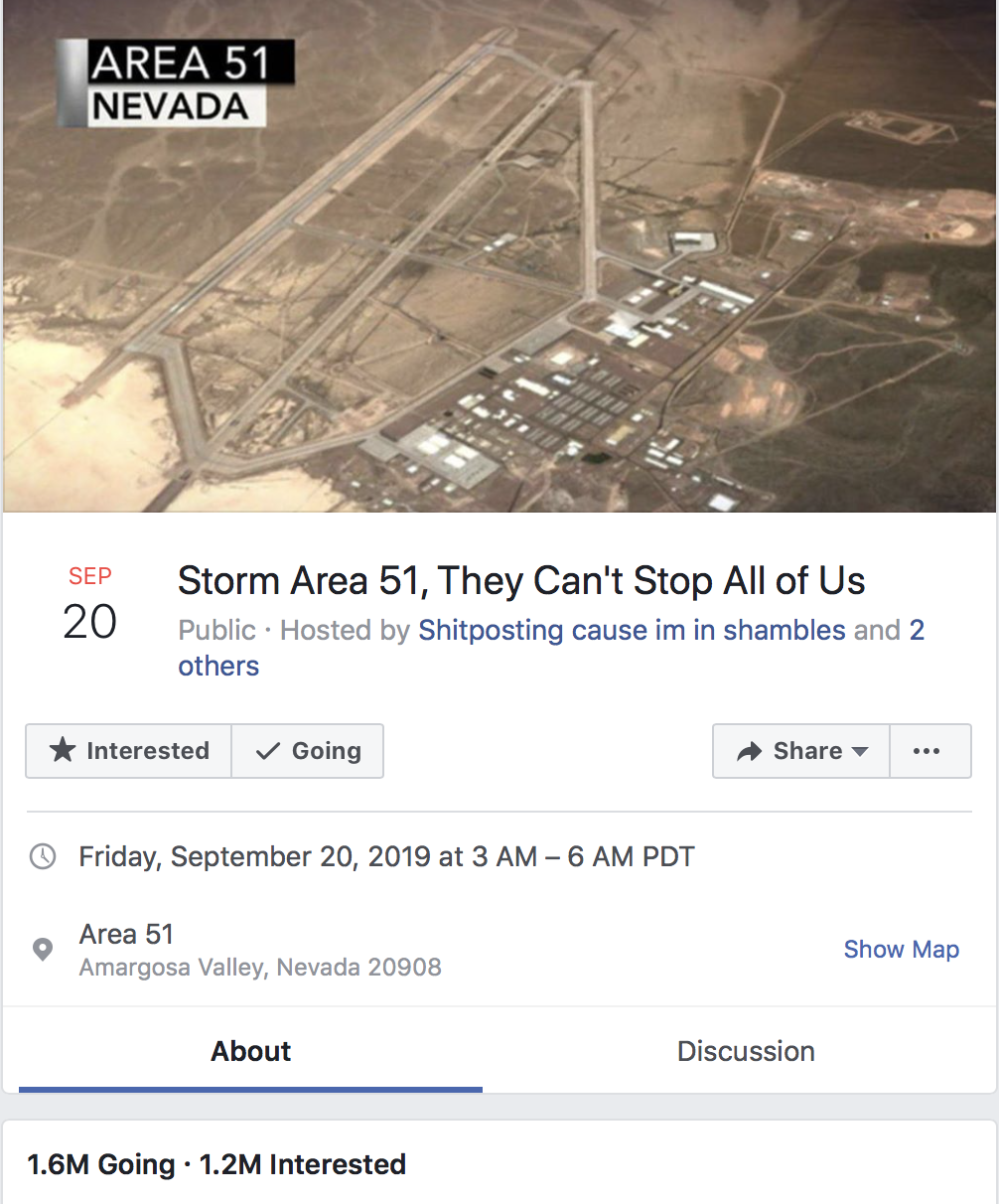 “Storm Area 51, They Can’t Stop All of Us” Facebook page

Roberts was hesitant to come forward as the creator, fearing that the FBI would show up to his house.

Despite its satirical nature, the U.S. military issued a serious response:

“[Area 51] is an open training range for the US Air Force and we would discourage anyone from trying to come into the area where we train American armed forces. The US Air Force always stands ready to protect America and its assets,” Air Force spokeswoman Laura McAndrews told The Washington Post.