Within hours of Pearl Harbor, President Franklin Roosevelt began summoning the heads of American industry to Washington. Roosevelt knew the country would need an unprecedented buildup of planes, ships and other war materiel.

Without hesitation, American companies responded. Ford, Packard, Chrysler, 3M, Hormel, General Mills, Pillsbury, Cargill, Boeing and many other major U.S. companies gave their all to the war effort. At Roosevelt’s request, the president of General Motors even left his company to oversee the war production effort as a lieutenant general in the U.S. Army. Roosevelt’s initial request for 50,000 new airplanes per year was openly mocked by the Germans as outlandishly high and impossible to achieve. But the mighty U.S. industrial base roared to life and pulled it off. By war’s end, the United States was producing 100,000 warplanes a year. U.S. industry literally transformed itself to save our country. It’s fair to wonder if our current CEOs would do the same.

Would American companies in a new globalized economy drop everything for their country? Do American companies even consider themselves American anymore? (RELATED: Peter Thiel Blasts ‘Treasonous’ Google For Choosing China Over U.S. Military)

The Daily Caller News Foundation asked 19 of the biggest names in corporate America if they saw themselves as “American” companies. It shouldn’t be a very hard question to answer. But 10 of the 19 — including Amazon, Apple, Chevron and General Electric — refused to answer altogether. The others mostly gave weasel answers. Only General Motors and the bank JPMorgan Chase were willing to clearly identify as American institutions. And even with them, the actual record is cause for concern. 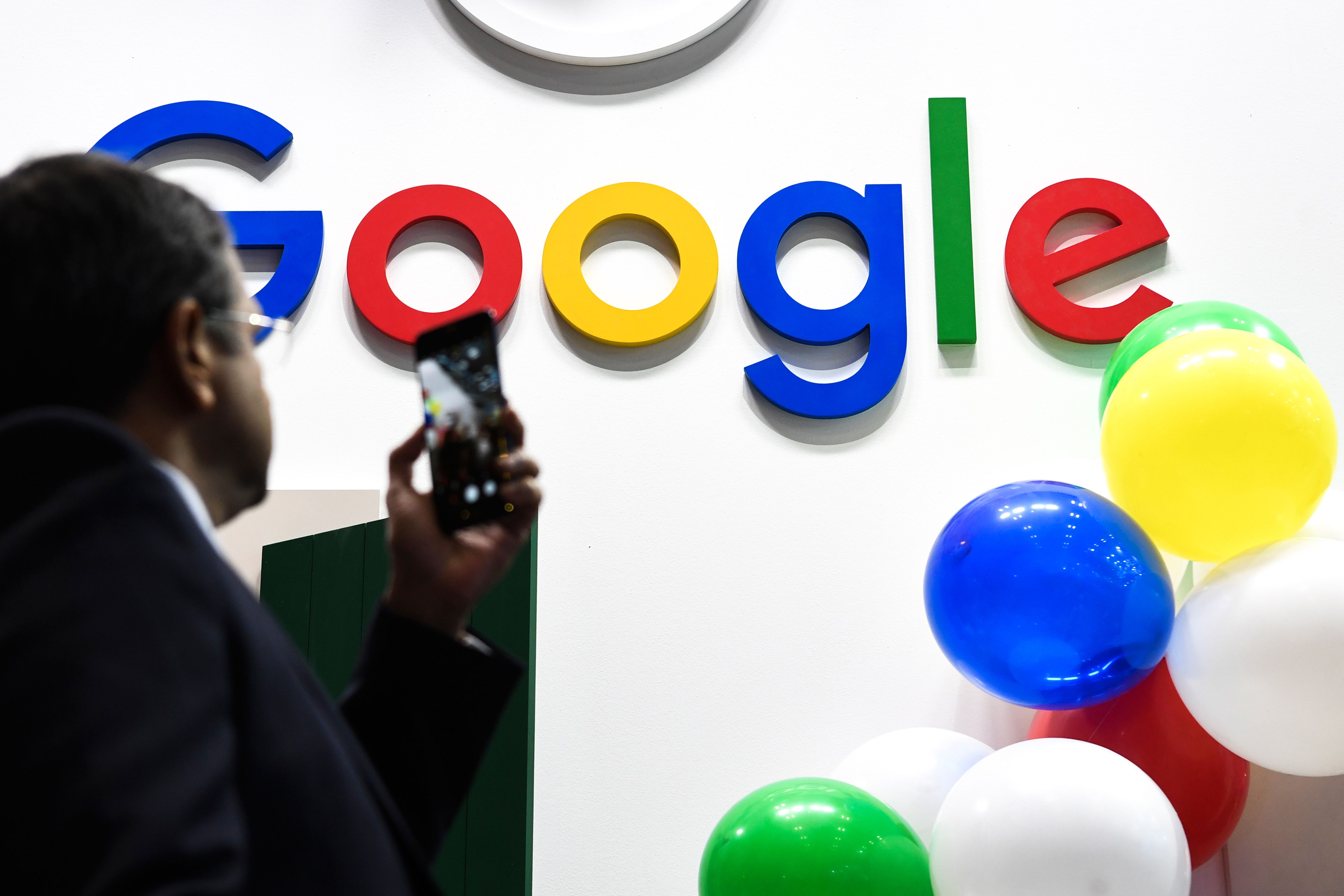 A man takes a picture with his mobile phone of the logo of the US multinational technology and Internet-related services company Google as he visits the Vivatech startups and innovation fair, in Paris on May 16, 2019. (Photo by ALAIN JOCARD / AFP) (Photo credit should read ALAIN JOCARD/AFP/Getty Images)

Billionaire tech investor Peter Thiel brought this issue to light recently when he accused Google of “seemingly treasonous” behavior for cozying up to the communist Chinese government. Amazingly, Google has been working on a censored search engine: Project Dragonfly, built for the Chinese government and designed to keep the Chinese people from seeing a free flow of information. At the same time, Google refused to work with the U.S. military. Thiel suggested that the FBI and CIA should investigate Google, which seems like a good place to start. More broadly, though, can we really call Google an American company? (EXCLUSIVE: Documents Detailing Google’s ‘News Blacklist’ Show Manual Manipulation Of Special Search Results)

Google and many other U.S.-based companies have operations, sales and customers all over the world. They think of themselves globally. They value the bottom line above all. A dollar made in China is the same as a dollar made in America.

The question for America is whether this is sustainable. Every big company has a Washington office dedicated to influencing U.S. government policy and regulation. With our increasingly powerful government and regulatory regime, it’s smart for companies to do this, and there is nothing wrong with it in theory. But now that corporate America is pushing Washington for its often globalist positions instead of for policies that benefit Americans, we may have a real crisis on our hands.

We’re not talking about just a few corporate offices. Washington is completely dominated by corporate America. Big companies fund the influential trade associations all over Washington and hire lobbyists all over Congress and the regulatory agencies. These lobbyists understand our increasingly complex labyrinth of regulations. And they are often writing the laws Congress enacts.

Think tanks are supposed to be independently analyzing and commenting on our policies. But who do you think funds the think tanks in Washington? Corporate America dominates in this sphere as well. When they want a new law or to stop a law or regulation they don’t like, these companies go even further, hiring public relations firms and ad agencies to convince us of their positions. All of this is a multibillion-dollar business.

Lately, when senators and representatives leave Congress, they go to work for the corporate influence machine. Over two-thirds of the congresspersons who retired or lost their seats this last election cycle are now corporate lobbyists. That’s a record level. A seat in Congress has become an extended tryout for a high-paying corporate influence job.

All of this would be of less concern if corporate interests still aligned with actual American interests, but those days seem to have ended sometime between the great industrial ramp-up for World War II and Google’s recent siding with communist China over the U.S. military. Where does this leave the American people?