Officials in Portland, Oregon, are considering a ban on the wearing of masks during protest events, in response to the violent clash that took place in the city between Antifa and right-wing groups.

“A lot of people are emboldened because they know they can’t be identified,” Outlaw said to reporters at a press conference.

Portland officials have discussed the potential outlawing of face-covering masks for those who are attempting to hide their identities while committing a crime, said Eileen Park, a spokeswoman for the mayor’s office. (RELATED: Revealed: Antifa Leader Relied On Anonymity To Push Radical, Violent Communist Agenda) 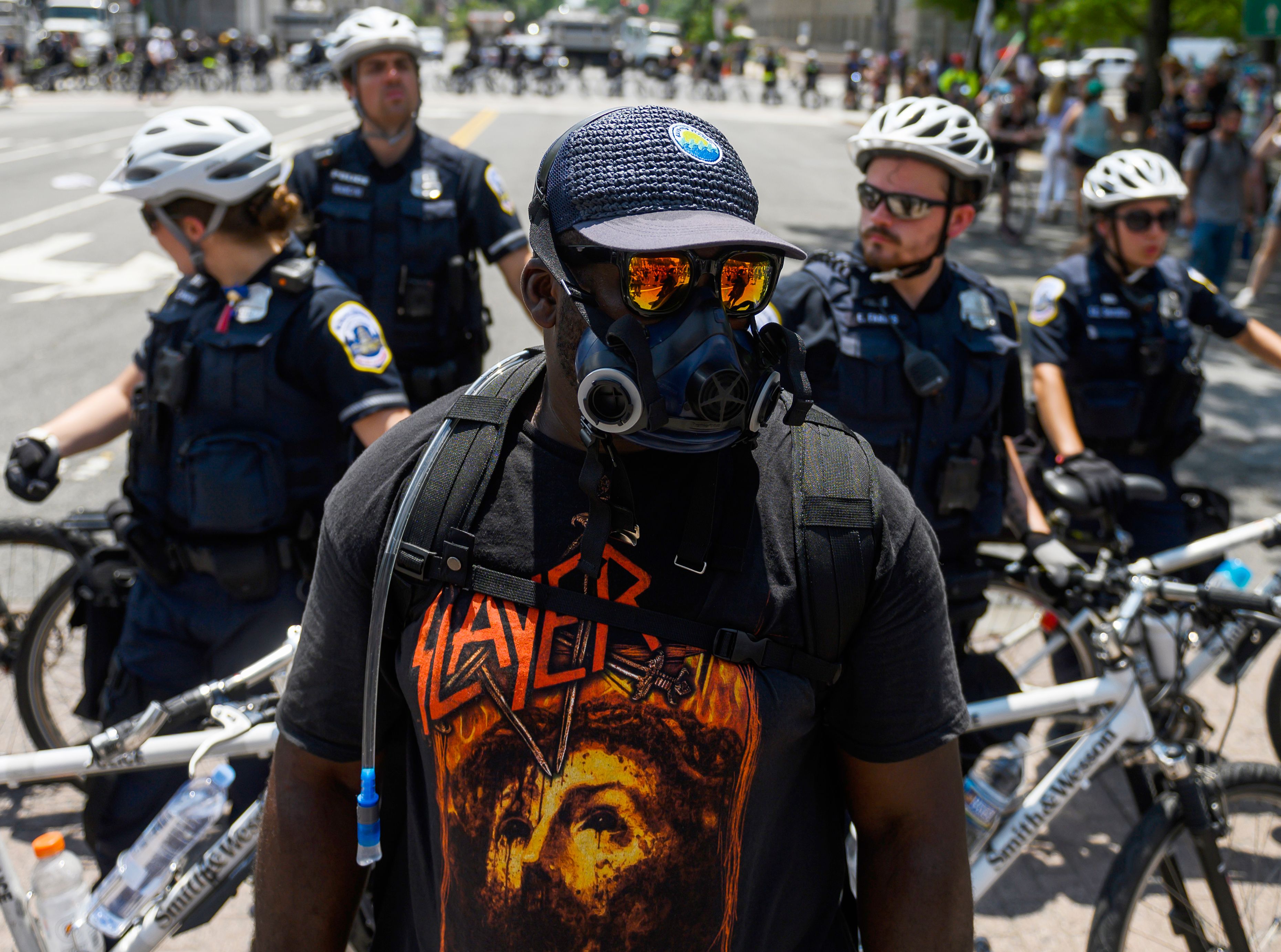 A member of an anti-fascist or Antifa group stands in front of police as the Alt-Right movement gathers for a “Demand Free Speech” rally in Washington, D.C,, on July 6, 2019. (Photo: ANDREW CABALLERO-REYNOLDS/AFP/Getty Images)

Democratic Mayor Ted Wheeler “wants to weigh his options thoroughly and hear concerns from community leaders before making a decision,” according to Park.

The policy is a violation of the First Amendment, the Oregon American Civil Liberties Union says.

“Behavior is the issue, not the mask,” spokeswoman Sarah Armstrong explained, according to WSJ.

“A policy that prohibits wearing a mask to a protest not only risks chilling First Amendment-protected activities, particularly for those who wear ‘masks’ for political and religious reasons, it misses the issue entirely,” she continued.

“The second the mask come off, they even act polite,” Gibson reportedly said.

“If Ted Wheeler is tired of the national attention, all they have to do is enforce a no-mask law,” he continued.

As many as 15 U.S. states enforce anti-mask regulation of some form, much of which stems from efforts to combat the prominence of the KKK during the 20th century, according to WSJ.