President Barack Obama never missed a chance to talk about his environmental record. From his clean power plan to the Paris climate accord to emissions limits on vehicles, he made environmental policy a priority of his administration.

Most of his environmental policy however, centered around his view of carbon dioxide as the most dangerous pollutant the United States produces. Climate change alarmism in the Democratic Party has deep roots, but the rise of a presidential candidate who made it such a major part of his platform, Al Gore, cemented climate change as a Democratic sacrament.

If you disagreed with the Obama administration’s prioritization of carbon, but still consider yourself an environmentalist, then you may have an ally in the White House — President Trump himself.

Carbon-centric energy and environmental policy is a black hole. Because of the gravity of the problem according to climate alarmists, the mitigation of climate change overwhelms any other environmental policy, and leaves behind the bread and butter tangible environmental policies that led to a Republican president, Richard Nixon, creating the EPA. (RELATED: Ocasio-Cortez’s Chief Of Staff Admits What The Green New Deal Is Really About — And It’s Not The Climate)

Indeed, pollution that is directly harmful to Americans is one of the greatest stains on the Obama administration’s legacy, the Flint water crisis that led to thousands of children being lead poisoned is just one example. 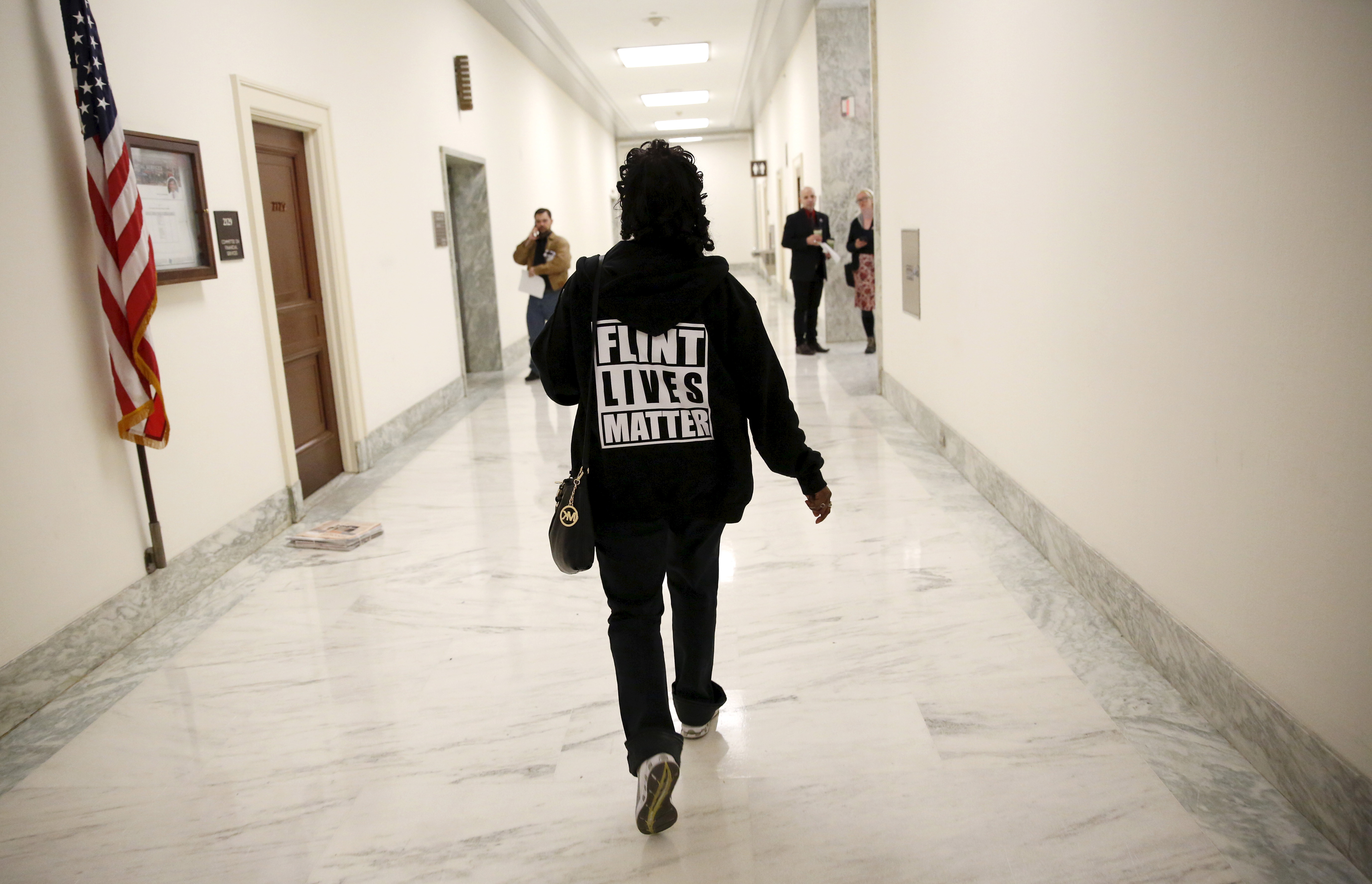 A woman with a “Flint Lives Matter” shirt walks toward a hearing room where Michigan Governor Rick Snyder and EPA Administrator Gina McCarthy will testify before a House Oversight and government Reform hearing on “Examining Federal Administration of the Safe Drinking Water Act in Flint, Michigan, Part III” on Capitol Hill in Washington March 17, 2016. REUTERS/Kevin Lamarque

Under the Trump administration, because of a more even-handed approach to carbon, other environmental issues are receiving attention for the first time in decades. Take superfund site cleanup as an example.

Superfund sites are locations designated by the EPA to have significant levels of hazardous waste that are toxic to human beings and require attention. The funds for these cleanups typically are provided by the companies responsible for the environmental contamination, and when responsibility is unclear or unassignable, the EPA funds their cleanup. The Trump administration has cleaned up more of these sites per year than the Obama administration every did in any of its 8 years.

One of the sites Trump has completed cleanup at is the Allied Paper/Portage Creek/Kalamazoo River Superfund site, where runoff from a paper factory caused toxic chemicals to leach into the environment. The location has been on the list of superfund sites since 1990, but under the Trump administration, a nimbler EPA was able to place it on a priority list in July 2017 and returnq it to public use in just over a year. 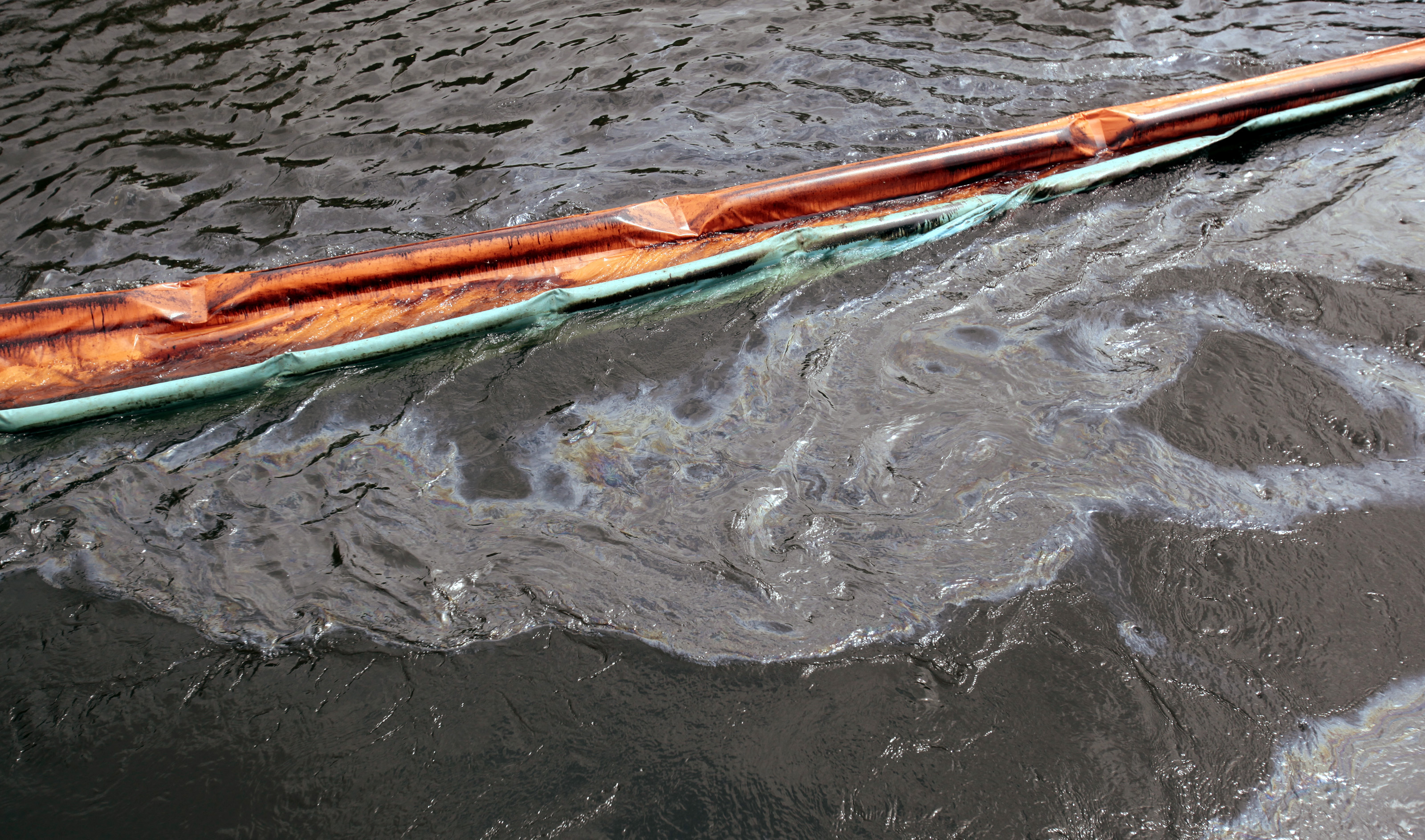 Absorbent booms collect oil from the Kalamazoo river after an oil pipeline, owned by Enbridge Energy Partners, leaked an estimated 820,000 gallons of oil into the Kalamazoo river in Western Michigan, near Marshall July 31, 2010. REUTERS/Rebecca Cook

Another location, the Diamond Alkali/Passaic Superfund site in New Jersey was taken off the list of sites requiring urgent attention just a few days ago, as the Trump administration met short term goals for cleaning up the former arsenic mine that meaningfully reduced the site’s effects on the local population and environment.

The administration is showing no sign of slowing down either. Right after the Diamond Alkali site was taken off the list, three more were added. In total the EPA has achieved short-term goals on 14 of the EPA administrator’s emphasis list since 2017. (RELATED: Trump’s EPA Is About To Do The Unthinkable — Limit Its Own Power)

The EPA is poised to tackle this problem even more effectively in the coming months and years, thanks to the confirmation of the official designated with addressing superfund sites by the Senate. Peter C. Wright was confirmed by the Senate on July 11th after a year and a half long delay caused by concerns from Democratic Senator Bob Menendez.

His concern stemmed from Wright’s position at General Counsel at Dow Chemical before he was hired at EPA. Menendez took issue with Wright’s defense of certain chemicals as non-toxic while he was in that role, where he was tasked with defending the company from regulation. Menendez ended up opposing Wright’s confirmation in the final 52-38 vote, citing these same concerns.

Another block of Senators, led by Sherrod Brown of Ohio, took issue with how the EPA categorizes certain water pollutants called PFAS compounds. They wanted the EPA to categorize these hazardous enough to merit Superfund status in and of themselves when found in the environment. This would expand the list of designated Superfund sites significantly.

The claimed that because Wright was a general counsel at the EPA while awaiting confirmation to the Superfund site leadership position that he was responsible for the designation and that they would withhold their support of his confirmation until the PFAS compounds were addressed.

With the appointment of Wright to the leadership position overseeing the Superfund site cleanup the efficacy of Trump’s EPA on this issue will likely increase. Because of his role at Dow Chemical, Wright has had to recuse himself from a small number of the Superfund site cases, which will be instead be addressed by other EPA officials. 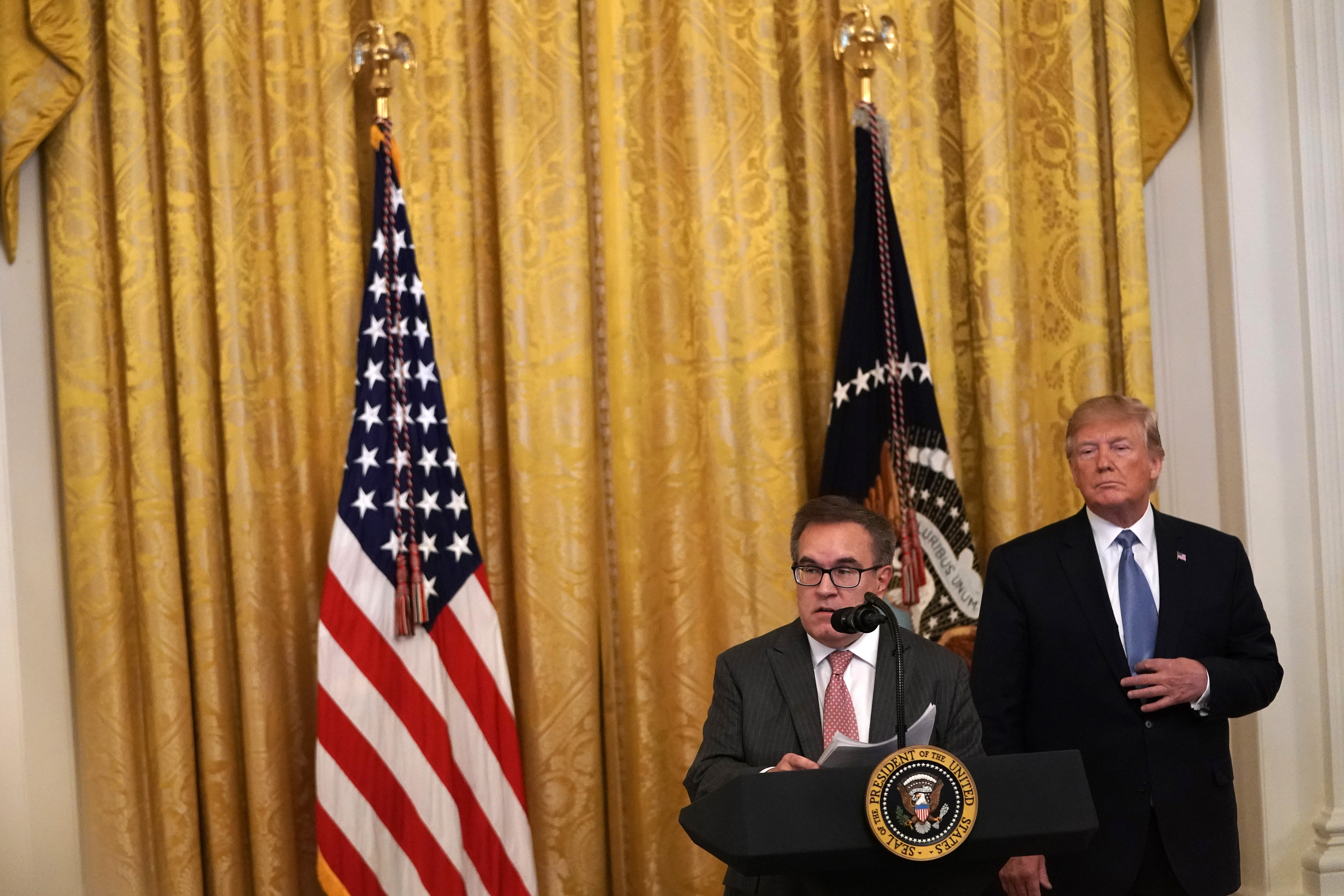 WASHINGTON, DC – JULY 08: U.S. Environmental Protection Agency Administrator Andrew Wheeler (L) speaks as President Donald Trump (R) looks on during an East Room event on the environment July 7, 2019 at the White House in Washington, DC. President Trump delivered remarks on “his Administration’s environmental accomplishments of cleaner air and cleaner water, including helping communities across the Nation reduce air pollution and meet our air quality standards, as well as modernize outdated infrastructure and improve water quality while at the same time growing a strong economy for all Americans.” (Photo by Alex Wong/Getty Images)

Trump touted his record on the environment in a recent speech at the White House where he drew a sharp contrast between the anti-market, radical proposals coming out of Congress under the Green New Deal umbrella, and the more common sense air and water pollution focused policies pushed by his administration. (RELATED: Trump Administration Touts Record On The Environment)

“The previous administration waged a relentless war on American energy. We can’t do that. They sought to punish our workers, our producers, and manufacturers with ineffective global agreements that allowed the world’s worst-polluting countries to continue their practice. … Punishing Americans is never the right way to produce a better environment or a better economy. We’ve rejected this failed approach, and we’re seeing incredible results.”

In his remarks he also mentioned that the U.S. now has the highest access to clean drinking water in the world as well as his administration’s efforts to fight red tides, which are caused when agricultural fertilizer runoff enters local waterways.

He ended his speech with the following.

“When I ran for President, I pledged a strong, growing economy and a healthy environment because I believe that we can pursue both at the same time. We have only one America. We have only one planet. That’s why, every day of my presidency, we will fight for a cleaner environment and a better quality of life for every one of our great citizens. Above all, we will remain loyal to the American people and be faithful stewards of God’s glorious creation, from sea to shining sea.”

1
Fire At Florida Airport Destroys 3,500 Cars
US
2
MyPillow’s Mike Lindell Punches Back At Jim Acosta: Unfit To Print
Editorial
3
'Lost The Credibility': WHO Faces Mounting Backlash For Aiding China's Coronavirus Cover Up
World
4
REPORT: More Than 40,000 People Have Arrived In The US From China Since Trump Restricted Travel
World
5
Was The Stockpile Shortage Under Obama A Result Of The Tea Party? Not So Fast
Media