Five pro-life advocates shared what they want other women to know about their abortion experiences, regrets that came from going through with the procedure, and lessons that have stuck with them as their views changed.

As states like Alabama, Missouri, Ohio, Georgia and Louisiana pass stricter measures on if and when the procedure can take place, organizations such as Planned Parenthood and the American Civil Liberties Union are pushing back with lawsuits. (RELATED: Lawmakers Repeal Abortion Safeguards To Build ‘A Firewall Around Illinois To Protect Access’ To Abortion)

These legislative changes continue to be met with trends like “Shout Your Abortion,” “#AbortionIsAWomansRight” and “#MyBodyMyChoice” on social media, but some women are speaking out against the idea of abortion being an empowering choice.

Here are their stories. 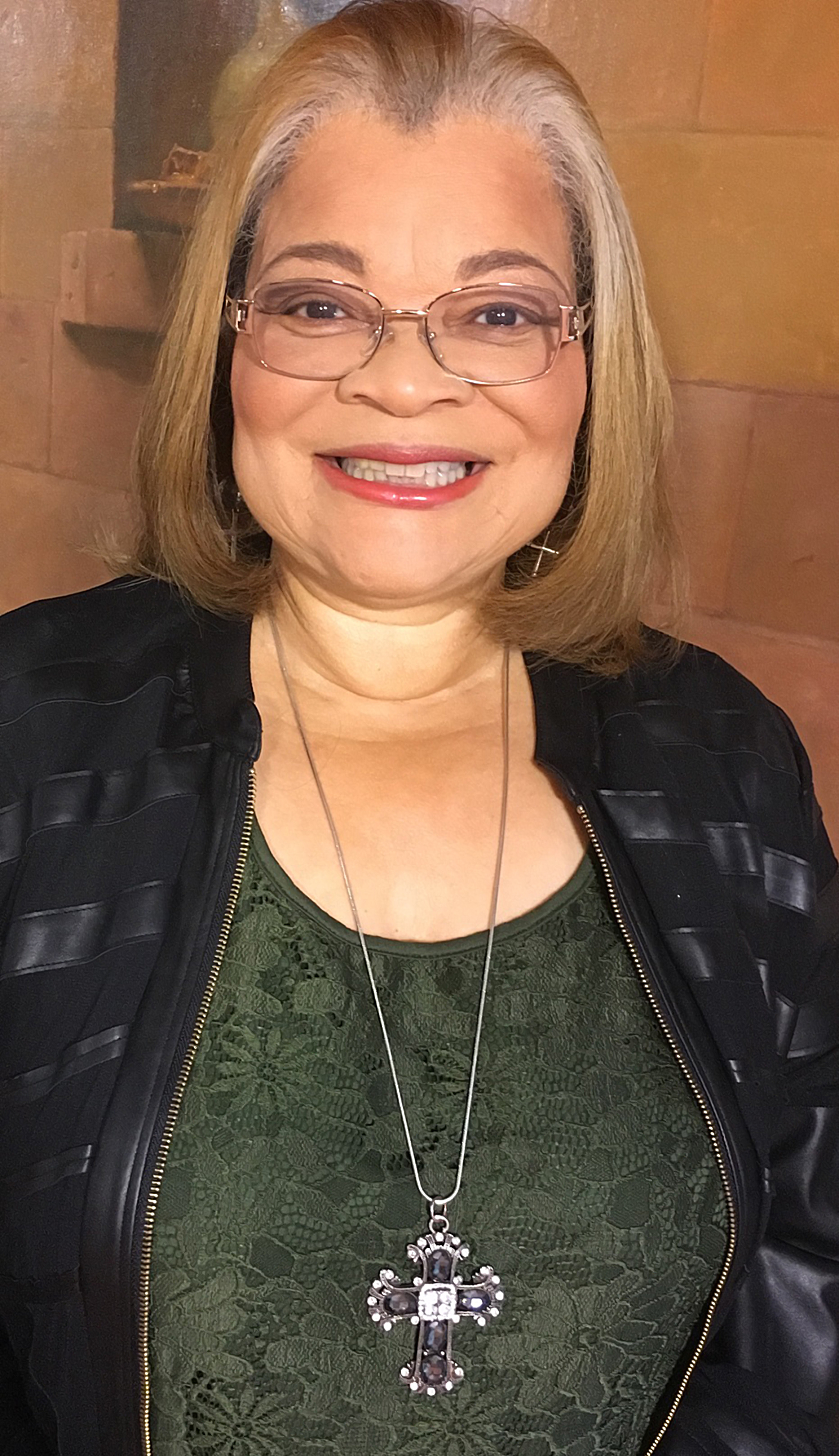 King told the DCNF her OBGYN “coerced” her into getting her first abortion and recommended that she obtain her second one due to struggles within her marriage and the age of her first child.

King is also an activist and a former state representative for Georgia’s 28th District.

King had two abortions and an “abortion-related miscarriage” before she began to look more closely into the issue — before she “experienced the reality of the sanctity of life.”

“If I had told my grandfather he would have helped me chose life. He convinced my mother not to let me in 1950,” she said.

King said she believes women who glorify or “shout” their abortion, a trend in the pro-choice community, are probably coming from a place of interior pain. 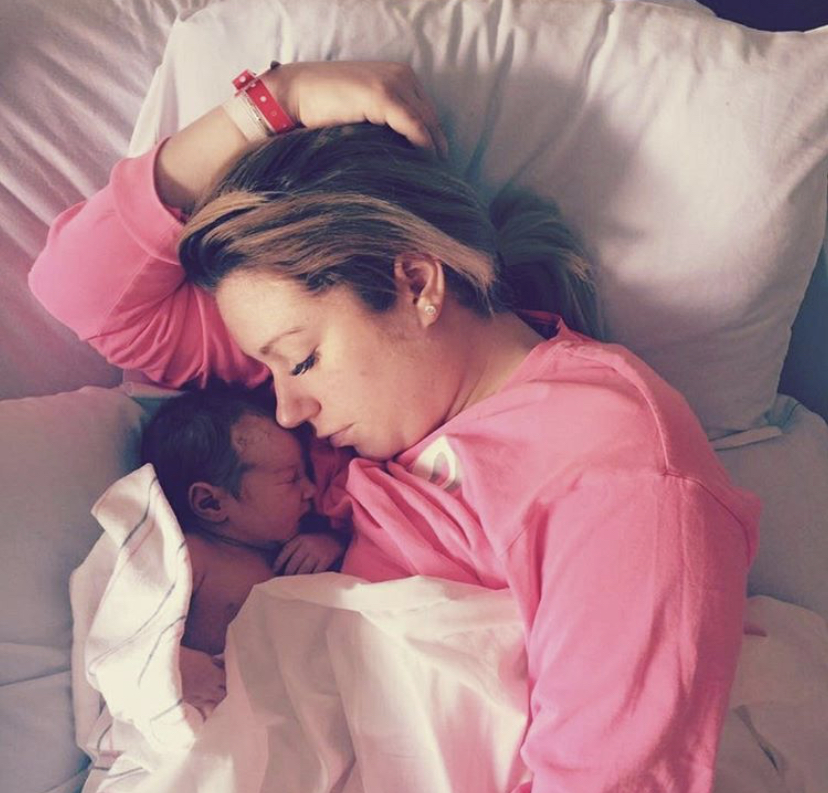 Corinne Kimball, a pro-life advocate and media personality, was 22 when she discovered she was pregnant. She was unsure whether she wanted to have an abortion, and one of her close friends encouraged her to keep the baby.

“When I found out I was pregnant for the first time, I was terrified. I grew up in a Catholic pro-life home, so I knew deep down abortion wasn’t an option for me.”

But she said her family and her boyfriend’s family encouraged her to go through with the procedure, saying a baby would impact their careers.

“When my boyfriend at the time and I spoke with our families, we were told it was ‘best to have an abortion because we had our whole lives ahead of us,'” Kimball told the DCNF.

“I was being tugged in every direction,” Kimball said. “I would sit on the floor of my bathroom and just cry hysterically because I couldn’t think about going through with an abortion.”

Though Kimball takes full responsibility for the choice, she told the DCNF she wishes Planned Parenthood had been honest with her about “the pain, the guilt and especially the options I had.”

“They weren’t trying to help me,” Kimball said. “They were pushing abortions.” 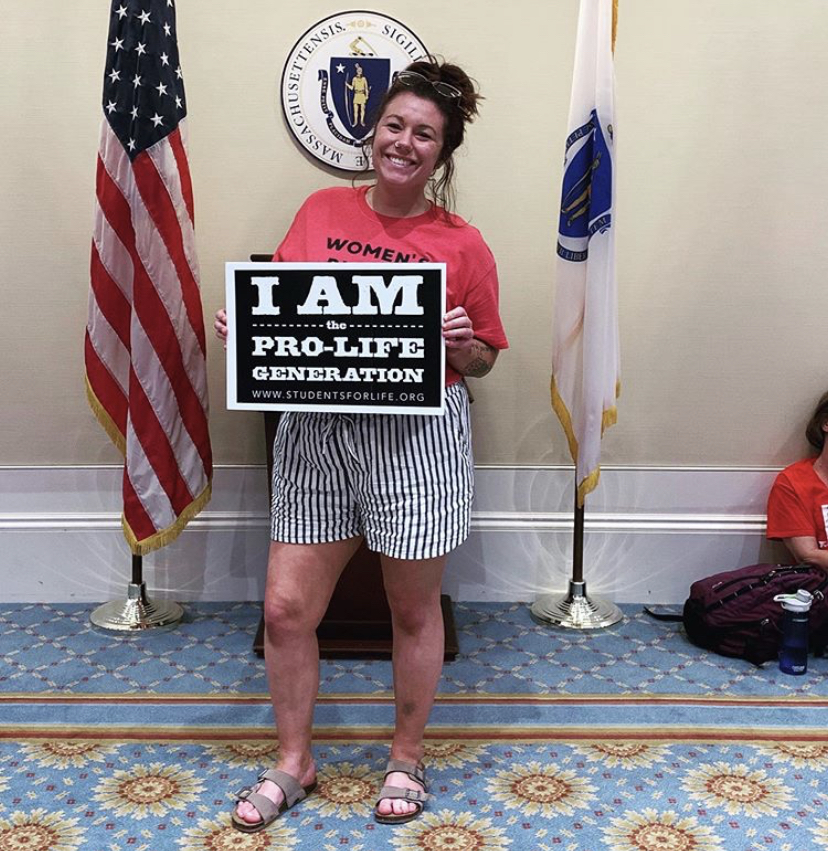 “What about adoption?” Kimball asked. “I was a privileged white girl, living in suburbia, with money and supportive parents — I could support this baby.”

“I was screaming inside for someone to tell me it’s okay, go home, keep the baby, you got this. I never got that,” Kimball said. “What if I wanted help to keep the baby? Not once did I get the feeling from Planned Parenthood that if I had the baby, I would be helped or counseled because if I did … I wouldn’t have gone through with the abortion.”

Kimball explained that after her abortion, she felt “empty but very free,” but soon afterward slipped into depression and suicidal thoughts. Years passed and she began to make light of her abortion and Planned Parenthood to her pro-choice friends. She told the DCNF she donated financially to Planned Parenthood because she felt she could trust and rely on the organization.

Then, she said, she got pregnant again and scheduled an ultrasound with Planned Parenthood, adding that the representative she spoke to said she could not come in for an ultrasound unless she wanted to get an abortion.

Planned Parenthood says on its website it provides “a wide range of safe, reliable health care,” with “caring physicians, nurse practitioners, and other staff take time to talk with clients, encouraging them to ask questions in an environment that millions have grown to trust.”

The organization did not respond to the DCNF’s request for comment.

“This was the moment in my life — one I’m so grateful for — I put my baby before anything else,” Kimball told the DCNF.

She kept her baby, Rey.

Kimball encourages other women who are considering abortions to listen to stories of women who have been through the process.

“I’ve noticed when I share my personal experiences and stories, people react to it with compassion rather than aggression,” Kimball said. “I feel if more women came out and shared their experiences with abortion, adoption and family resources, more people would be open to educating themselves on abortion.” 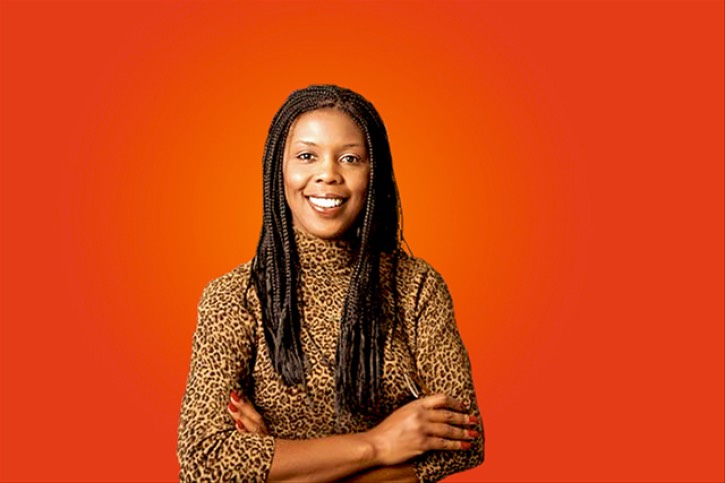 Conservative political activist and president of the Center for Urban Renewal and Education Star Parker aborted several pregnancies before she became pro-life.

Parker told the DCNF she had four of the procedures before “gut instincts” woke her up to the reality that there is something wrong with abortions. When she became pregnant again, she chose not to abort.

Parker told the DCNF she lived a “very reckless and promiscuous life” during the time period when she had her abortions, a lifestyle she said led her to seek abortions “without even thinking about it.”

Parker said she might not have had the abortions if someone had spoken to her.

“Maybe if someone told me not to do it,” she said. “If I knew then what I knew today, I would not have had an abortion.”

Parker added that abortion has been promoted within the black community as a simple life choice, “similar,” she said, “to my life choices to use drugs, and live promiscuously.”

“Planned Parenthood and many other orgs have attempted to get [women] out to shout their abortions,” Parker said. “Every now and then you have one or two that might, but when they go home, I’m not so sure they are content with that.”

“Most of those moments are not shouting moments, they are crying moments, and we need to recognize that,” Parker added. “These women are hurting … deep scars that they carry the rest of their lives. They can pretend all day, they can try to convince their mind, but that knowing heart cannot deny that their lives have changed forever.”

Parker said she wants women who are considering abortion to pause and consider what they are about to undertake.

“There is a unique human potential within your womb,” Parker said. “You should not even consider not allowing that human being recognize that potential. You are chosen to be a vessel to bring a great awe, a miracle into the world.” 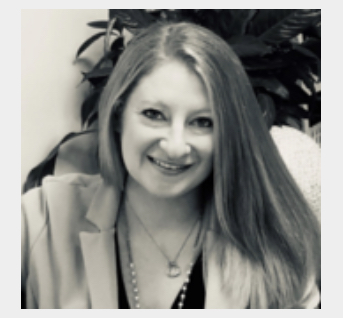 “Abortion is not health care,” Ally Bowlin, who has written on abortion issues for publications including the National Review and Washington Examiner, told the DCNF. “It is not helping society.”

Bowlin said her boyfriend, the father of her unborn child, manipulated her into having an abortion she has come to sincerely regret.

“I was very heavily manipulated and coerced into my abortion from the father [and] current boyfriend at the time,” Bowlin said. “I walked into the clinic not wanting to go through with it, but I fell for his lies and I fell for the lies of the nurses in the facility.”

Planned Parenthood states on its website it will “give you expert care, accurate information about all your options, and non-judgmental support along the way — no matter what you decide about your pregnancy.”

“No one should pressure you into making any decision about your pregnancy, no matter what,” the Planned Parenthood website states.

Bowlin said if someone had told her exactly what an abortion entails, she would not have gone through with the procedure.

“I was raised in a church-going family, but was never taught what abortion truly was,” Bowlin said. “If someone told me the facts and the regret and heartache, I would feel later — for many years — I would not have gone through with it.”

Bowlin said she did not immediately regret her abortion, suppressing the pain until years afterward.

“I did not know my toxic habits such as drinking and promiscuity were part of the grief I felt until five years later when I sought post-abortive counseling,” Bowlin said.

She wants other women to know they do not have to have abortions.

“Ask. Reach out. Don’t be afraid to seek church guidance,” Bowlin said. “Learn what an abortion is, learn the science behind fetal development so you can understand the life inside of you.”

“But ultimately, reach out to women who have been through it and who now speak out against it,” she said. “I became pro-life after my abortion because I learned the facts and I sought counsel for my pain.” 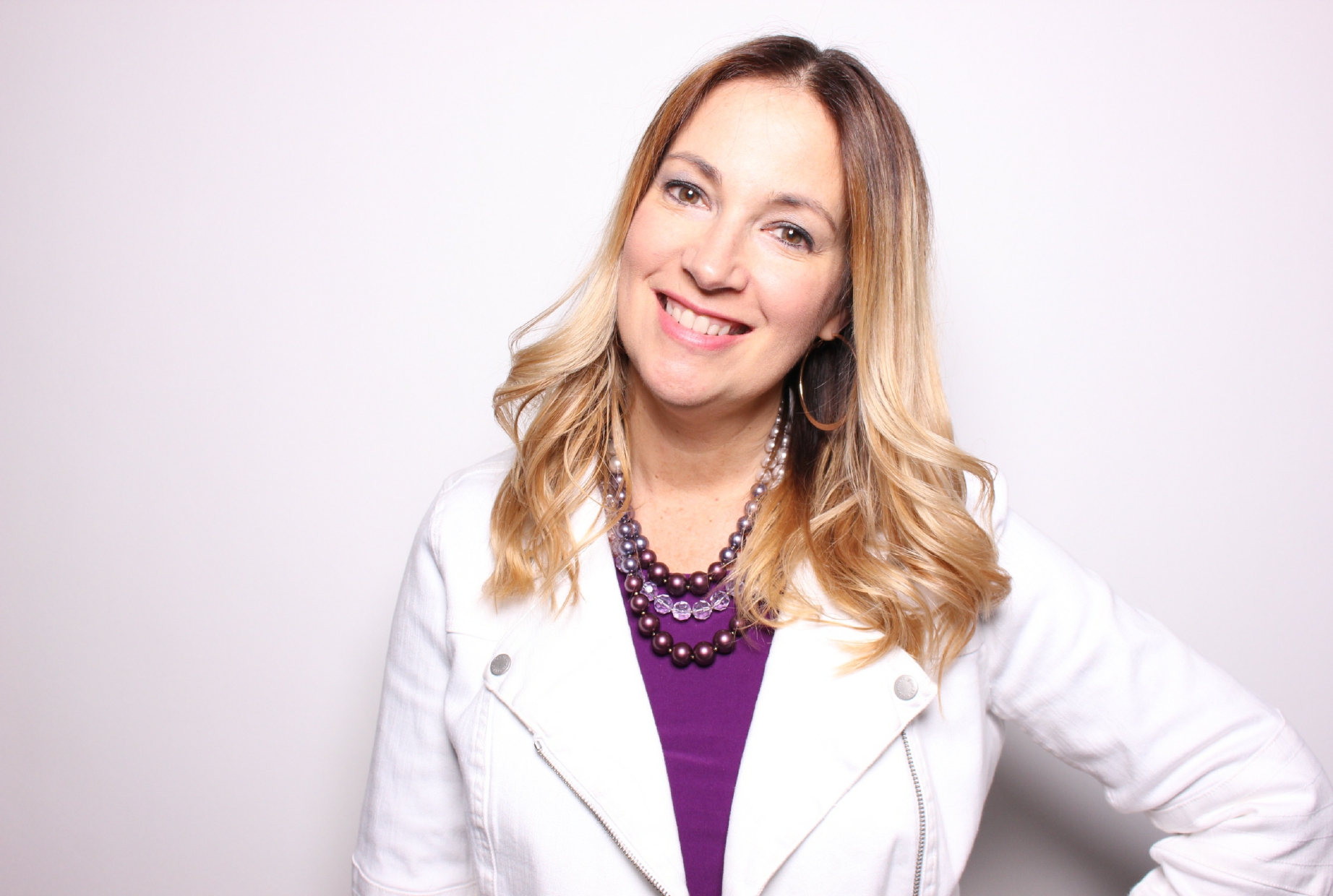 Deanna Falchook, a pro-life blogger, worked as a Disney princess and singer at Walt Disney World when she discovered she was pregnant. Eighteen years old and dating a Disney prince at the time, she explained to the DCNF that no one had ever discussed abortion with her before she had hers.

“I had always wanted to be a mother. But I had learned early in my life from family members who championed the rhetoric of Planned Parenthood that becoming a mother before doing what was perceived as successful was unacceptable.”

“Nobody pushed me into it at the time,” Falchook said. “I was just primed in media and conversations from an early age. And I was in a Christian family in a church that never  talked about teen pregnancy or abortion.”

Falchook said if people had stepped up to take care of her and helped her tell her parents, find child care and money, she would have kept the baby.

“I felt relief for about an hour until I realized there was no turning back,” Falchook said. “And the abortion regret kicked in immediately after. I ended up losing my dream job, breaking up with my boyfriend and being lost. It was awful.”

Falchook described how after she obtained her abortion, she went and cried while her boyfriend seemingly celebrated with friends in the next room.

“Dave had friends over and played video games in the room adjacent to mine, seeming to party in relief as I tried to silence my louder cries in a pillow,” Falchook wrote in an op-ed for the Federalist. “My mind swirled with thoughts of wanting to rewind my decision. I kept reminding myself that just two days before, I had been pregnant. I felt hollow inside.”

Falchook eventually broke up with her boyfriend and quit her dream job at Disney. Now she has seven children, five of them internationally adopted.

“Presenting women with a story that they will be free, empowered by killing their children and then burying the truth that many women fall into a deep depression (some suicide), some can’t have babies, become frigid or have difficulty with intimacy, head into drugs, alcohol, possibly have higher chances of breast cancer, is the worst kind of evil.”

Falchook did achieve her happy ending.

“Years later, I met a great man and became a mother,” Falchook said in the Federalist op-ed. “I am healed now and proudly the mother of seven kids (two by birth, five by international adoption). We now live within miles of Cinderella’s Castle in Orlando.”