Several media outlets quickly removed old posts about Jeffrey Epstein this week, after The New York Times highlighted them as part of a public relations campaign he mounted after getting out of jail in 2009.

HuffPo, Forbes and the National Review published posts characterizing Epstein as a wealthy businessman with a passion for science in the years following his release, without any mention of his criminal past. He agreed to plead guilty to two prostitution charges in Florida in 2008 as part of a deal to avoid potential federal charges for sexually abusing dozens of underage girls. He was arrested in July 2019 and charged with sex trafficking by federal prosecutors in New York. (RELATED: Palm Beach Sheriff Launches Investigation Into Epstein ‘Work Release’ Deal)

HuffPo deleted a post from 2017, which lauded Epstein for “taking action to help a number of scientists thrive” at a time of “anti-science and budget cuts.” Forbes published a piece in 2013 referring to him as “one of the largest backers of cutting-edge science,” and the National Review published a piece referring to him as “a smart businessman” with a passion for science. 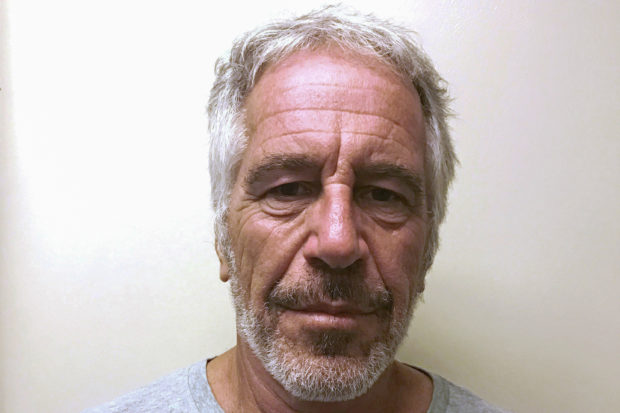 All three outlets got rid of the posts in recent days, after The New York Times identified them and started asking questions. (RELATED: HuffPo Nukes Election Conspiracy Theory From Its Website)

A former contributor to Forbes was paid $600 by a public relations firm to attach his name to a pre-written story and get it published on the site, The New York Times reported. Forbes put an editor’s note on the page saying the story was removed “for failing to meet our editorial standards.” The first two paragraphs, author and headline,  remain for “context only,” the note says. “Science Funder Jeffrey Epstein Launches Radical Emotional Software For The Gaming Industry,” the headline reads.