Mayor of South Bend, Indiana, Pete Buttigieg, may be facing a massive “exodus” from his town’s police officers for his handling of a fatal shooting.

According to Fox News, police in South Bend are considering resigning en masse because they believe the Mayor’s office is not properly supporting the police force in the controversial shooting of Eric Logan, a black male, who was killed by white officer Sgt. Ryan O’Neill.

“Morale around here has been terrible. We do nothing,” said an anonymous officer to Fox News. “We call ourselves firemen, we sit around in parking lots until we’re called and then we go to the call, because if you say or do something wrong, then you get hung.”

Another officer added that morale was “at an all-time low” and that it’s been hard to go into work everyday. (RELATED: Pete Buttigieg Says America Was Never That Great)

An anonymous police source for Fox told them that he believes 10 officers could resign in the next year. Harvey Mills, the President for the South Bend Fraternal Order of Police, said he’s aware of at least 5 or 6 officers who are considering resigning because of how the Mayor’s office has handled the shooting. 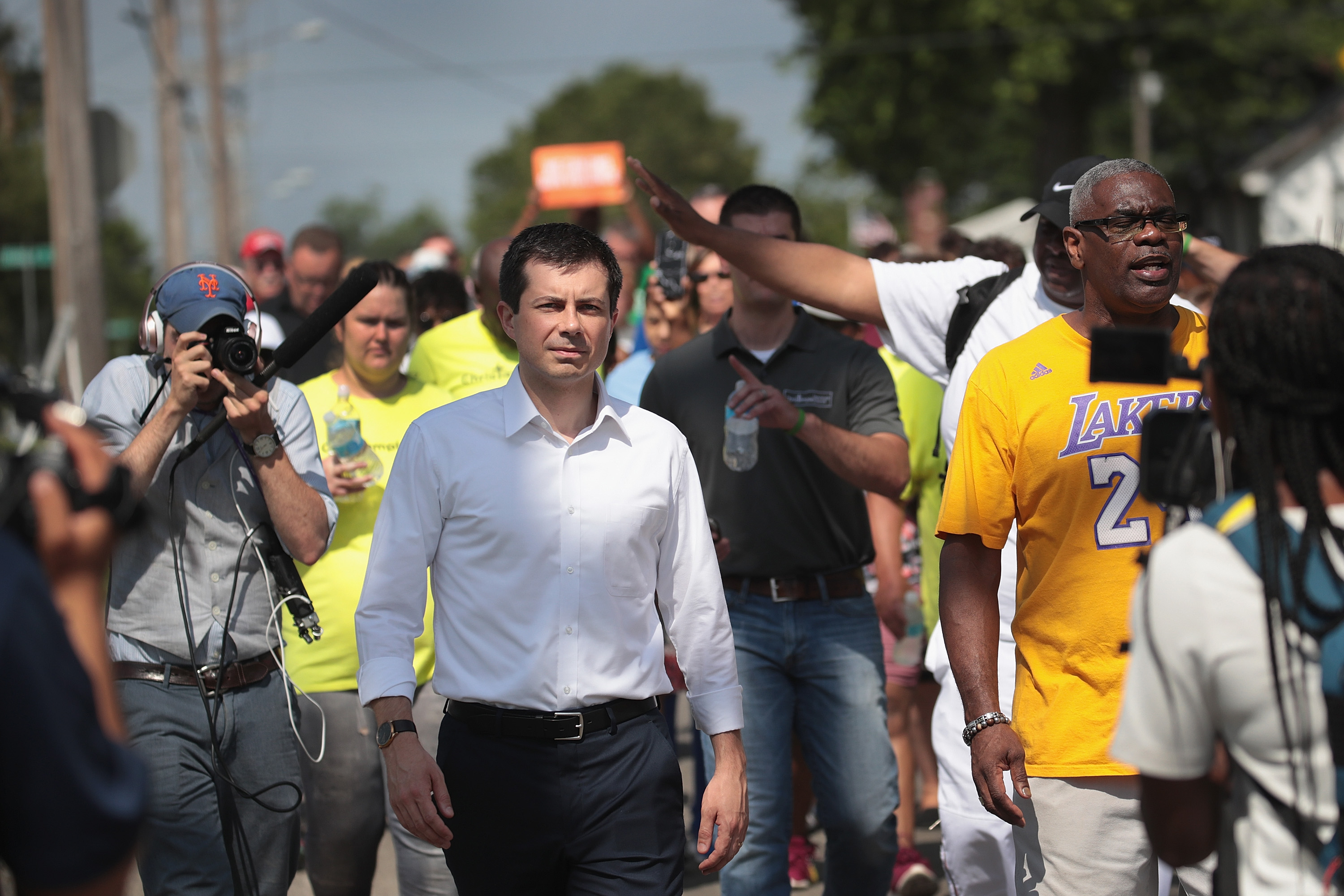 SOUTH BEND, INDIANA – JUNE 29: Democratic presidential candidate and South Bend, Indiana mayor Pete Buttigieg participates in a Peace Walk hosted by Christ Temple Apostolic Church on June 29, 2019 in South Bend, Indiana. The event was held as the funeral for Eric Logan was being held in nearby Mishawaka. Logan was shot and killed by South Bend Police Sgt. Ryan O’Neill who was investigating a report of car break-ins in the area. Logan was reported to be holding a knife when he was shot. The shooting caused outrage in the community and turmoil for Buttigieg as a mayor and as a candidate. “It’s a mess” said Buttigieg referring to the shooting during the presidential debate in Miami on Thursday. (Photo by Scott Olson/Getty Images)

The shooting and death of Eric Logan has caused a lot of controversy for the town of South Bend. O’Neill encountered Logan while responding to a report of someone breaking into cars. He states that he shot Logan because he attempted to attack O’Neill with a knife. Officer O’Neill’s claim could not be verified because his body camera was not on.

Buttigieg was asked about the shooting during the Democratic Presidential debate where he said, “I’m not allowed to take sides until the investigation comes back.” He added,”When I look into [Logan’s] mother’s eyes; I have to face the fact that nothing I can say will bring him back.”

One comment from Buttigieg that has particularly angered many in the South Bend Police force was, “All police work and all of American life takes place in the shadow of racism.”

Since the second Democratic debate, Buttigieg’s popularity in the polls has declined. According to the RealClearPolitics polling average, Mayor Pete holds 4.8%, well behind Harris who leads him at 12.6%.

The Buttigieg campaign declined to comment on the report.