Stevens’s body lay in repose on the Lincoln catafalque at the Court’s great hall Monday, an august space connecting the front plaza with the courtroom itself.

“His work over the course of nearly 35 years on the Supreme Court will continue to shape the legal framework of our nation for years to come,” the White House said in a statement following Stevens’s death. “His passion for the law and for our country will not soon be forgotten.”

The Trumps arrived at the Court just before 11 a.m. The president greeted Chief Justice John Roberts, then stood beside Mrs. Trump before Stevens’s casket with his hands clasped and head bowed for several moments. The pair also viewed Stevens’s official portrait before returning to the White House. 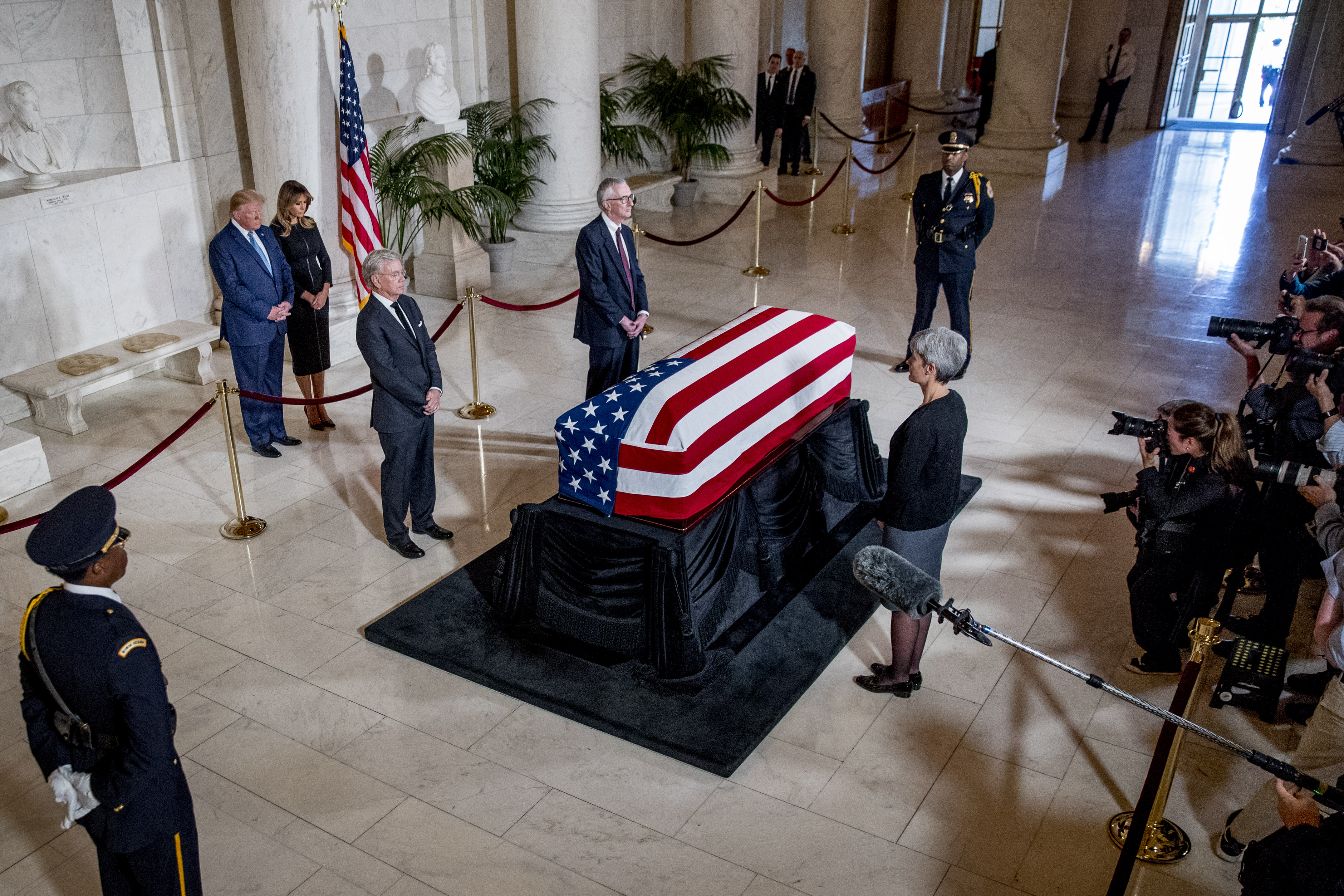 The late justice’s body arrived at the high court Monday morning. Pallbearers carried his coffin up the Court’s marble staircase, with Stevens’s clerks flanked on each side, as is tradition. (RELATED: There’s A Full-Fledged Fight Over The Wall Going On In The Supreme Court)

The chief justice and Justices Ruth Bader Ginsburg, Samuel Alito, Sonia Sotomayor, Elena Kagan, and retired Justice Anthony Kennedy were on hand to for a short memorial ceremony. They stood solemnly while a Navy chaplain delivered a prayer. 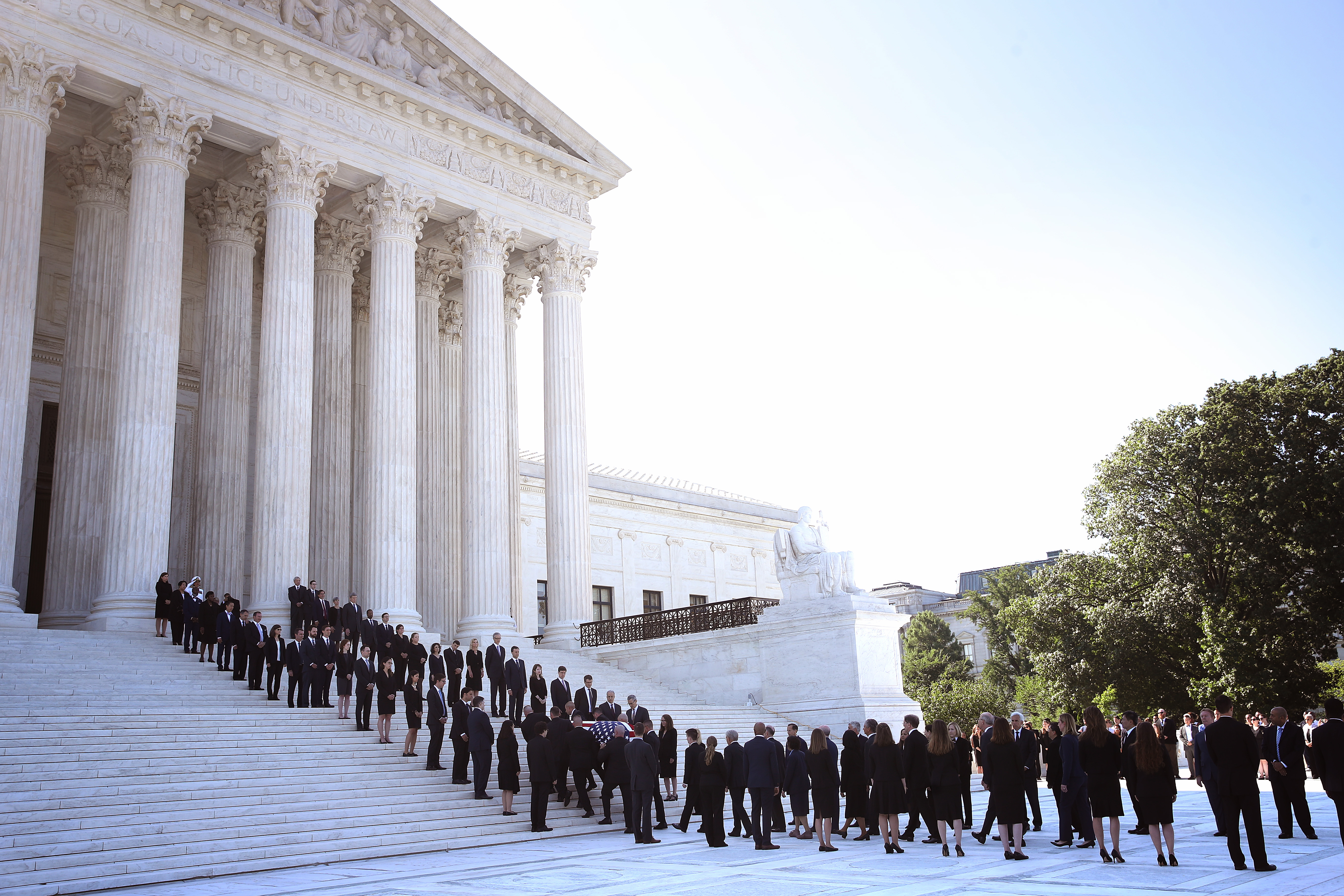 Pallbearers carry the casket of the late Justice John Paul Stevens up the steps of the Supreme Court. (Win McNamee/Getty Images)

The justices were united in their praise for Stevens after his death. Each member of the Court issued statements praising his humility, diligence, and affable demeanor. 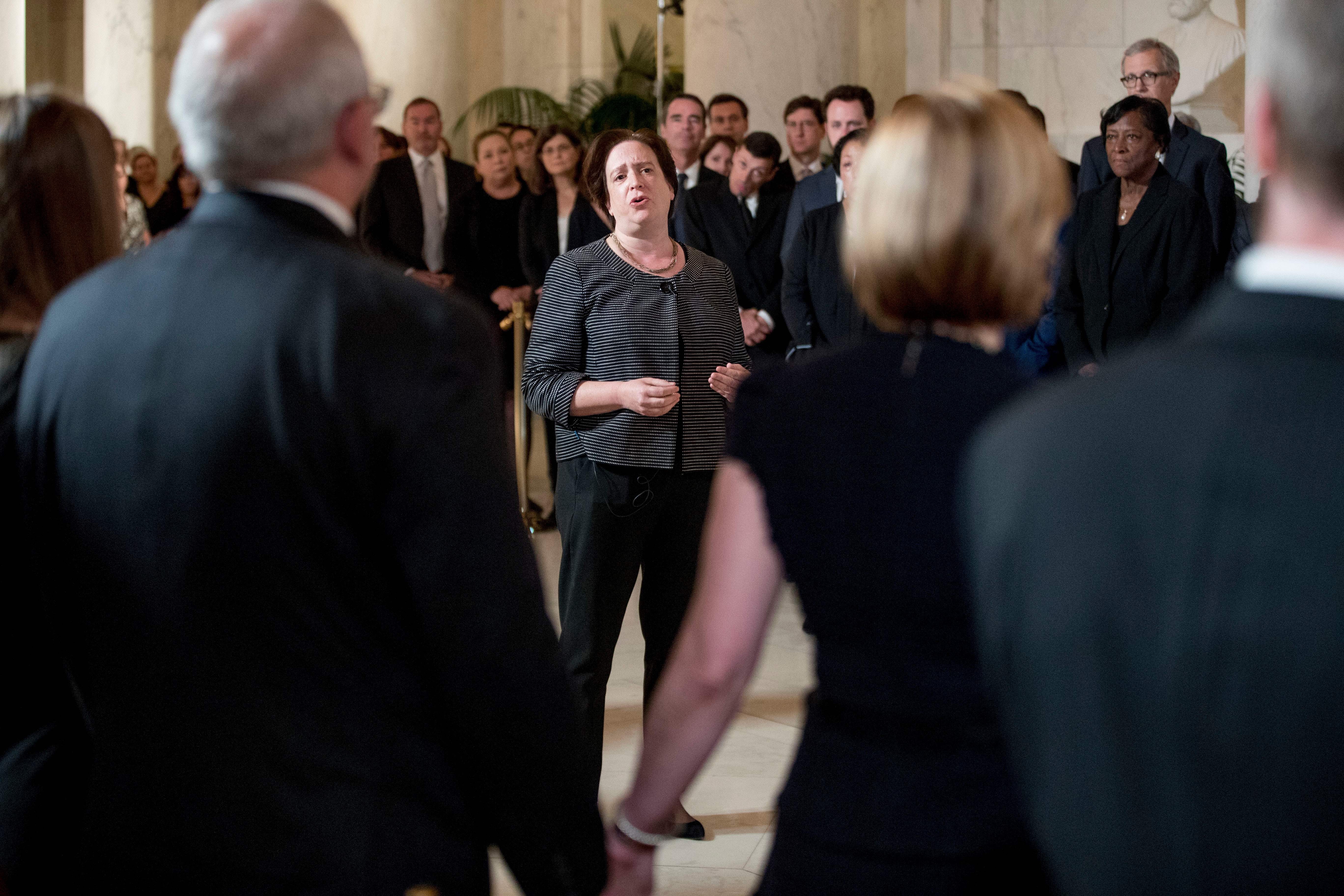 “He was a brilliant man with extraordinary legal gifts and talents which he combined with a deep devotion to the rule of law and a deep commitment to equal justice,” Kagan said.

Stevens died Tuesday in Florida of complications from a stroke at age 99. His 35-year tenure is the third-longest in Supreme Court history. A private funeral and interment at Arlington National Cemetery will follow on Tuesday.