Katherine Fominykh is a sports reporter for The Capital just outside Annapolis, the site of a horrific 2018 shooting at the hands of a reader who was irate over the paper’s coverage of him harassing a woman he knew in high school. Jarrod Ramos brought a defamation lawsuit against The Capital, which was dismissed. He killed five people with a shotgun and injured two others.

Turns out, all you need to express your hatred for journalists in clothing form is $9.90, to be given to @Forever21! Wow, so affordable! pic.twitter.com/MrcYGjgCoz

Pamela Wood, who covers Maryland politics for The Baltimore Sun and previously worked for The Capital, criticized the way the shorts look as well as the anti-media message they convey.

“This is not funny, cute or fashionable, @Forever21,” Wood tweeted. “Why are you selling this product?”

Earlier this week, a science podcaster complained to Macy’s after she discovered that the well-known department store was selling plates she believed were dangerous to women with eating disorders. The dishes said things like “foodie, skinny jeans” and “BLANK.”  Macy’s quickly caved and pulled the plates from their shelves. (RELATED: Macy’s ‘Fat-Shaming’ Plates Under Fire)

Wood doesn’t believe the biker shorts with “fake news” emblazoned all over them, should be pulled, she just wants to bash the shorts and the message.

“To be clear, @Forever21 has a right to sell this product,” she wrote. “We have a capitalist economy and the First Amendment guarantees the right to free speech. However, I also have the right to offer my opinion on the product and to question the company’s choice to sell it.”

The female reporters received pushback from some conservative male journalists.

“And we the readers have a right to say your complaints are BS,” wrote Dan Dainor, who writes about business and culture for the conservative NewsBusters.

Cam Edwards, editor of Bearing Arms, remarked, “You do. And we have the right to consider you a humorless scold.”

Houck pointed out that this is not Wood’s first rodeo complaining about companies touting products with “fake news.” 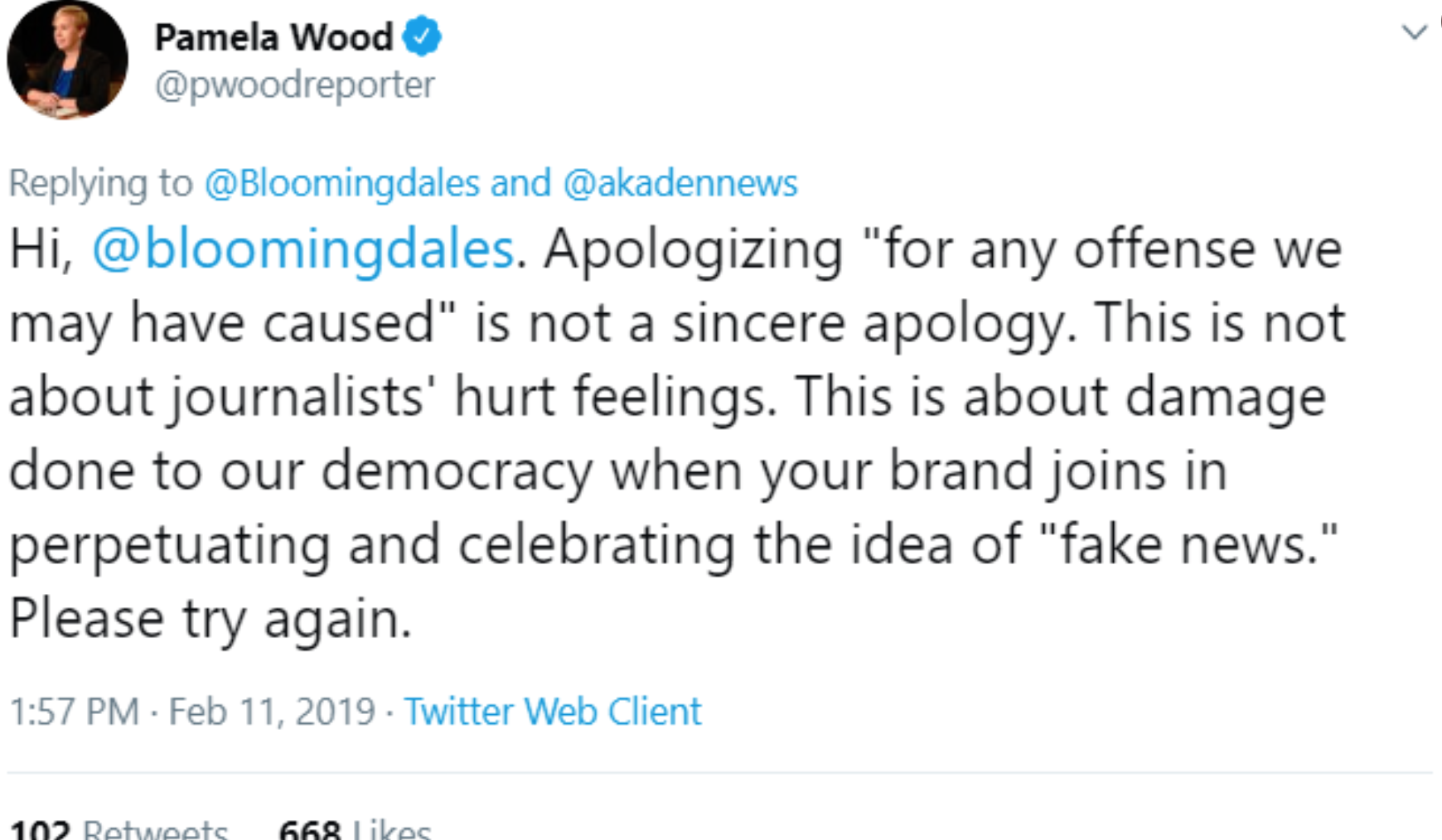