The airspace violated is above two small contested islands Japan and South Korea both claim. Because of this, Japan also scrambled jets in response to the alleged violation, CNN reported. 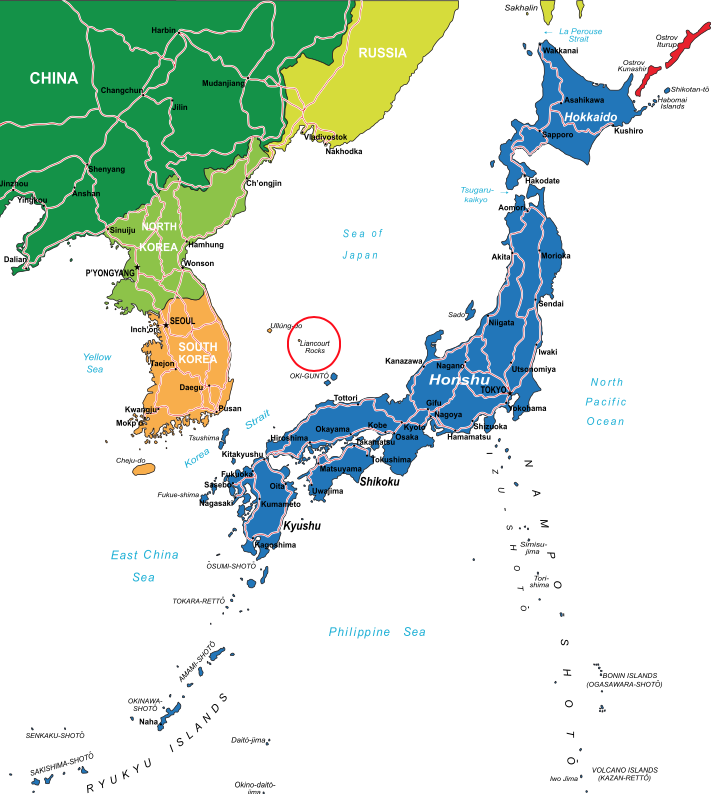 The contested islands known as Dokdo to South Korea, Takeshima to Japan, and the Liancourt Rocks to the international community are located in the East Sea. (SHUTTERSTOCK/Serban Bogdan)

South Korean aircraft “conduced unprofessional maneuvers by crossing the course of Russian strategic missile carriers, threatening their security,” said the Russian Ministry of Defense, according to CNN. The ministry didn’t mention the A-50 command aircraft or the warning shots that South Korea’s Joint Chiefs of Staff reported to have occurred.

Russia also said, according to CNN, the flight was “carried out in order to deepen and develop Russian-Chinese relations” and was “not aimed against third countries.” (RELATED: Russia Violates Critical Nuclear Treaty, NATO Speaks Out)

Despite Russian denial of an incursion, Chung Eui-yong, director of South Korea’s National Security Office, said the 24-minute event is being taken “very seriously,” CNN reported. “And if this kind of action is repeated, we will take even stronger measures,” Chung said.

South Korea said this is the first time a foreign plane has violated its airspace since the Korean War, The Associated Press reported. Because Japan claims the islands and associated airspace as its own, it did not recognize the South Korean warning shots as legitimate defensive measures.

South Korean officials registered their official complaint with China following the confrontation. “China and South Korea are friendly neighbors,” Chinese Foreign Ministry spokeswoman Hua Chunying said, cautioning against the word “violation” when characterizing the actions of the Chinese bombers. “You should be careful when using it [the word violation], because we are not clear about the situation,” she said, reported the AP.