Bette Midler came under fire Wednesday after she suggested President Donald Trump paid “African American men” to be “blackground” at his rallies.

“Look, there are African American men in this shot,” the 73-year-old singer and actress tweeted to her millions of followers, along with a snapshot showing a recent rally of the president’s with a large number of black Trump supporters in the audience. (RELATED: Celebrities Freak Out Over Trump’s Immigration Restriction) 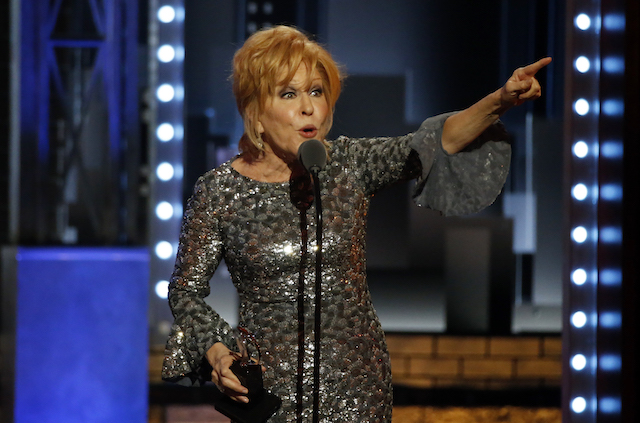 “How much did he pay them to be ‘blackground,'” she added. (RELATED: Rosie O’Donnell, Celebs Continue to Slam Trump Following Executive Order To Keep Families Together On Border)

Look, there are African American men in this shot! How much did he pay them to be “blackground”? pic.twitter.com/pTkoHTIpQl

Shortly after the post surfaced, the “Wind Beneath My Wings” singer was blasted on social media being called a racist and more for the comments.

wow this is a disgusting comment on so many levels? “blackground?” Really? You are really sick, Bette.

#Weak Come up w that all on your own @BetteMidler or was it a line fed to you from a script? From #ProudBlackTrumpSupporter https://t.co/Jri4LPT4kX

You’ve become worse than the thing you hate, @BetteMidler. https://t.co/BdKy8AqDC5

Thanks for reminding everyone that disgusting racism is still alive and well in America…. especially in Hollywood.

It was only her latest attack against the president and Melania Trump since he was sworn into office. Last month, Midler tweeted a derogatory poem about the first lady, per Fox News.

“There once was a girl from Slovenia,” the poem read, referencing FLOTUS. The “Hocus Pocus” star then wrote that Melania avoids all romance situations with her husband, who “plays with his own schizophrenia.”