Legendary Dutch actor and everyone’s favorite bad guy Rutger Hauer has died from an undisclosed illness. He was 75.

Hauer, probably best known for his role as the renegade replicant Roy Batty who battled Harrison Ford in the sci-fi 1982 thriller “Blade Runner,” died at his home on Friday in the Netherlands, his rep Steve Kenis confirmed to the Hollywood Reporter in a piece published Wednesday. (RELATED: Legendary Comic Don Rickles Died At Age 90) 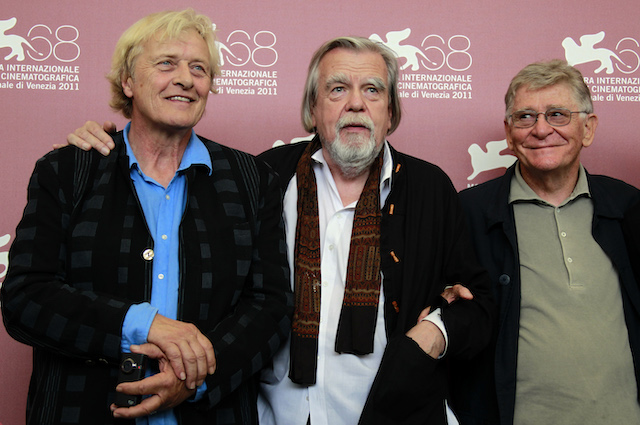 News of his death was withheld by the family until his funeral, which was held on Wednesday. (RELATED: Hollywood Reacts To Death Of Legendary Actress Doris Day)

“He was a wonderful man and terrific actor,” Kenis shared. (RELATED: Watch The First Trailer For ‘Blade Runner 2049’ [VIDEO])

The Dutch actor appeared on the big screen dozens of times during his career in movies like “Ladyhawke,” alongside Michelle Pfeiffer, “The Hitcher” and “Batman Begins,” just to name a few.

Several celebs including, Director Guillermo del Toro, tweeted about the greatness of the late star following news of his death.

RIP Rutger Hauer I had the honor of working with him in ‘Surviving The Game’ https://t.co/o2cQgBF9l2

A very sad goodbye to the great #rutgerhauer #RIP pic.twitter.com/He5eh8X5sI

Rutger Hauer.
I spent several months in the outback of Australia with him.
He was a true sweetheart of a man.
We did a film together, I was very young called Salute of the Jugger/The blood of heroes.
I’ll never forget the Dutch films and BLADE RUNNER. He’ll always stay with me. pic.twitter.com/VTCk0QHEnV

From SOLDIER OF ORANGE to BLADE RUNNER to THE HITCHER to NIGHTHAWKS Rutger Hauer was an intense, dangerous, charismatic and darkly funny film actor. He will be missed. RIP pic.twitter.com/kCMNo0a7I6