The Senate confirmed Brian Buescher, a judicial nominee Democrats pressed over his ties to a Catholic mutual benefit society called the Knights of Columbus (KoC), as a judge on the Nebraska federal trial court Wednesday.

“We are glad that Brian Buescher’s confirmation has once again reaffirmed the principle that no religious test should be imposed on those nominated for public service,” Knights of Columbus spokesman Joseph Cullen said in a statement.

The lawmakers styled the KoC an “all male society” that “has taken a number of extreme positions” on social questions like abortion and same-sex marriage. Though the Knights are not a political group, its national leadership occasionally takes positions that track Catholic orthodoxy. With 2 million members around the world, the KoC is the largest Catholic aid society in the world.

GOP Sen. Ben Sasse of Nebraska, who recommended Buescher for the nomination to President Donald Trump with fellow GOP Nebraska Sen. Deb Fischer, accused Democrats of imposing a religious test. The Constitution provides that “no religious test shall ever be required as a qualification to any office or public trust under the United States.” Sasse introduced a resolution providing that nominees should not be disqualified for public office on the basis of their affiliation with the Knights. The resolution was adopted by unanimous consent in January.

“No religious test is being applied to nominees for federal office,” Hirono said in reply. “If my colleague, the junior senator from Nebraska, wants to embrace the alt-right’s position by offering this resolution, that is his business.” (RELATED: There’s A Full-Fledged Fight Over The Wall Going On In The Supreme Court) 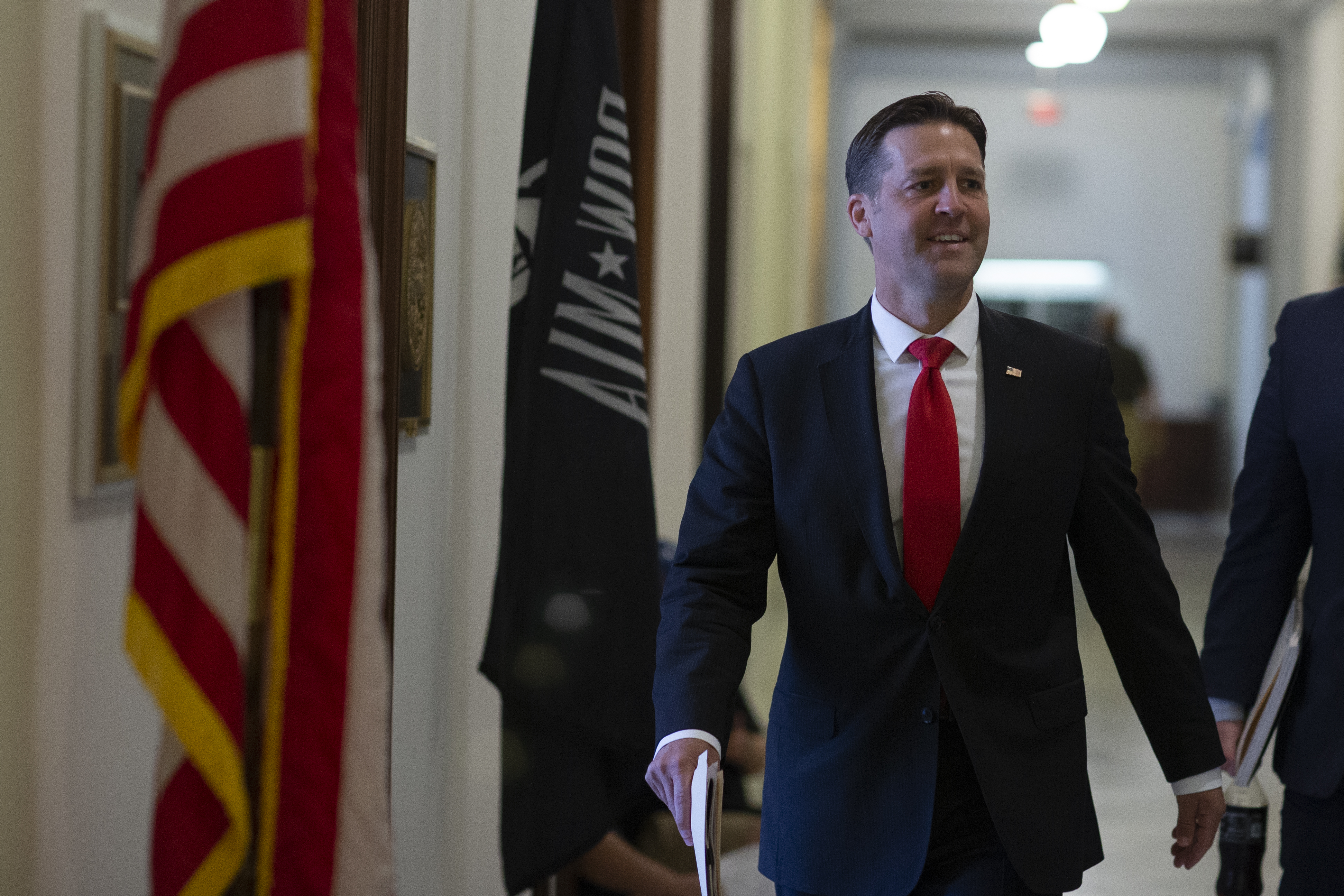 Sen. Ben Sasse arrives at his office prior to a meeting with Brett Kavanaugh on July 12, 2018. (Alex Edelman/Getty Images)

Democrats have pushed other nominees about their membership in the Knights, including Judge Peter Phipps. The Senate confirmed Phipps to the 3rd U.S. Circuit Court of Appeals on July 16.

Other Democrats opposed Buescher’s nomination in view of statements he made about abortion as a Republican primary candidate for Nebraska attorney general. On a questionnaire from Nebraska Right to Life, a pro-life group, he said he supports the “complete reversal” of Roe v. Wade.

Speaking shortly before Buescher’s confirmation, Sasse lamented that the process was infected with anti-Catholic “prejudice.”

“Today is a good day — for this body, for the state of Nebraska, and for every American who is committed to the rule of law including our first freedom, which is religious liberty,” Sasse said Wednesday.

“At the same time, Brian’s confirmation process has been the occasion for one of the most baffling displays of constitutional confusion and of prejudice I’ve seen in my time here,” Sasse added.

Buescher received his law degree from the Georgetown University Law Center. Before his nomination to the U.S. District Court for the District of Nebraska, Buescher was a partner in the Omaha, Nebraska, offices of Kutak Rock LLP, where he chaired the firm’s agribusiness litigation practice. He is a member of the Federalist Society, a conservative lawyers group.